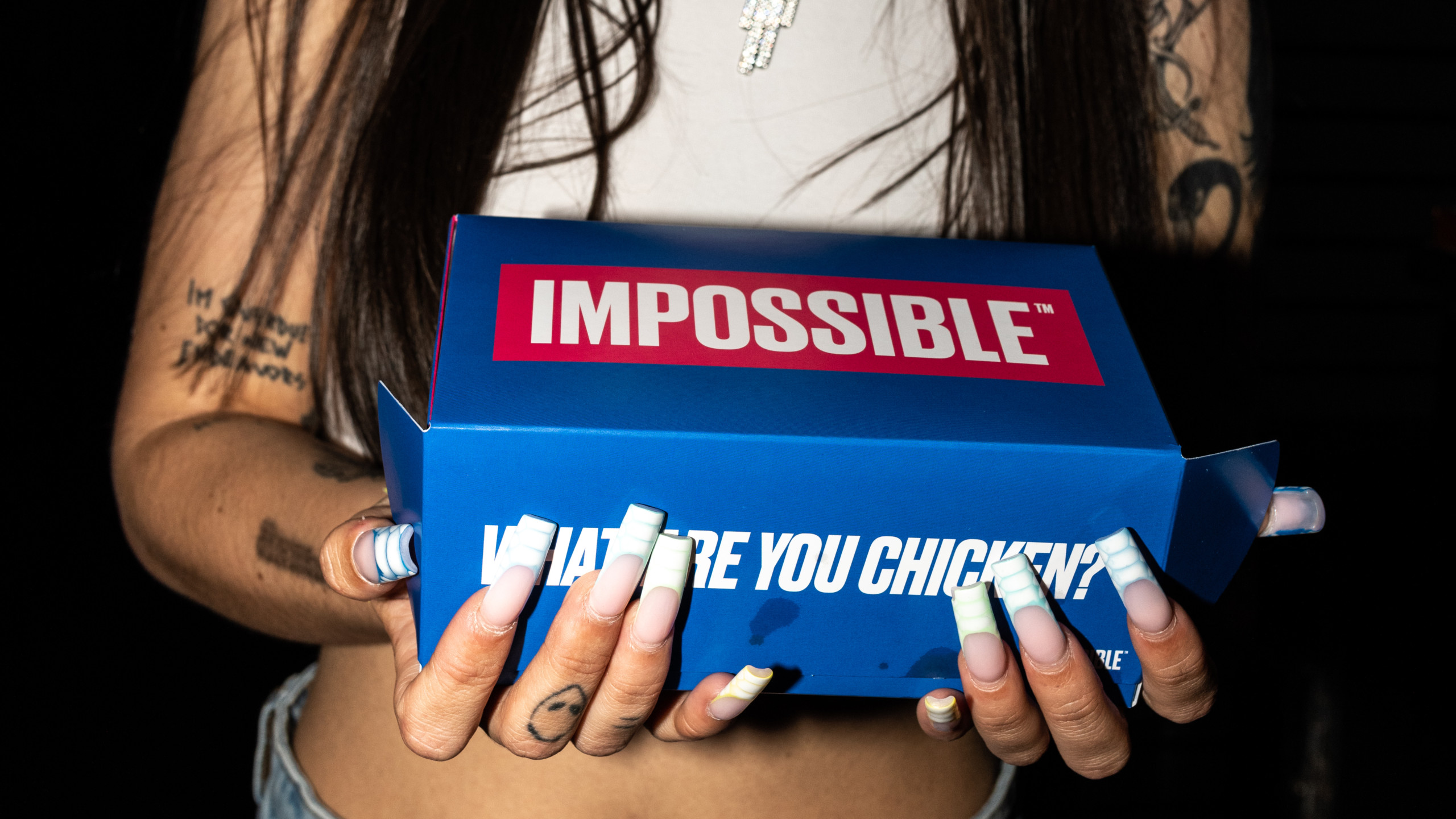 Overheated, the multi-day climate event created by Billie Eilish and Support + Feed at The O2, occurred over the weekend in collaboration with Impossible Foods and Citizen-T to bring its climate action agenda to life at its inaugural event series.

Impossible Foods, the fastest-growing plant-based meat company in the U.S., launched its products in the UK last month and joined forces with Overheated as the official food brand of the event, which will take place over six days (10th, 11th, 12th, 16th, 25th, 26th June 2022) in London corresponding with the Happier Than Ever World Tour dates. Guests will be treated to a bespoke and fully plant-based menu with dishes including Impossible Sausage Kofta made with Impossible Sausage Made From Plants, and Impossible Chicken Parmigiana made with Impossible Chicken Nuggets Made From Plants. Impossible Foods products are made more sustainably and have a vastly lower carbon, water, and land footprint than meat from animals. The menu will be served to over 2,300 visitors in partnership with Levy UK + Ireland, official catering provider to The O2 arena and the UK’s leading sport and entertainment caterer.

Citizen-T, the artist-led, zero waste slow fashion apparel business dedicated to reducing the waste generated by the fashion industry, will be hosting the free Citizen-T Playground, which will be located at All Bar One in The O2 Entertainment District from 10th – 12th June. The Citizen-T Playground will feature a free clothes swap open to everyone who attends The O2 across all three days, encouraging participants to be mindful of the impact of fashion on the environment, and give them the opportunity to grab some pre-loved fashion for themselves.

The two collaborations served as a linchpin of Overheated’s climate action agenda by bringing guests products and experiences that offer solutions to global climate and ecological emergency. The event is due to play host to some of the world’s most influential climate activists across a number of live panel events. Among the big names set to appear are Vanessa Nakate, Tori Tsui, Jack Harries and Samata Pattinson.

CEO of Impossible Foods, Peter McGuiness, will also be appearing as a guest at Overheated Live in a fireside chat with Support + Feed founder Maggie Baird. Together, they discussed how food is one of the most powerful ways to address climate change, as well as the important role young people play in driving progress toward a more sustainable food system.

The full event was filmed by official videographer Mercury Live, part of Mercury Studios. Mercury Live is committed to creating content that is predicated on conserving resources, limiting waste and reducing pollution.

From the 10-13 June the Overheated documentary will be exclusively available to stream on WePresent, WeTransfer’s digital arts and editorial platform. WePresent will also feature an exclusive interview with Maggie Baird about the project and her climate mission, as well as the Overheated Digital Guide that everyone can download to enjoy information and ideas to help reduce their own carbon footprint

Maggie Baird, founder of Support+Feed said, “We are thrilled to be in London and to have this opportunity to connect and discuss different ways we can take action to mitigate the climate crisis.”

Peter McGuinness, CEO of Impossible Foods, said: “I’m thrilled to be bringing our food to our friends and fans at Overheated and to support the next generation of changemakers shaping the future of our planet. Billie, Maggie, Support + Feed and Reverb are assembling an inspiring cohort of people who recognize that the food system is one of the most powerful tools we have to address climate change. It’s an honour to join them and to help feed their movement for climate action.”

“I am thrilled to be among such global champions of climate change. Our mission to save 1.4M garments from landfills this year is getting closer and closer to reality as a result of the artists we work with, the fans that support their views and those who make educated purchases by questioning who profits from your purchases and what impact will your purchase have on the planet. Together we are making a difference.”

“Our participation at Overheated is another example of our commitment to mother earth, the artist community and our continued success as one of the fastest growing sustainable merchandising companies on the planet. We challenge all touring artists to commit to a 5% allocation of their merchandising programs in 2022 to an upcycled and sustainable solution by Citizen-T or other eco-conscious provider. Followed by a further 10% in 2023. Together we can make old new again. Your fans are watching.

“We worked together with the Impossible Foods team to create a range of plant-based dishes, including Impossible Sausage Kofta and BBQ broccoli stalk and the Impossible Chicken Parmigiana, for 2,300 guests and two Overheated events.

“The culinary team is honoured to be playing its part in the Overheated event by delivering plant-forward food that makes a real difference to the planet. Sustainability is at the core of everything we do at Levy and we have committed to Net Zero across all venues in the UK by 2027.”