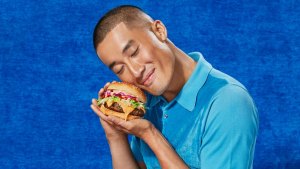 Impossible Foods has netted $500 million in its latest funding round. The plant-based meat company has now raised a total of nearly $2 billion.

Impossible is now the fastest-growing plant-based meat company in retail, it stated in a news release. Further, the brand has now overtaken its 10 leading competitors – combined.

Existing investor Mirae Asset Global Investments led the recent round, as it did in March 2020 when Impossible closed a separate $500 million round.

Five months later, in August of last year, the meat-free food brand secured another $200 million, chiefly from Coatue Management. This means in 2020, Impossible raised more than the whole plant-based protein industry did in the year prior.

Impossible has attracted a wealth of high-profile investors, including Bill Gates, Katy Perry, and Serena Williams’ own Serena Ventures.

Bloomberg suspects that the latest investment has taken Impossible’s valuation up to an astronomical $7 billion.

Impossible will use the recently raised funds to boost its presence in retail, grow its supply chain and product portfolio, enhance its technology, and speed up international expansion. It’s all part of the company’s goal of creating accessible eco-friendly food.

“Mirae Asset is excited to double down on the team at Impossible Foods as they continue transforming the global food system,” commented Thomas Park, president of Mirae Asset Global Investments (US). “It is important to us to partner with true innovators like Impossible Foods’ CEO Pat Brown and support the entire Impossible Foods team as they work to solve one of the most critical challenges facing our planet – climate change.”

Addressing the climate crisis has been on Impossible’s radar since inception. And according to environmental non-profit the Sierra Club, Impossible’s beef patties are vastly better for the planet.

“We’re fortunate to have great investors who believe in our long-term mission,” said Impossible Foods’ Chief Financial Officer David Borecky. “The latest round of funding allows us to further accelerate our product innovation and global expansion efforts as we continue to leverage the power of the food system to satisfy consumers and fight climate change.”