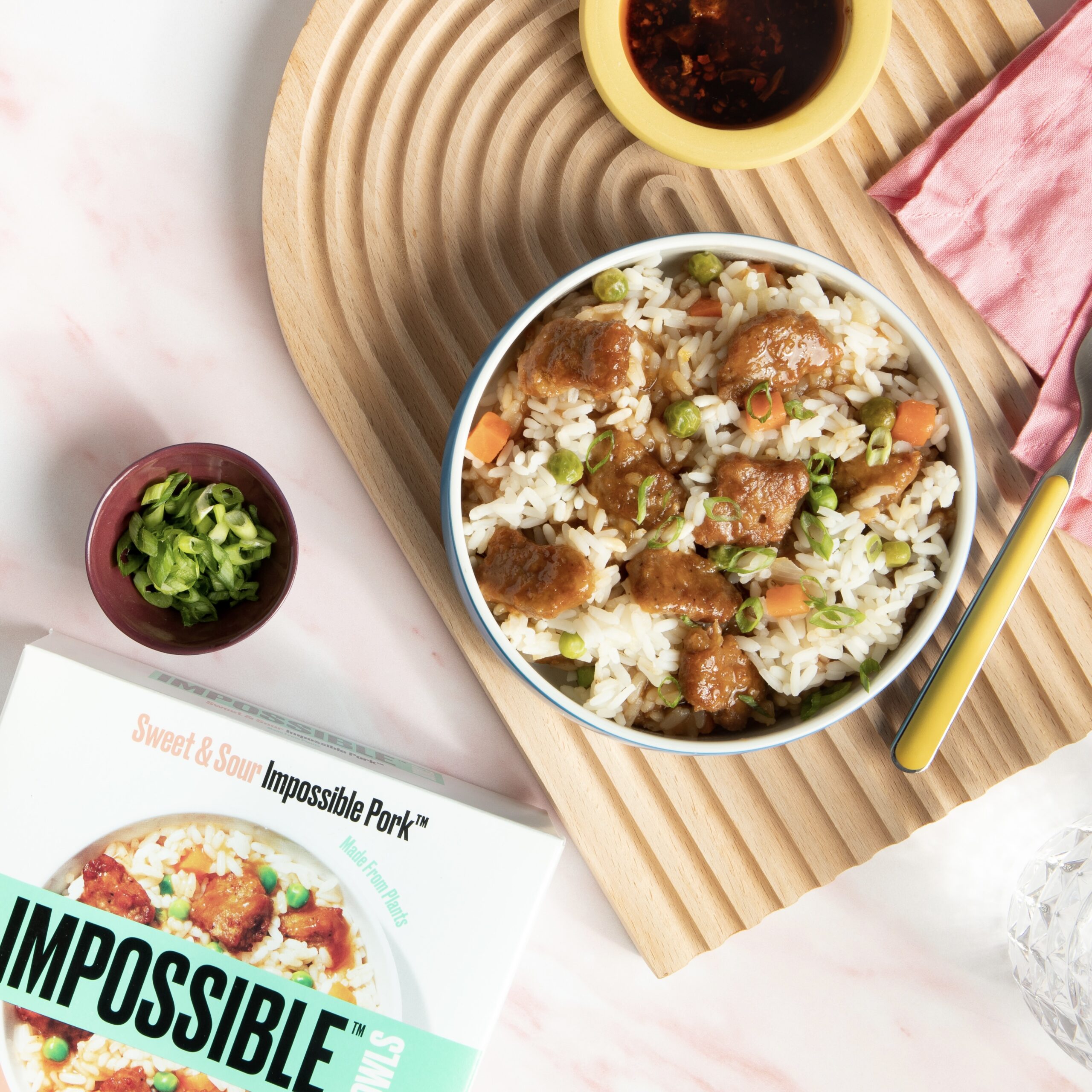 Available in eight familiar flavors spanning a variety of cuisines, Impossible Bowls unlock a new way for consumers to enjoy convenience and deliciousness in the plant-based space

“Convenience and accessibility are a huge part of this, and we’re excited to give people even more ways to try and buy Impossible products,” said Peter McGuinness, CEO of Impossible Foods. “This is a major milestone that we’re proud of and hope will push the category forward in a meaningful way. It’s never been easier to try a delicious plant-based meal in minutes.”

Each 9oz Impossible Bowl is packed with 10g-13g protein,1 3g or less saturated fat, and 0mg cholesterol and 0g trans fat. And, the plant-based proteins featured in Impossible Bowls are also better for the planet: choosing to enjoy our plant-based beef, chicken and pork in each entree accounts for less water consumption, land use and greenhouse gas emissions than their animal protein counterparts.

The new frozen meals are the second all-new retail product from Impossible Foods in the past two weeks, coming on the heels of Impossible Chicken Patties that began rolling out in August 2022. Earlier this year, Impossible also introduced frozen Impossible Sausage Patties and Impossible Wild Nuggies in February 2022, followed shortly by Impossible Sausage Links in March 2022.

Impossible Bowls are available beginning this week at thousands of retail locations across the U.S. As always, customers can visit the locator map on the Impossible Foods website to find a store near them.