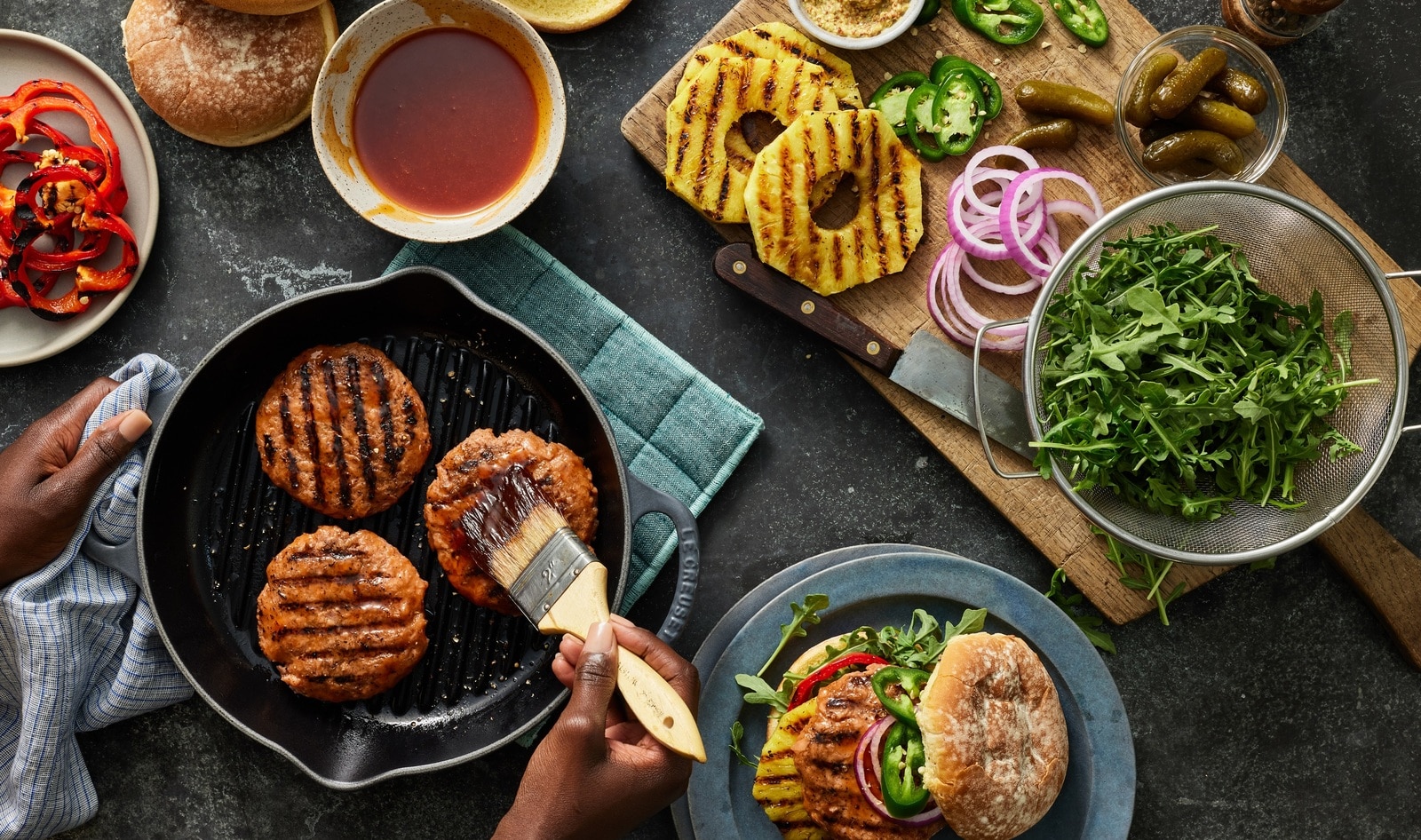 Vegan seafood brand Good Catch recently launched the first-to-market, US-made Plant-Based Salmon Burgers. The launch is part of Good Catch’s continued mission to protect the oceans by providing seafood alternatives to consumers. According to the brand, 30 percent of seafood consumers purchase salmon monthly, making it the most-consumed fish in the country.

Founded by pioneering vegan chef brothers Derek and Chad Sarno, Good Catch aims to offer the taste, texture, and eating experience of seafood without the need to slaughter animals or destroy the world’s oceans. While creating the new salmon burgers, Good Catch’s culinary team focused on replicating salmon’s delicate texture and mild-yet-rich flavor, and added a touch of citrus to round out its flavor profile. Made with the brand’s proprietary six-plant protein blend (peas, soy, chickpeas, faba beans, lentils, and navy beans), each burger contains 16 grams of protein and is free from GMOs, mercury, and environmental toxins that come with eating sea animals. According to the brand, the vegan salmon burger also lacks any unappealing “fishy” smell once cooked.

“Culinary innovation is at the forefront of everything we create at Good Catch and this new salmon will be an absolute game-changer in the market that boasts incredible flavor and texture,” Chad Sarno, Co-Founder and Chief Culinary Officer at Good Catch’s parent company Gathered Foods, said in a statement. “We are excited to see consumer response to our Plant-Based Salmon Burgers, which provides a convenient meal solution without the harm.”

Good Catch’s Plant-Based Salmon Burgers will be soon available at natural and organic retailers through a new partnership with wholesale distributor United Natural Foods, Inc. and online through Good Catch’s website. The new product adds to a growing list of vegan seafood alternatives from the company, which include a line of shelf-stable Plant-Based Tuna and frozen lines of appetizers and entrées such as Plant-Based Fish Fillets, Fish Sticks, and Crab Cakes.

Last year alone, Good Catch made waves in further expanding its product availability into the retail and foodservice sectors. The brand partnered with Whole Foods Market to offer its deli-style vegan tuna in the prepared foods section of stores across the US and Canada. Additionally, the brand announced its first wholesale partnership with BJ’s Wholesale Club to offer its Plant-Based New England Style Crab Cakes in bulk packs of 24 crab cakes for $13.99—which works out to approximately $0.58 per crab cake.

Last summer, Good Catch pranked Subway while the chain was embroiled in a controversy surrounding its tuna—which a lawsuit alleged did not contain any actual tuna. To show customers that real fish-free tuna is actually better for the oceans, the brand gave out sandwiches made with its own vegan tuna from trucks with clever “OurWay” messaging. While Good Catch got into hot water with Subway (which sent it a cease-and-desist demand letter) the vegan brand was able to elicit a response from the sandwich chain, which promised that more plant-based options were on the way.

And most recently, Good Catch co-founder and Executive Chair Chris Kerr and co-founder and Chief Culinary Officer Chad Sarno were chosen as Global Visionaries by UBS, the world’s premier wealth management firm, for their efforts to preserve and protect the planet’s resources through plant-based seafood.