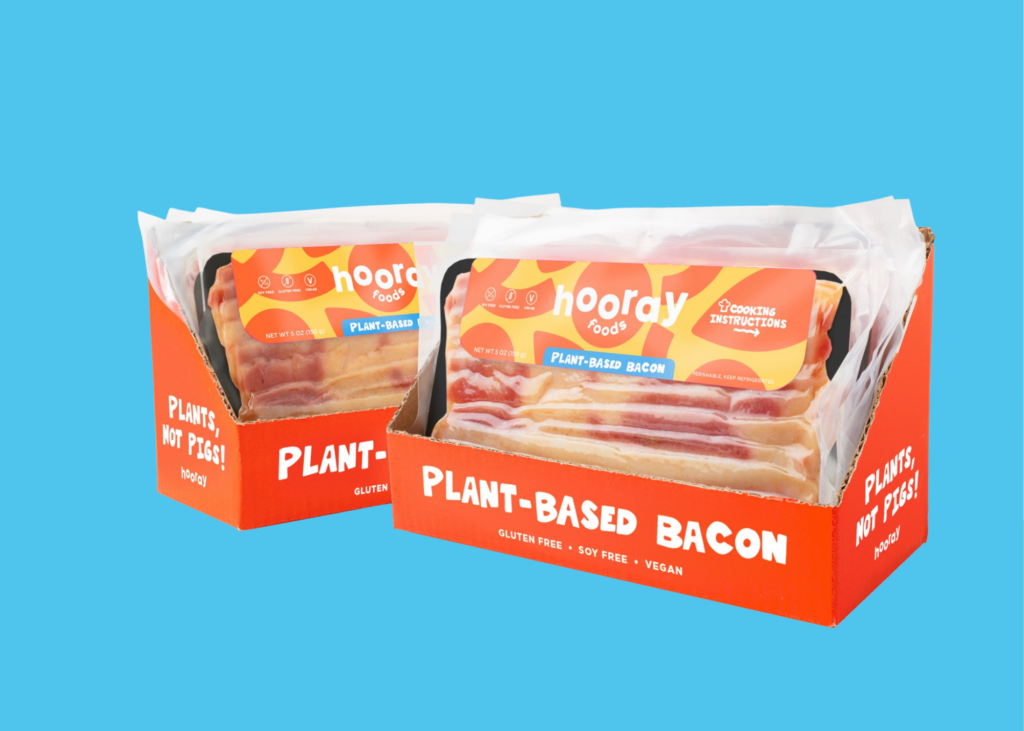 Hooray Foods today announced it has secured three new regional retail brands to carry its innovative plant-based bacon across California, Connecticut, Massachusetts, and Nevada. This expansion brings up the total number of stores to more than a thousand.

More than 100 locations of Raley’s family of stores will carry the product across Northern California and Nevada under their Raley’s, Bel Air, and Nob Hill Foods banners. Additionally, shoppers located in the San Francisco Bay Area and Los Angeles can now add Hooray Foods to their grocery delivery order through sustainability-focused service Good Eggs. In Massachusetts and Connecticut, 46 Big Y stores now feature a retail pack of Hooray Foods bacon in its plant-based frozen section.

“Our team feels so aligned with Big Y, Raley’s, and Good Eggs’ missions of providing innovative better-for-you products,” said Hooray Foods head of sales Claire Klein. “Expanding availability of our plant-based bacon in these regions means more people will have the opportunity to make sustainable choices when purchasing bacon.”

Hooray Foods first launched its novel plant-based bacon in November 2020 and has sold more than 4.2 million strips since. The brand has earned a reputation for offering consumers the most realistic and delicious alternative to animal-based bacon on the market and for being made of allergy-friendly ingredients.

The expanded distribution has arrived right on time as Hooray Foods rolls out its new formula that offers improved texture, flavor, and nutritional value. The AWESOMER bacon began entering stores in early July.

To learn more about Hooray Foods plant-based bacon and to find the nearest store carrying the product, visit hoorayfoods.com.