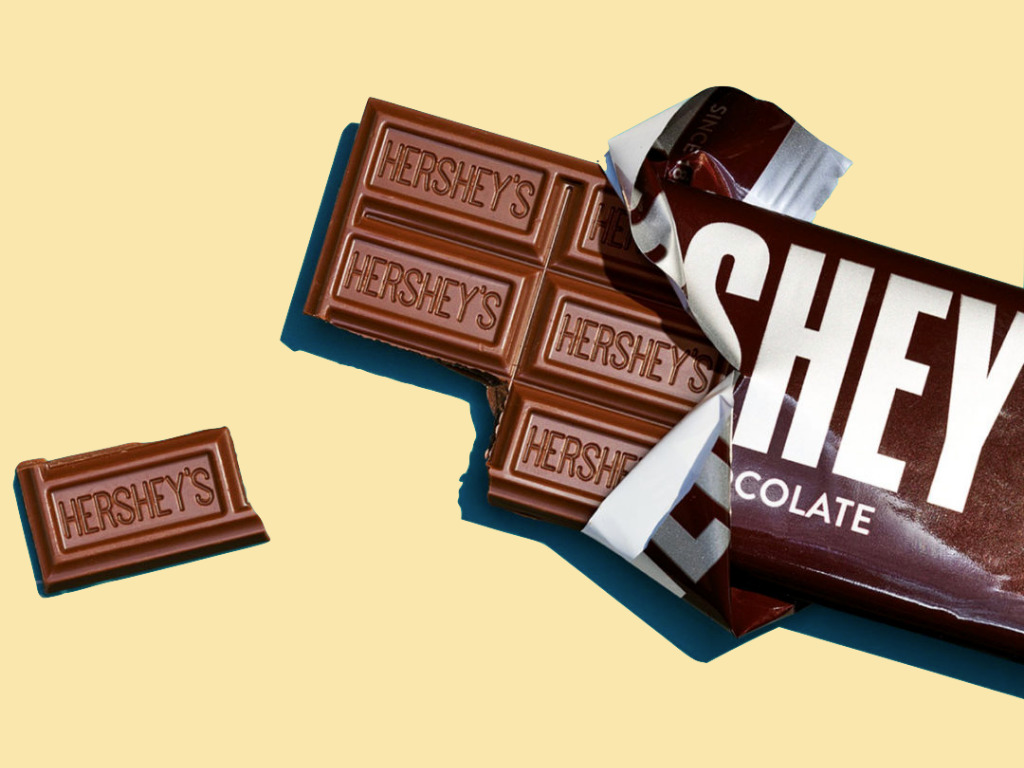 Pennsylvania-based confectionery giant Hershey has applied for a patent for using roasted grain in vegan chocolate products. The company seeks to protect its technique of replacing milk proteins with roasted corn, oats, millet, rice, sorghum, or wheat, or a combination thereof.

The patent was filed on May 1, 2022, and references that many companies seek to use nut and oil seeds for their plant-based chocolates, or regular grains. Hershey claims that this produces an inferior end product and that it is engaged in R&D to make an allergen-free recipe that is less unhealthy than conventional chocolate.

Hershey claims that using specially milled flours and roasting them before being added to its products can replicate the authentic mouthfeel and texture of regular chocolate. It states, in its patent application, that the taste is more comparable to regular milk chocolate as well. With this in mind, it plans to use roasted grains in place of milk powder, before processing the recipe into a number of commercial guises.

The roasting element is described as a dry heat process that changes the grains’ composition significantly. They are then added to other ingredients and chocolate is made through recognisable methodologies. Hershey claims that this development will produce a significantly superior plant-based chocolate and is therefore seeking to patent the technique.

Still fairly new to the plant-based confectionery game, Hershey has debuted one dairy-free chocolate bar. Its Oat Made bar enjoyed a limited release in 2021 and garnered “generally high marks” in consumer reviews. There has been no confirmation that it will become a permanent line or if it was developed using the roasted grain technique.

The company announced it has long-term plans to make plant-based and healthier chocolate, as part of the ‘Better-for-you’ category, back in February last year.  It followed a co-investment into Bonumose, a startup that develops plant-based food ingredients, including natural sugars.

A report released in January revealed that Millenial and Gen Z consumers expect more plant-based food choices. It was stated that they particularly expect dairy-free chocolate from recognised brands. A key takeaway was that 60 percent of those asked said they felt chocolate brands should be making plant-based alternatives.

The vegan chocolate market is expected to reach a global valuation of $1 billion by 2027. This is in line with a CAGR of 12.3 percent that is widely attributed to smaller independent brands, rather than large manufacturers entering the sector. Despite this, Hershey, alongside Mars, Lindt, Nestlé, and Cadbury’s have all established a plant-based presence.

The quest for the best vegan chocolate

Earlier this month it was announced that Mars has partnered with Perfect Day, to launch its new CO2COA sustainable chocolate. The line is heralded as Mars’ first ‘earth-positive’ development wrapped in paper-based packaging and uses Rainforest Alliance Certified cocoa. Perfect Day’s animal-free whey protein has been included in a bid to create an authentic mouthfeel, while chasing sustainability credentials.

In May, Lindt confirmed it was rolling out its oat-based vegan chocolate bars in the U.S., following successful launches in the U.K. and Canada. The original and salted caramel varieties were confirmed, but the hazelnut recipe was notably absent from the launch.

Cadbury’s launched its Plant Bar in November 2021. Designed to be a vegan alternative to Dairy Milk, one of the brand’s bestsellers, it came under fire from vegan consumers for what they considered strategic ingredient manipulation of existing Bournville chocolate. Having been ‘accidentally vegan’ for years, the recipe for Bournville was quickly adapted to include milk powder. This gave Cadbury’s fans no option but to buy the considerably more expensive Plant Bar.

The post Hershey Launches Patent Application For Dairy-Free Chocolate Made With Roasted Grains Instead of Milk appeared first on Green Queen.