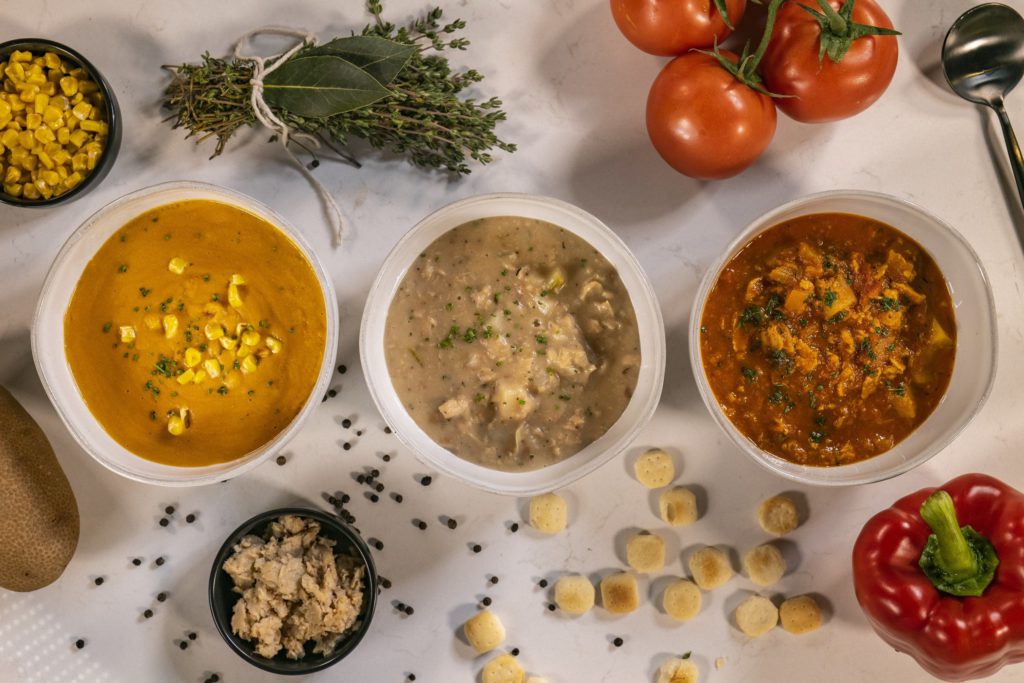 In total, three plant-based seafood soups are set to be available at Ladle & Leaf, with a new one launching each week across all of the San Francisco Bay area locations, excluding San Fran International Airport.

In addition, Good Catch products are free from mercury, micropastics, dairy and GMOs.

So what are the three soups?…

Week two starts on 16 May and will be Crab and Corn Bisque. This famous dish is rich and creamy due to the cashew cream. It includes Good Catch Plant-Based Crab, vegan butter, vegetables, crab seasoning with the sweetness coming from sweetcorn and red pepper. Plus a little touch of sherry.

The third and final week starts 23 May and will be New England Fish Chowder. Using a traditional recipe, it’s made with Good Catch Plant-Based Tuna, oat cream, potatoes, onion, celery and herbs. It has a hint of sherry plus a smokiness from plant-based bacon.

“Seafood-based soups and chowders are staple dishes for coastal towns, and we’re thrilled to partner with Ladle & Leaf to create delicious plant-based versions of these classics that offer the taste of the ocean that’s better for the ocean and all that call it home,” said Chad Sarno, Good Catch Co-Founder & Chief Culinary Officer. “This partnership was such a natural fit for us, as Ladle & Leaf prioritizes ingredient integrity in everything they do. We can’t wait for consumers in the seafood-dominant market of San Francisco to enjoy our vegan seafood soups that provide the same feel-good bowls of enjoyment as the traditional version.”

What makes Ladle and Leaf so great is the team’s dedication to using fresh and seasonal produce wherever possible. It’s a family-owned restaurant group that works directly with local farms to ensure they know what they’re buying and where it’s coming from. It also cuts down on travel time and therefore our food’s carbon footprint.  This partnership is ideal because of the closely aligned ambitions between Ladle and Leaf and Good Catch. Both aim to be environmentally conscious whilst creating tasty, healthy, plant-based food that supports our local communities and the planet itself.

“Our soups are the centerpiece of the lunch experience, and our new soups made with Good Catch Plant-Based Tuna and Crab are made with hearty ingredients to nourish the body and warm the soul,” said Steve Sarver, Ladle & Leaf Co-Founder.

We at TVR LOVE soup so much, it’s versatility means it can work in the most elaborate or even the simplest of ways. But do we know if Miso soup is vegan? Hmmm, read on…