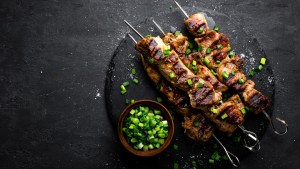 Cell-cultured meat company, Future Meat Technologies, is bringing its products to the US since raising a mammoth investment.

Now, it will use its enormous $347 million funds from its latest series-b funding round to erect a production facility.

This is in order to scale production to build a “13,000-gallon” site, CEO Yaakov Nahmias told Bloomberg. Nahmias added that he is currently eyeing Boston and Minneapolis as potentials for the site.

But first, the organization must secure US regulatory approval.

The funding round was co-led by ADM Ventures and an unnamed global tech investor.

For example, it was revealed that Swiss conglomerate Nestlé was reportedly working with it to bring meat alternatives to the masses.

It was further reported by Bloomberg that cell-cultured products under Nestlé’s Garden Gourmet brand could be rolled out as soon as 2022.

But with many vegans remaining skeptical about cell-cultured meat as it still requires the use of animals, others are equally critical of Nestlé due to its chequered past.

This includes claims of child labor, deforestation, as well as the baby milk and American water scandals.

The post Future Meat To Bring Cell-Cultured Meat To US Thanks To $347M Funds appeared first on Plant Based News.