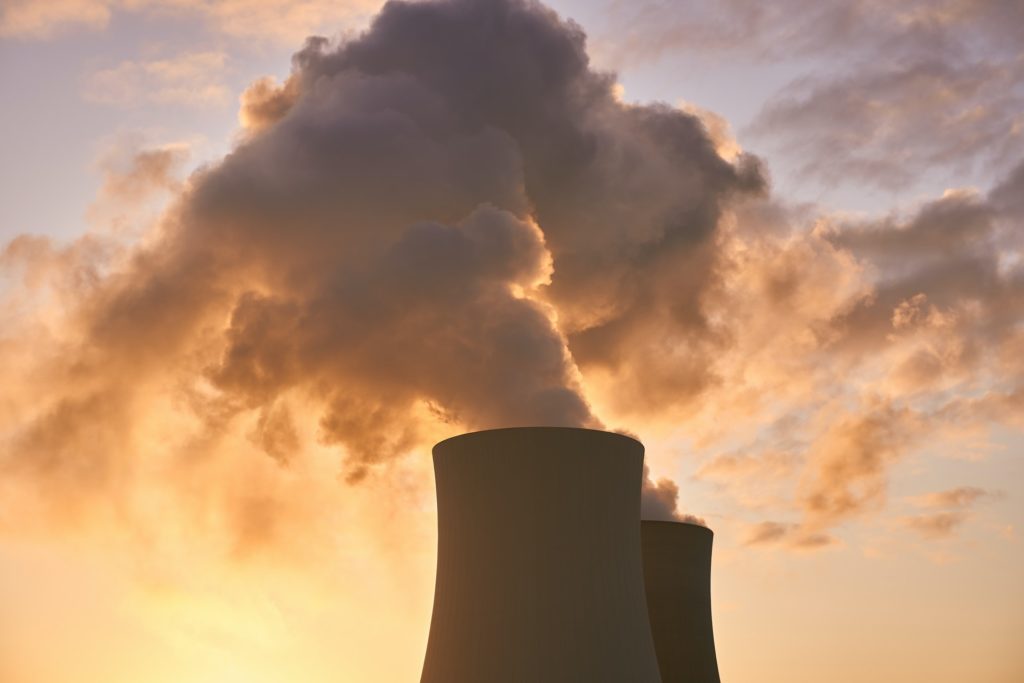 What comes to mind when you think of alternative proteins?  With the growing amount of options on the market, you might think of the soy-based Impossible Burger, tofu scrambled “eggs,” or the no-longer-so-far-fetched idea of eating insects or algae.  But what if there was such a thing as protein made from the air?

It may sound like a silly magic trick, but in today’s rapidly evolving food industry, few things seem impossible.  Startups, such as Air Protein in Berkeley, California and Solar Foods based in Finland, are demonstrating that it may be possible to reduce greenhouse gases and drastically lower the environmental footprint of protein production by generating food simply from atmospheric carbon dioxide, renewable electricity, and water.

Image by Markus Distelrath from Pexels

How is This Possible?

Producing edible material out of CO2 is a little more complicated than pulling a burger out of the sky, but it is somewhat similar to food fermentation, harnessing the power of microbes as nature’s tiny food manufacturers.  This unconventional approach, studied by researchers at Lappeenranta University of Technology and VTT Technical Research Centre of Finland, relies on the work of hydrogenotrophs, microorganisms that convert carbon dioxide to methane using energy derived from hydrogen molecules (H2).  These microbes are strictly anaerobic, meaning they can’t survive in the presence of oxygen, and are cultivated in vessels similar to those used for fermenting foods like yogurt or beer.2  To provide fuel for their metabolism, renewable energy such as solar, geothermal, wind, or hydroelectric power is applied to water.  This application is used to perform water electrolysis, the process of using electricity to break apart water molecules into oxygen and hydrogen gas.  The hydrogen gas is then supplied to the microbes, which oxidize it to generate energy for growth, while consuming CO2 captured from the atmosphere.  Once they’ve proliferated, the microbes can be dehydrated and processed into a flour-like product that is rich in protein and carbohydrates.  In other cases, non-hydrogenotrophic microbes such as some yeasts and algae can also be engineered and cultivated as sources of edible single-cell protein, producing different nutrient yields depending on their unique metabolic capacities.6

Image by ELEVATE from Pexels

Benefits and Challenges of “Air-based” Protein

What does this new form of food production bring to the table?  As with other alternative proteins, the goal of this novel food source is to meet consumer demand for protein in a much more sustainable way.  It challenges not only traditional meat production but also the plant-based market.  According to the Center for Investigative Reporting, producing a single quarter-pound, grain-fed beef burger consumes around 1,700 liters of water and results in about 3 kilograms of greenhouse gas emissions.8  Other studies show that the environmental cost of meat production is disproportionate to its output; livestock farming occupies roughly 80 percent of agricultural land, which contributes to significant deforestation, but accounts for only 18 percent of calories consumed worldwide.1

The Good Food Institute reports that plant-based meat substitutes, like soy burgers, require 47-99% less land, release 30-90% less greenhouse gas, and consume 72-99% less water to produce compared to animal meat.4  However, Solar Foods claims that producing one kilogram of its protein powder, named Solein, costs even fewer resources, consuming as much as 500 times less water than beef production and 100 times less water than plant production.3  The yield of product per hectare of land is also reportedly 10 times greater than that of plants,7 and the process takes only weeks, as opposed to the several months that are spent between planting and harvesting crops.5  Additionally, hydrogenotrophic organisms are abundant in nature and therefore easily acquired for use.  Since everything takes place in an enclosed tank unaffected by environmental conditions like weather or soil quality, the protein-yielding microbes can be cultivated practically anywhere at any time.  This provides a potential food source in deserts and other areas of the world where agriculture is not well supported.

So CO2-based protein is apparently healthier for the environment, but how about for our bodies?  In terms of nutritional value, Air Protein claims that its protein powder contains roughly 80 percent protein, compared to the approximately 40 percent protein content of soy protein flour.2  Solar Foods’ Solein consists of up to 65% protein and around 25% carbohydrates, with the remainder composed of fats and nucleic acids.5,7  Both also contain all essential amino acids and involve no antibiotics, hormones, or pesticides.  Because the material is grown in an isolated environment with highly controlled inputs, it’s also very pure and faces no risk of contamination with environmental toxins or pathogens, as crops and animals do.

Food made from protein-rich, CO2-munching microbes may be the future, but this technology is still very new, and startups still face huge challenges before they can fully commercialize their protein powders.  These include scaling up production, developing viable applications for the product, engineering and constructing manufacturing plants, obtaining regulatory permits, and marketing this radical concept to consumers and investors.

Image by Squirrel photos from Pixabay

Where Does This Fit into the Food Supply?

Now that making food out of air no longer sounds like crazy sorcery, you may be thinking, wow that’s neat, but will I really be spooning powdered carbon-dioxide-eating microbes into my mouth within the next five to ten years?  What will this weird CO2-based food look like if and when it finally hits grocery store shelves?

It’s most likely that the protein flour would be incorporated into protein-enriched foods and beverages like pastas, breads, and shakes, or into more sustainable feed for livestock and other animals.  Moreover, there is potential for it to integrate with existing alternative-protein products, like plant-based burgers and yogurts that usually depend on plant protein isolates, to further cut down their environmental costs of production as they expand to meet growing consumer demand.  And for food technology that’s so out of this world, there are also out-of-this-world applications– Solar Foods is currently collaborating with the European Space Agency to develop a possible solution for feeding astronauts in space, since microbe bioreactors take up relatively little space inside spaceships.  This could create a carbon-efficient closed loop in which CO2 exhaled by astronauts is transformed to make food, which is then consumed and eventually breathed out as CO2 to be recycled again.

If the technology becomes developed enough and accepted by consumers, devices for converting air into your next meal could find their way into our homes and kitchens.  While we’re still far from uprooting unsustainable systems in agriculture, inventions like this continue to bend our definition of food and point us towards a future of endless possibilities.

Mary-Ann is from Irvine, CA and is currently pursuing her B.S. in Food Science at UC Davis.  She loves learning about the chemistry behind food and trying out cool ingredient combinations and hopes to find a career in developing healthy, sustainable food products (or possibly science education).  In her free time, she enjoys looking for new music to listen to, reading cookbooks, playing badminton with her family, and baking different flavors of granola.

The post Food Out of Thin Air: A Novel Approach to Alternative Protein appeared first on Science Meets Food.