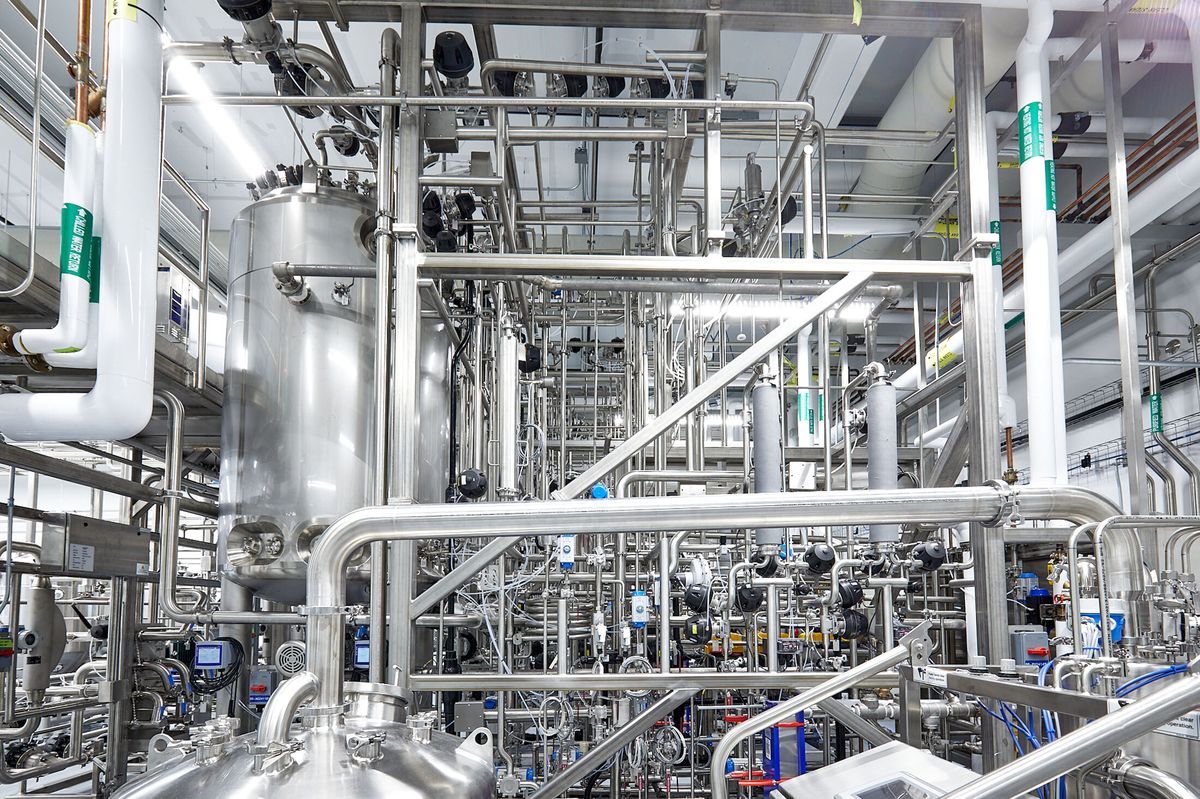 In 2020, Eat Just made history when it became the first company to sell cultured chicken to the public in Singapore. But the company—which has a cultured meat division called GOOD Meat—is just getting started. It has signed an agreement to create the biggest-ever bioreactors for making cultured meat. Essentially large vats, the 10 bioreactors will be located in the US, cover four stories, and will have enough capacity (250,000 liters) to produce up to 30 million pounds of cultured meat. (Also known as lab-grown, cell-based, or cultivated meat, cultured meat is grown from cells in a lab. It doesn’t require the slaughter of animals.) To build the bioreactors, GOOD Meat has teamed up with ABEC. The company specializes in engineered process solutions in biotechnology. It’s hoped the new facility will be operational by 2024, with full capacity reached by 2030.

A move to slaughter-free meat

Currently, the meat industry is unsustainable. It contributes 14.5 percent of greenhouse gas emissions, is the leading cause of deforestation, and slaughters billions of animals every single year. Cultured meat requires significantly fewer resources, and as a result, has a much smaller impact on the planet and animals. GOOD Meat will begin by producing cultured chicken and beef in the new bioreactors. The aim is to, ultimately, supply millions of consumers in the US with its slaughter-free products. Right now, Singapore is the only country to give regulatory approval to cultured meat. But in the US, the Food and Drug Administration (FDA) and the Department of Agriculture are actively working together to figure out how to monitor and regulate the industry. Eat Just’s CEO Josh Tetrick also confirmed to the Guardian that the company has submitted an application to the FDA. He added that the company is not sure when approval will happen. However, he is sure that slaughter-free meat will help to create a more sustainable, ethical, and modern food system. Tetrick said: “I think our grandchildren are going to ask us why we ate meat from slaughtered animals back in 2022.” The post Eat Just Makes History Again With The World’s Largest Cultured Meat Vats appeared first on Plant Based News. plant based cultured meat eat just meat chicken beef cultured cell-based lab-grown industry