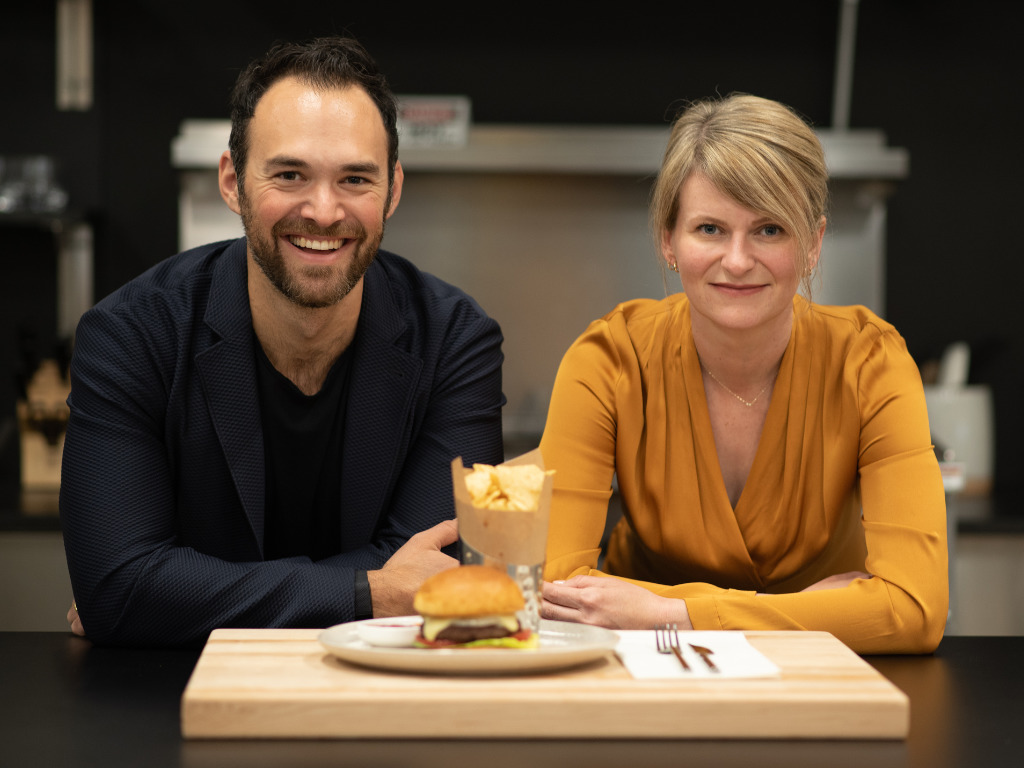 San Francisco-based Artemys Foods has emerged from stealth with a new name. Now dubbed SCiFi Foods, the startup that counts British rock bank Coldplay as one of its early backers has announced its rebrand along with a renewed mission: to debut hybrid cultivated beef burgers that contain plant protein. To this end, the company has welcomed a new board member and closed a $22 million Series A funding round.

Andreessen Horowitz (a16z) led the latest investment round. Participation was confirmed from Valor Siren Ventures, Box Group and Entree Capital, amongst others. Total funding to date now stands at $29 million. The Series A raise will support company-wide expansion including R&D capabilities, marketing strategies and new personnel.

Making a (new) name in the cultivated meat sector

SCiFi is looking to overcome a recognised hurdle within the cultivated meat sector of producing commercial products at a price point that is appealing to consumers. It uses what it calls a unique bioengineering technique to grow meat from animal cells, at scale and without prohibitive costs. To date, it has focussed on ground beef products, with a view to releasing hybrid burgers that will also contain plant-based protein. SCiFi states that this offers a vastly improved flavour, when compared to exclusively plant-based meats, and brings down the cost of the cultivated element.

The hybrid approach relies on both proprietary bioengineering techniques and established CRISPR gene-editing technology. The latter is being used to experiment with cell behaviour, in a bid to encourage maximum growth and stability in the shortest amount of time possible. Together, they paint the picture of a futuristic food production company, which led to a total startup rebrand.

“We’ve devised the technology to grow real meat without the need for an animal — an astounding feat,” Joshua March, CEO and co-founder of SCiFi Foods said in a statement. “This innovation is the future we once only imagined could be a reality. I believe it’s important to be open and authentic about what we’re doing, and our new name reflects exactly that. Consumers value transparency, and I would rather be bold than hide behind a bland, corporate moniker. As a company creating food, there are two things we absolutely can never compromise on: trust as a brand and the taste of our products.”

Catching the eye of seasoned investors

“Cultivated meat will disrupt the trillion-dollar global market for meat products, with huge benefits to the planet,” Vijay Pande, general partner at Andreessen Horowitz said in a statement. “However, there are major cost hurdles, and SCiFi’s technology and approach was the first we felt that truly has the potential to both scale quickly and to drastically reduce cost.”

With funding secured, SCiFi, which recently moved into a new 16,000 square foot R&D location in the East Bay, can put its plans to build a pilot facility into action. A deadline of year-end has been set to allow for finalisation of products, ahead of commercial launch. The pilot production unit will ensure consistent quality, to, hopefully, expedite the regulatory approval process.

Scale and cost are the main issues facing cultivated meat producers. SciFi has acknowledged that it is unknown where the ‘sweet spot’ is in terms of the perfect size of large bioreactors.

“We’ve spoken with a lot of experts in biopharma, and there’s no fundamental reason that they stopped at 20,000 liters other than that they just didn’t need to [go bigger],” March told FoodNavigator-USA. “But is that [sweet spot] 50,000 or 100,000 liters or more? No one really knows. We think that for our approach it will be commercially viable to grow our cells in 20,000 liter bioreactors, which is about the scale that you see today in biopharma.”

Good Meat, Eat Just’s cultivated meat brand, is looking to embrace a similar scaling mindset. The company announced, last month, that it has partnered with ABEC in a multi-year agreement. ABEC will be assisting with the production of the “largest known” bioreactors for cell culture production. Ten 250,000-litre units have been slated to be in the works, allowing for 30 million pounds of slaughter-free meat to be created every year.

All photos by SCiFi Foods.