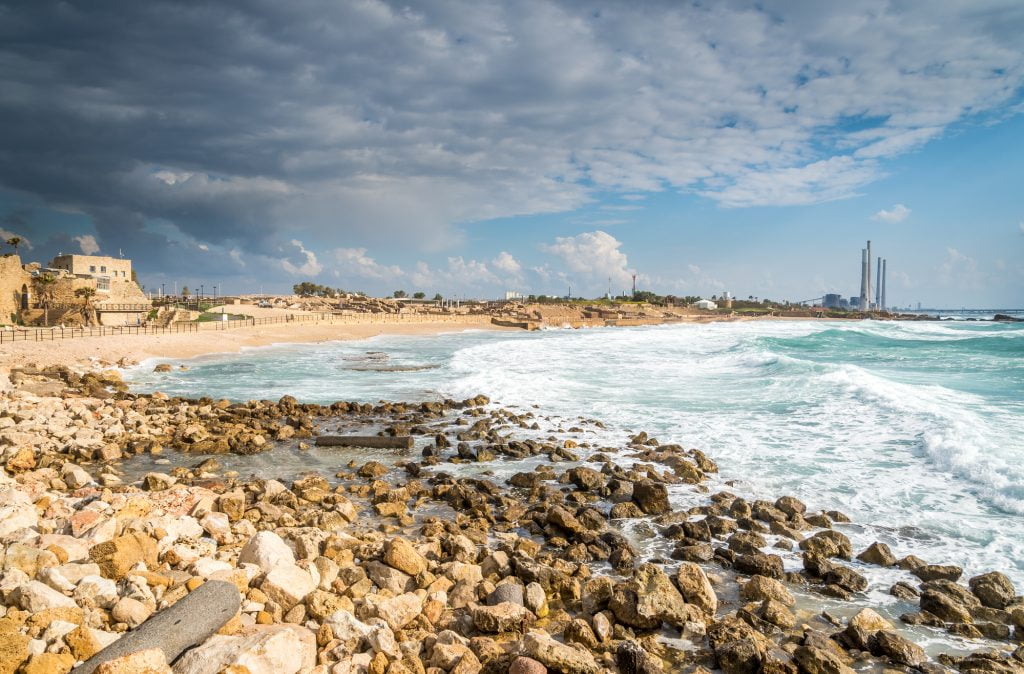 This year was said to be a remarkable one for the Earth’s climate, but also a challenging one as extreme weather disasters fueled by climate swept the world fast and furiously, affecting the population at large. Meanwhile, the topic of climate change continued to be an important, much-talked-about issue. And it sparked the establishment of more and more international companies, cropping up to provide technological solutions to the world’s growing list of climate change problems.

Israel is poised to become one of the major players in the climate innovation and climate tech sector. In 2021, climate tech companies in Israel raised more than $2.2 billion in investments, according to PLANETech, an Israeli nonprofit community focused on climate technologies established earlier this year as a joint venture of Israel Innovation Institute, led by Dr. Jonathan Menuhin, and Consensus Business Group,

“By the end of 2021, the annual investments in Israeli climate tech companies reached $2.2 billion, exceeding last year’s fundraising record of $1.4 billion by 57 percent,” said Uriel Klar, director of PLANETech, when the data was released.

“This was really the year for climate tech,” he tells NoCamels separately in an interview on the new figures. Statements from tech heavyweights such as Bill Gates, who recently declared the climate tech sector would build around 10 companies the size of Google and Amazon and BlackRock CEO Larry Fink, who predicted the next 1,000 unicorns would be climate tech firms, made a significant impact on the world this year.

Klar also says that more investments are going into startups in the climate tech sector, noting a report from multinational financial consultant PwC that shows venture capital and private equity investments reached $87.5 billion for global climate tech firms from June 2020 to June 2021, an increase of 210 percent from the same period the previous when $28.4 billion was invested in the sector.

PLANETech has said that climate tech has become the fastest growing and most promising field in the high-tech industry. But it was only recently that it became clear that Israel was joining the global trend.

According to Klar, Israel is eager to join the movement “because it’s something that really affects the high-tech industry on a global level” but that there’s still a ways to go. “When you see what’s going on outside of Israel and the advancement of Europe and the US and other ecosystems with regards to climate tech, you understand there is a gap between the potential that Israel has to be a climate leader to the actual things on the ground. That’s very clear when you speak with startups [in Israel.] When you speak with investors, though, most of them are not familiar with the field at all and most of them do not have the same level of knowledge as their colleagues in Europe and the US.”

That’s essentially why a community like PLANETech was founded earlier this year, Klar tells NoCamels. The issue was important in other regions, but in Israel “nobody knew the term climate tech. It was a desert in terms of a climate tech ecosystem.”

Things changed in late October when Prime Minister Naftali Bennett told world leaders at the UN’s COP26 climate summit in Glasgow that Israel can “lead the way” and “become a climate innovation nation.”

Two weeks prior, PLANETech and the Israel Innovation Authority released an extensive report on the climate tech sector in Israel, mapping out 1,200 climate companies, with 637 of them being startups that are developing climate technologies. The report showed that while there were still challenges ahead and room for improvement, there had been an appreciable spike in the number of new startups dealing with climate issues in Israel. The proportion of these new climate companies out of the total number of new high-tech companies increased considerably in the years ahead, reaching nine percent of the total companies established in 20202.

While Bennett indicated to the world that Israel was ready to step up its efforts to fight climate change, the report indicated that “there’s an ecosystem in Israel for climate tech and while there are some challenges and opportunities, we have high-quality startups that raised a lot of money have the potential to have a bigger impact,” Klar explains.

“I think that was one of the reasons for Bennett’s declaration, though of course not the only one. But in order to state something like that, you need to have the data to support it,” he adds.

Klar also notes that Israel’s smart energy tech firm SolarEdgeas the first Israeli company to enter the S&P 500 index and weather platform Tomorrow.io is in the process of going public on the Nasdaq at a $1.2 billion valuation.

“We are leaders in everything that is related to technology and innovation. We have the infrastructure, the entrepreneurs, we have everything. So it’s clear that we have the potential to become a real dominant player in the climate tech field. Now, our potential is partly fulfilled because only some of the companies are really working around climate change. We have some good companies that we can look at and say, these are the leaders. We need more of these — because it doesn’t happen overnight,” says Klar.

“There’s a dynamic here and we need to see more leadership from all sides to get a real, developed ecosystem,” he adds.

The post Climate Tech Investment Grows To Record $2.2B in 2021 appeared first on NoCamels.