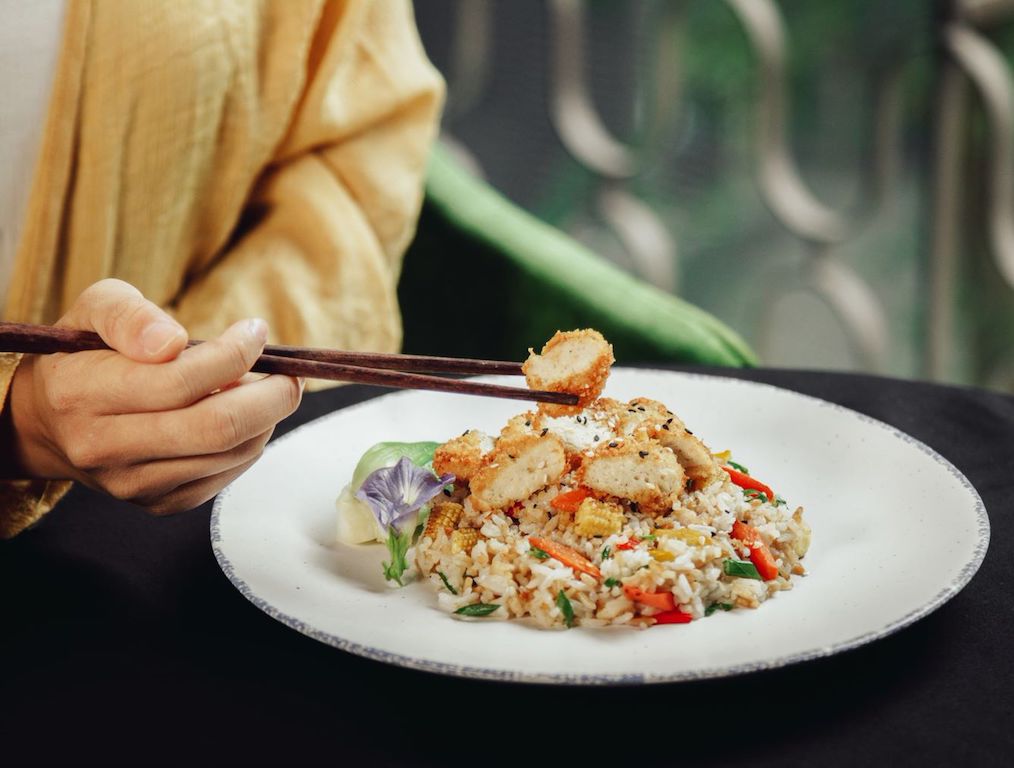 As attention turns toward agriculture in the fight against climate change, cellular agriculture emerges as an invaluable solution.

During COP27 in Sharm El-Sheikh, Egypt, the U.N.’s Food and Agriculture Organization (FAO) announced its plan to develop a roadmap for agri-food systems to better address the 1.5°C Paris Agreement climate targets. Zitouni Ould-Dada, Deputy Director of FAO, set a COP28 deadline for publishing the roadmap.

A map to net-zero

“Investors representing $18 trillion, led by FAIRR, have made their voices heard,” Jeremy Coller, Chair of FAIRR Initiative and Chief Investment Officer at Coller Capital, said of the announcement, which came at the urging of FAIRR, and was announced during the FAIRR-hosted COP27 Blue Zone event.

“We welcome the FAO’s commitment to producing a roadmap for food and agriculture which will provide much-needed clarity to both companies and investors, which will allow companies to plan for the transition and investors to assess investment risk and opportunities. It’s a huge challenge and investors will be looking for the roadmap to include clear guidance on methane emission limits, halting deforestation, scaling up alternative protein production, and support to ensure a just transition for farmers.,” Coller said.

“Without a map to get to net zero, the food sector will never get there,” Steve Waygood, Chief Responsible Investment Officer at Aviva Investors, said. “That’s why the FAO commitment to set a clear path towards 1.5°C is so important. It will help investors to better determine where capital should flow in order to finance those businesses and sectors best placed to deliver both food security and the low-carbon transition.”

According to FAIRR, only 16 of 54 OECD countries’ Nationally Determined Contributions (NDCs) have agricultural targets, despite the industry’s significant impact on climate change.

“A roadmap for the food system will help investors to identify new, sustainable investment opportunities, and to identify risks for companies that are not aligned to the likely direction of future policies,” Chris Dodwell, Head of Policy & Advocacy at Impax Asset Management, said. “The IEA’s net zero roadmap has provided much-needed guidance for investors in the energy sector, but there is a gap when it comes to the food sector that we hope the FAO’s roadmap will fill. The roadmap will also give countries the confidence needed to include the agriculture sector within their NDCs and develop the policies needed to move us closer to achieving the goals of the Paris Agreement.”

Cellular agriculture’s role in the future of food

World leaders are also being urged to prioritize cellular agriculture as part of their plans to reduce emissions. The urging comes from a new global alliance formed during COP27 earlier this month. The new alliance is made up of the Alliance for Meat, Poultry, and Seafood Innovation (AMPS Innovation), APAC Society for Cellular Agriculture (APAC-SCA), and Cellular Agriculture Europe (CAE).

“It is great news that the FAO has committed to producing a climate roadmap for food and agriculture next year,” said Robert E. Jones, President of Cellular Agriculture EuropeJones. “We encourage them to include a full suite of solutions to reform the global food system to make it sustainable for people and the planet.

“Cellular agriculture can be a powerful tool in that mix, but we need governments to step up and help create the enabling conditions necessary for it to thrive and scale up quickly,” said Jones. “Considering the role agriculture is playing in the climate crisis, world leaders should be as committed to innovations in food production as they are to the energy transition.”

COP27 attendees from approximately ten countries attended events featuring cell-based meat, presented by California-based Eat Just, which brought its cultured Good Meat to the Singapore Pavilion. Cell-based meat is currently only approved for sale in Singapore, but a major milestone came to the U.S. last week when California’s Upside Foods earned the FDA’s GRAS status for its cultivated chicken.

Some experts put cellular agriculture’s impact on the environment at more than 90 percent lower than conventional agriculture. Recent findings suggest technologies such as cellular agriculture could feed the entire global population on a fraction of the land currently used to raise livestock. The industry is tied to a number of issues beyond just emissions leading to climate change; livestock production is linked to deforestation, biodiversity loss, and overuse of resources, including medically important antibiotics.

Dr. David Tonucci, President of AMPS Innovation, applauded the COP27 events. “It is great that cellular agriculture was part of the conversation,” he said. “Now we need to see concrete efforts to lift up this important innovation into the policy frameworks for emissions reductions around the world.”

Dr. Sandhya Sriram, President of APAC-SCA, said countries must also be “ready and willing to use public resources to level the playing field for innovative and sustainable protein production methods like cellular agriculture.”

Current food production methods are responsible for one-third of the climate crisis, according to Sriram. “Just reforming conventional animal agriculture methods will not be enough alone to sustainably feed ten billion people in 2050, especially with the FAO predicting meat consumption rising over 50 percent in the same time period,” Sriram said.

With full regulatory approval expected in the U.S. and elsewhere soon, cell-based meat is being looked at as a key alternative to emissions-heavy conventional meat production.