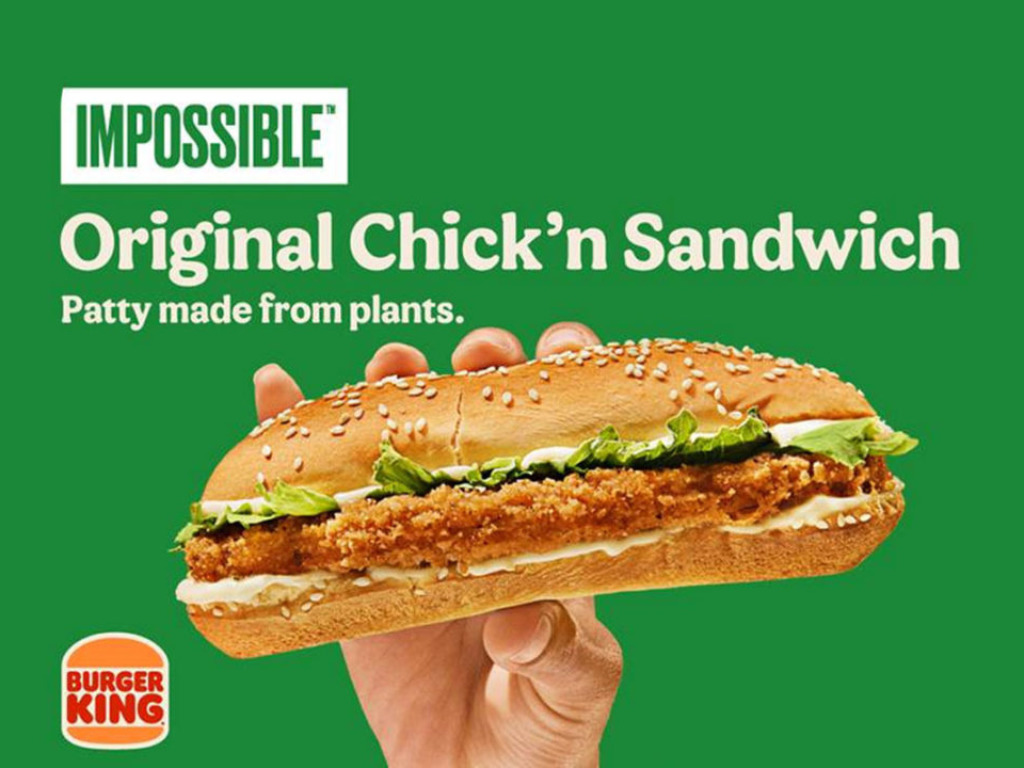 Impossible also recently announced its vegan Chicken Patties will be available in frozen food aisles at nationwide retailers including Safeway, Kroger, Albertsons, and Sprouts later this month. The vegan meat manufacturer is also ramping up production of cafeteria-friendly offerings in light of recent funding by California to help bring more plant-based meals to schools.

The launch is part of Burger King’s effort to make at least 50 percent of its menu meat-free by 2031.

London’s largest Burger King location was transformed into a fully plant-based outlet for a full month, in March, following in the footsteps of similar initiatives in Madrid and Cologne.