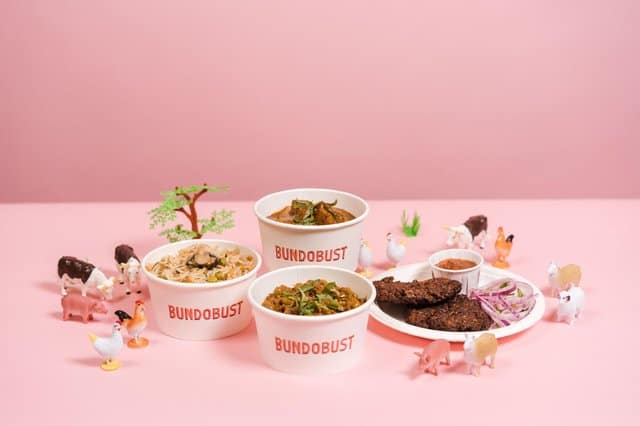 Bundobust‘s alt-meat menu, initially intended to be a limited edition offering for Veganuary, is to be extended for another month following its “roaring success”.

The UK-based Indian restaurant chain, which has locations in Leeds, Liverpool, and Manchester, has always been fully vegetarian — but previously, the menu only offered legume and vegetable-based dishes.

The new Bundo Does Meat menu, which features options such as plant-based Butter Chicken and Keema Matar, marks the first time the chain has offered “meaty” Indian dishes. The meat alternatives used are made by Meatless Farm.

“These specials are something we’ve been working on for months. We experimented with a selection of meat substitutes, and Meatless Farm products lent themselves best to Indian food. Both Bundobust and Meatless Farm are Leeds-born businesses focusing on meat-free offerings, so it made sense to work together on these new limited edition specials,” said Mayur Patel, co-founder at Bundobust.

Bundobust isn’t the only UK company to extend its Veganuary offerings after the end of the campaign. A Welsh pub recently made headlines when it made its entire menu plant-based for Veganuary, then decided to make the change permanent after bookings soared.

Last year, several of Wicked Kitchen’s bakery products became permanent fixtures at Tesco stores following their popularity during Veganuary, while Pret a Manger’s vegan meatball wrap was so successful that it permanently replaced the conventional version.

“We’re grateful to all of the businesses embracing Veganuary and making it easier for more people to eat more plant-based food more often. Together we are making an enormous difference for animals, the planet, and human health,” said Veganuary’s Head of Communications Toni Vernelli.