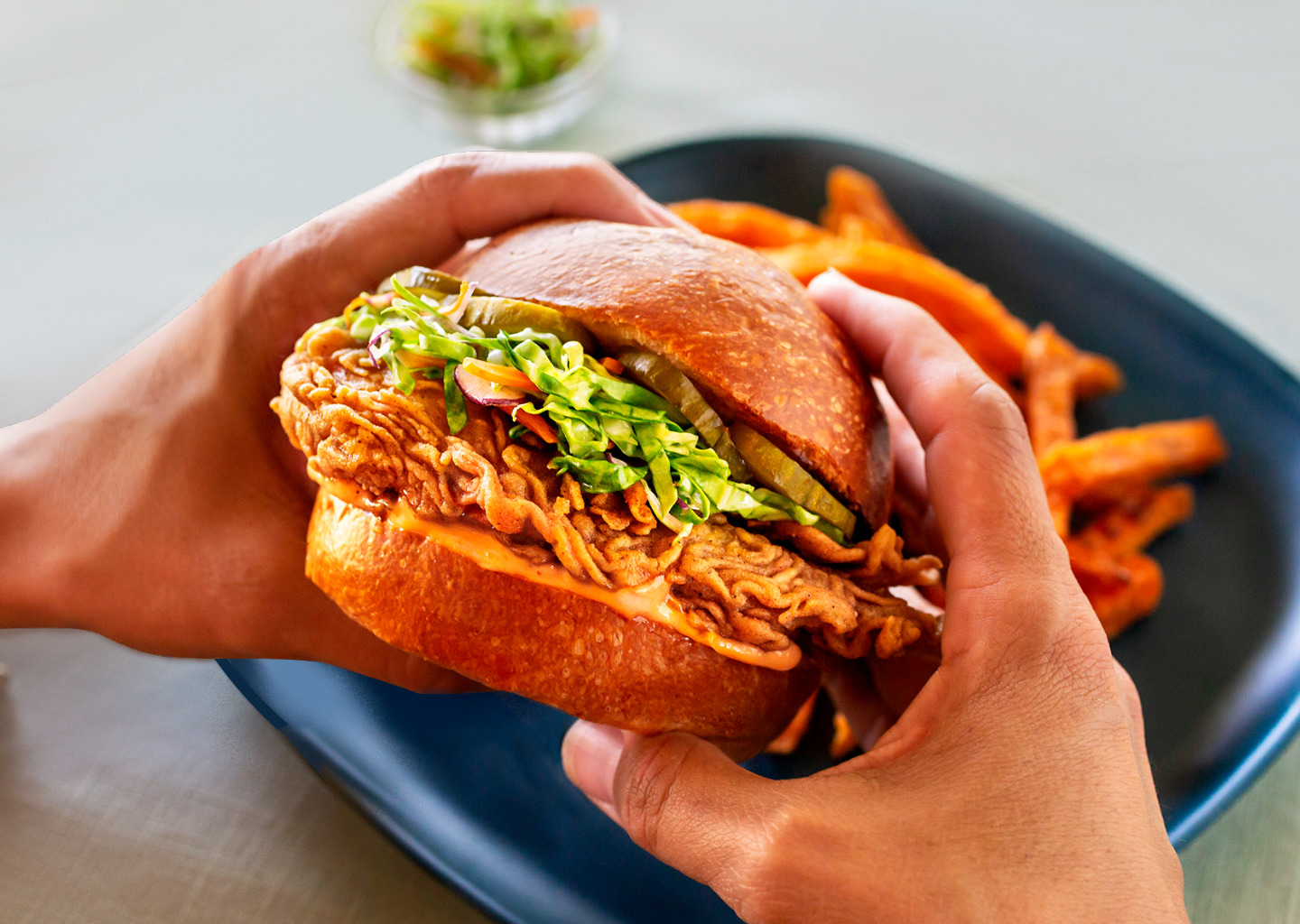 The milestone announcement comes after years of anticipation as cultivated meat companies, including Upside, have raised more than $2 billion in the last two years, according to recent Crunchbase data.

“This is a watershed moment in the history of food,” said Dr. Uma Valeti, CEO and Founder of UPSIDE Foods. “We started UPSIDE amid a world full of skeptics, and today, we’ve made history again as the first company to receive a ‘No Questions’ letter from the FDA for cultivated meat. This milestone marks a major step towards a new era in meat production, and I’m thrilled that U.S. consumers will soon have the chance to eat delicious meat that’s grown directly from animal cells.”

The FDA said in its announcement that the chicken, which is made from cells of a live animal that are then grown in bioreactors to produce meat, earned the agency’s GRAS status (Generally Recognized as Safe). The FDA told Upside it had no further questions on the tech or final product.

Chef Dominique Crenn’s Michelin-starred Atelier Crenn restaurant in San Francisco is expected to be among the first to serve Upside Foods’ cultivated chicken.

“Since our earliest days, our top priority has been to ensure the safety and quality of our products,” said Eric Schulze, PhD, VP of Regulatory and Public Policy at UPSIDE Foods. “FDA sets the standard for global acceptance of new food innovations, and we are incredibly grateful for the agency’s rigorous and thoughtful process to ensure the safety of our food supply. We’re also extremely proud to have played a leading role in helping to champion the framework for how cultivated meat, poultry and seafood are regulated in the U.S.”

Upside Foods has led the funding for cultivated meat, nabbing $400 million in a Series C earlier this year, bringing its valuation to more than $1 billion before launching a single product.

“Upside has reached an historic inflection point, moving from R&D to commercialization,” said Valeti, CEO and Founder of Upside Foods said earlier this year. “Our team at Upside continues to overcome seemingly insurmountable challenges in our mission to make our favorite food a force for good. Working in partnership with our world-class coalition of investors, we’re excited to bring delicious, sustainable and humane meat to the consumers around the world.”

The funding came after the company opened its ‘EPIC’ factory in Emeryville, California. The company says it can produce 400,000 pounds of cultivated meat per year, making it one of the largest production facilities for the tech.

While not a green light for the cultivated meat industry at large, the FDA approval does open the door to more approvals, which the industry has been anxiously anticipating since Singapore gave approval to Bay Area company Eat Just’s cultivated chicken meat nearly two years ago. There are more than 100 companies worldwide working on the tech.

While cultivated meat is expected to be significantly more costly than conventional meat or plant-based offerings at first, a growing number of companies say they’ve been able to scale the tech and bypass costly processes including certain growth media and scaffolding needs that increase prices.

Cultivated meat promises to be more sustainable than conventional meat, reducing carbon footprints by more than 90 percent by some estimates.

The Upside Foods’ announcement also comes as new research calls for increasing the production of brewed protein, such as microbial fermentation and cultivated meat, and returning 75 percent of the world’s farmland to wild lands to fight climate change.