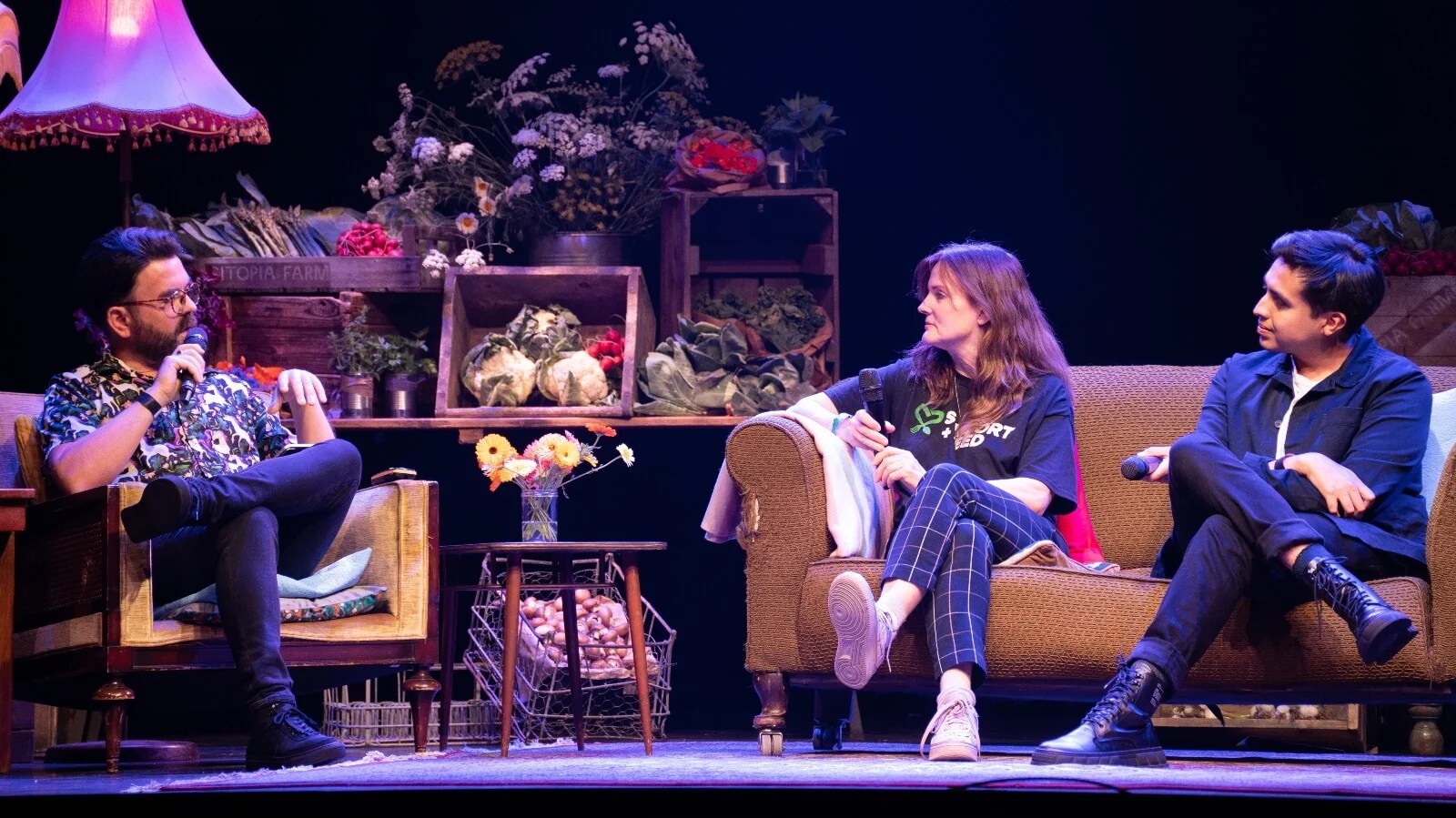 The climate crisis is being placed centerstage at the O2 in London for a unique event that promotes plant-based diets as key to protecting the planet.

The multi-day event (which is now halfway through) drives home the increasing importance of taking meaningful climate action. A myriad of topics are being covered, including fast fashion, climate injustice and privilege, climate anxiety, and the food system.

Plant-based for the planet

The trio spoke at length about the environmental repercussions of producing animal-derived foods. Dairy, for example, is extremely resource-intensive when compared to plant-based options. Cow’s milk requires up to 20 times as much freshwater to produce compared to dairy-free alternatives. It also emits three times as many greenhouse gases, and uses up roughly 10 times as much land.

The numbers are similarly striking for other animal products. Plant-based meat brand Impossible Foods – one of the sponsors of OVERHEATED – says its Impossible Burger requires 87 percent less water than conventional beef patties to produce. It’s responsible for 89 percent fewer greenhouse gas emissions and takes up 96 percent less land too, the company says.

Thousands of people tuned in to watch OVERHEATED’s plant-based panel; a livestream was broadcast on Eilish’s YouTube channel, which has 45.7 million subscribers.

Various other high-profile names are involved in the initiative too, including musicians Sigrid (who performed at the event today), Finneas, and Ellie Goulding – who, along with Eilish, have a combined 121 million Instagram followers.

“The opportunity to reach thousands of people, both online and in the audience, with such an important plant-based message could not have come at a better time,” Lockie said about the experience. “The planet needs us more than ever before, and sustainable, vegan living is key to fighting the climate emergency.”

“I was incredibly honored to be asked to speak alongside so many incredible activists from across the world,” they added.

OVERHEATED took place on June 10-12 and June 16. The final dates of the event fall on June 25-26. See here for more information or head here to purchase tickets.

All profits from ticket sales will be donated to Support + Feed and REVERB.