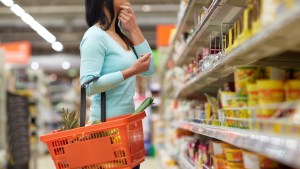 Labeling wars between plant-based food producers and the meat industry are waging – this time, in Australia.

Vegan and vegetarian meat companies may be forced to stop using names like “beef,” “pork,” and “sausage” to describe their food.

They would also not be allowed to use images of animals on their packaging, or have their products sold alongside real animal meat in supermarkets.

McDonald, a former butcher, argues that shoppers are confused and misled by such labels.

“Consumers shop with their eyes, particularly consumers who may be in a hurry,” she said to ABC News. As a result, shoppers are fooled into buying meat-free products, she says.

At this stage, McDonald’s backing is purely anecdotal, and thus cannot be considered evidence by Australia’s consumer watchdog, the Australian Competition and Consumer Commission (ACCC).

And research suggests the reality may not work in McDonald’s favor anyway. ABC nods to a written submission by Woolworths, the largest supermarket chain in Australia.

The grocery giant surveyed nearly 6,000 customers, and found that 93 percent of customers had never purchased a plant-based product accidentally.

Mary Wu is the processing and export general manager for the Australian Meat Industry Council, which backs the ban.

She says the meat industry has earned the right to have exclusive access to such labels. “We have invested over decades,” she said to ABC.

Wu says vegan and vegetarian food companies are guilty of “misappropriation of our category, our branding.”

“The plant-based industry want to freely use different terminology like ‘beef’ and ‘sheep’ and ‘pork’ and ‘lamb’, without having any degree of responsibility over the use of that terminology,” the general manager states.

Does the industry have another agenda?

Wu also takes issue with the plant-based sector’s accusations that the meat industry is “not green enough; that we’re destroying the environment by growing cows and sheep and any kind of livestock, which is absolutely not true.”

But some opposers of the ban say that these concerns are detracting from the issue at hand: whether consumers are misled by meat-centric labels on meat-free products.

Ryan Alexander, co-founder of the No Meat May campaign, maintains that the meat industry is not working to address a problem. Rather, it is looking to protect itself from falling sales.

Notably, ABC points out that domestic meat intake has dropped to its lowest since the mid-1990s, and suggests consumer awareness is contributing to the shift.

Meanwhile, in some parts of the world, the plant-based meat sector is expanding faster than conventional meat.

Alexander told the outlet, “the Senate inquiry has been instigated and shaped by industries and people that have a financial interest in the meat industry.”

“It makes me wonder how we as a nation are going to address things like catastrophic climate crisis, when we’re busy arguing about the wording on a sausage packet – it just seems like a complete waste of time to me,” he commented.

Further, Alexander notes that if a consumer reports being confused by a company’s packaging, there are already processes in place to address this.

“We have a consumer watchdog, we have a governance framework in place, we have legislation in place,” he explained. “If [a company] is overstepping the line … let’s put them through that mechanism and hold them to account.”

“There is no confusion,” he concluded, “because you know, we can read labels and Australians aren’t stupid.”

‘We’re not trying to confuse anyone’

He said: “We’re not trying to confuse anyone, we’re just making it very clear that our product is a beef-like product.

“If there was a problem, we would be the first ones to make changes, because we have every incentive to make sure consumers understand what our product is and what it isn’t.”

Similar debates are kicking off around the world. In May, Texas approved a bill banning plant-based and cell-based food companies from using meat-centric labels.

Further, in November, the Spanish government rejected similar proposals, and allowed meat-free companies the right to use the terms.

The Australian inquiry, led by McDonald, will present its final report in February.