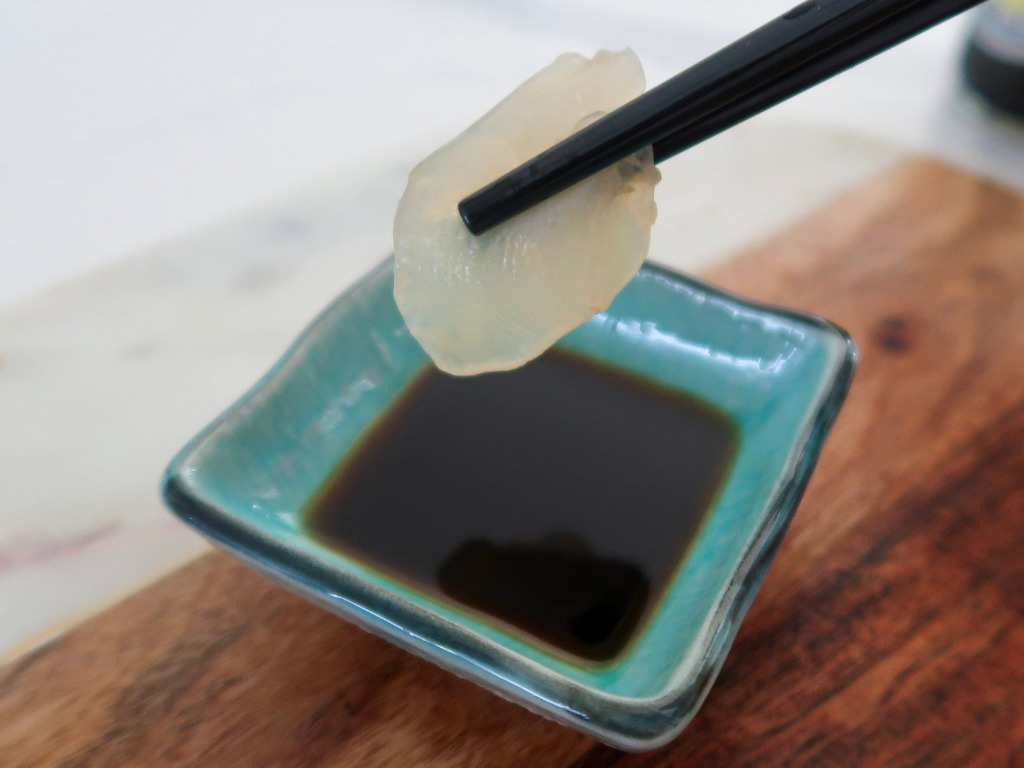 With the first whole-cut microbial fermentation seafood coming to market, Aqua Cultured Foods is gearing up for a category disruption. And based on recent consumer feedback, success could rival that of Impossible burgers or Just Egg.

‘I couldn’t stop eating it’

Aqua Cultured Foods, which uses mycoprotein to develop its vegan seafood options, brought its seafood offerings to foodservice distributors, chefs, and organizations in the retail and restaurant space. It showcased its seafood to potential partners across Europe, Asia, and North America.

“The plant-based whole muscle cut, sushi-grade alternative seafood samples I tried today were absolutely incredible. INCREDIBLE!!,” Jen DiFrancesco, Director of Culinary Innovation at Sodexo said of her tasting experience. “I was completely blown away, I couldn’t stop eating it. We’re still talking about it!”

“The feedback and discussions with companies we’re meeting have made us extremely optimistic about go-to-market and co-branding opportunities,” said Aqua CGO Brittany Chibe. “Whether it’s rising costs, supply chain concerns, or sustainability goals, we are seeing major interest from potential partners that want to develop products with our seafood or offer it on menus.”

Aqua Cultured says it’s now ready to launch public tasting events following the success of the private tastings as it gears up to launch its products later this year. It’s working on shrimp, scallops, and filets in addition to the recently sampled items.

The company says it’s capable of producing 50,000 pounds of seafood per month at a 15,000-square-foot factory. In addition to the U.S., factories are being planned in key markets across Asia and Europe.

Microbial fermentation, while not plant-based because it’s made from fungi, offers many of the benefits of plant-based and conventional seafood including protein, omega-fatty-acids, and fiber, which is only found in plants and fungi.

“Interest at this stage has frankly exceeded our capacity to bring in partners, leading to an oversubscribed round, but it’s left us in a good position for future investment and very optimistic about our approach to delivering more sustainable protein,” Aqua CEO Anne Palermo said last year.

“Our next step is to work on commercializing our products from lab-scale to bring to the foodservice and retail channels,” Palermo said, “including the fresh refrigerated set for grocery, so that our products can reach both restaurant tables and the seafood counter.”

The post Are Flexitarians Ready for Fungi-Based Seafood? Here’s What a Taste Test Found. appeared first on Green Queen.