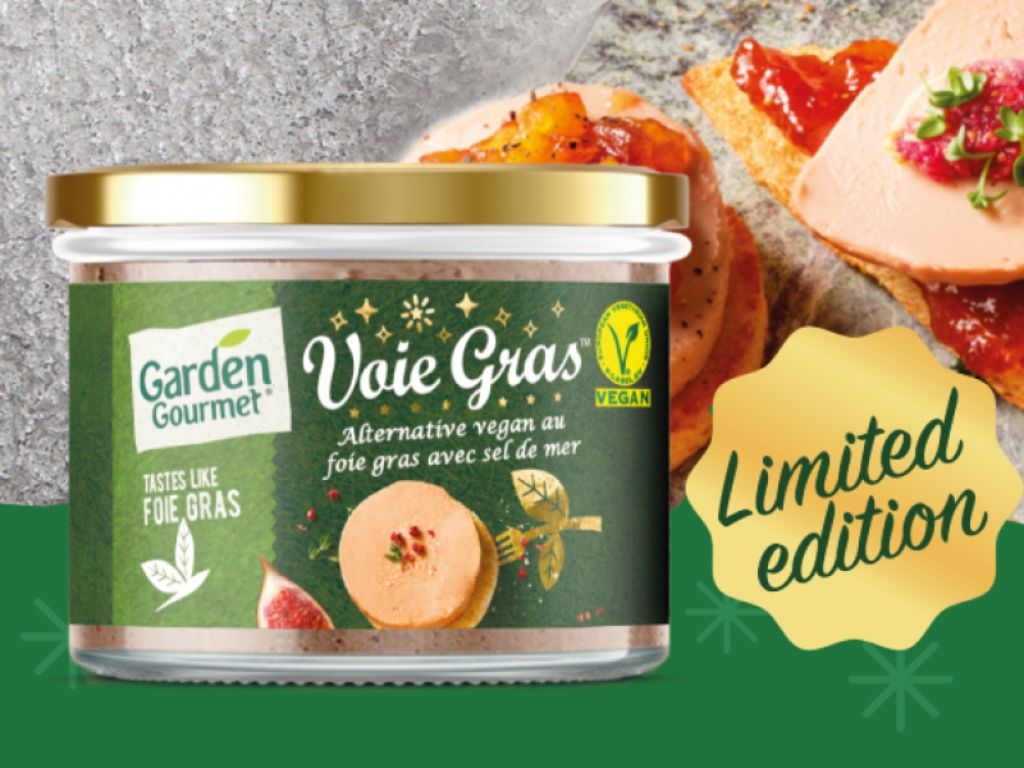 New plant-based items come to Nestlé as it eyes market opportunities around the globe.

Sales for multinational food giant Nestlé grew by more than three percent in 2021 to more than $94 billion USD. One of the food giant’s biggest drivers: plant-based food. It’s deepening its pivot into the category with product launches in several key categories.

Newcomers to the Nestlé family include the limited-edition Garden Gourmet Voie Gras, a vegan pâté that mimics the taste and texture of traditional duck liver pâté, making its debut in Switzerland. “We are particularly proud of this unique product, which marks the strategic expansion of Garden Gourmet’s vegetable offering and the creativity of our teams,” Garden Gourmet’s marketing manager Melanie Stebler, said in a statement.

Toll House, the Nestlé baking brand, will see the addition of dairy-free chocolate chips sometime next year, the company announced last month. It’s also testing a plant-based egg powder in the LATAM market, which could expand to other markets if successful. The nascent plant-based egg category has seen rapid growth, with the Bay Area’s Eat Just leading the charge, claiming to have sold the equivalent of more than 100 million eggs in just three years.

Nestlé’s plant-based portfolio includes vegetarian brands Garden Gourmet, Natural Bliss, Vuna, and Sweet Earth. And as the new products indicate, it is also including offerings across its legacy portfolio brands, including confectionery and Nescafé products, among others. Last October, it added vegan egg and shrimp products to the Garden Gourmet label, among other launches including a dairy-free Milo milk in Thailand.

Sales of vegetarian and plant-based food grew at double digits for the Swiss multinational, according to its full-year sales results. The category reached about $860 million USD.

“In 2021, we remained focused on executing our long-term strategy and stepping up growth investments, while at the same time navigating global supply chain challenges,” Mark Schneider, Nestlé CEO, said in a statement accompanying the report.

“Our organic growth was strong, with broad-based market share gains, following disciplined execution, rapid innovation and increased digitalization. We limited the impact of exceptional cost inflation through diligent cost management and responsible pricing. Our robust underlying earnings per share growth shows the resilience of our value creation model,” he said.

According to Schneider, beyond the pivot to its offerings, sustainability across its supply chain plays a part in Nestlé’s success.

“The key issue here is that we are able, with our reduction initiatives, to overcome the upward trend that comes from growth and hence the whole notion of growth adjusted reductions,” Schneider said. “That is something that we strongly pointed out in our Net Zero roadmap and is now fully borne out​.”

“Our sustainability agenda further progressed as we enhance the well-being of our consumers, help regenerate the environment and strengthen the farming communities in our supply chains,” Schneider said.

Those supply chains include the cocoa market—an industry rife with child labor, even despite efforts by the world’s largest cocoa producers to curb it.

Earlier this year, Nestlé announced plans to invest more than $1.4 billion USD into tackling the child labor issue in its supply chain. It’s an off-shoot of the Nestlé Cocoa Plan. That plan sees bonuses for increased crop productivity.

The incentive also provides farmers more support, which Schneider says helps keep the supply chain transparent and traceable, “because only with the fully traceable supply chain you can generate consumer trust​.” The commitment will lead to new cocoa products in 2023, including expanding on the success of its KitKat bars.