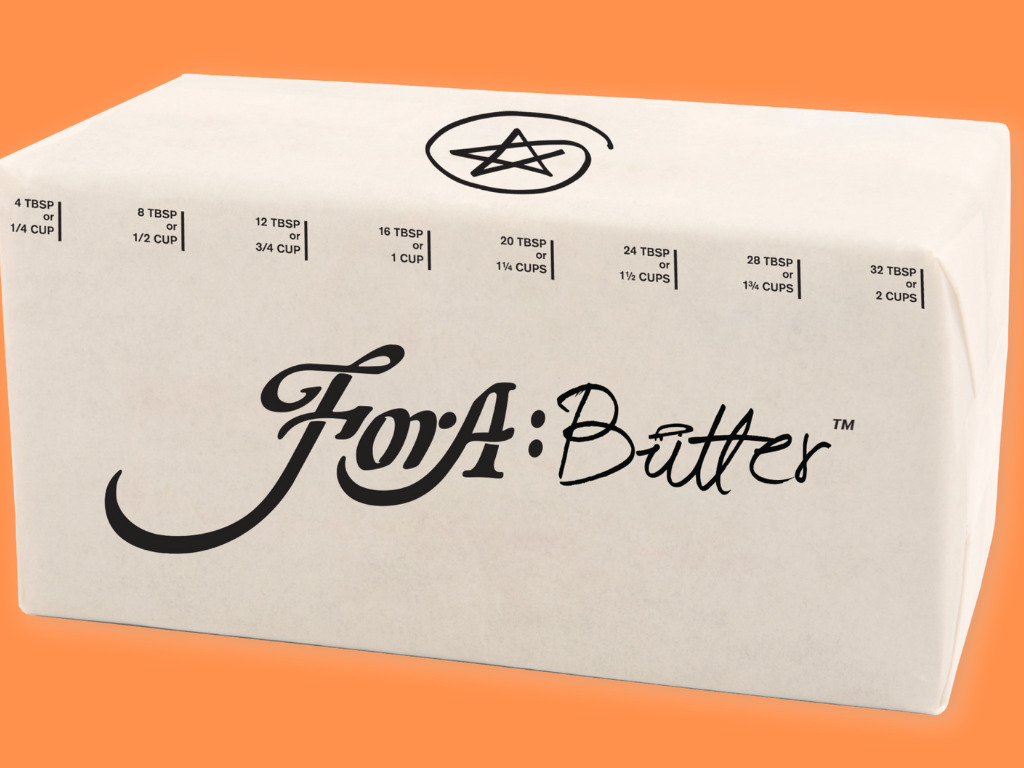 AAK Foodservice has taken over ForA:Butter, a brand developed by New York-based startup Fora Foods. The flagship product is butter made using aquafaba, which delivers performance that professional bakers look for in their ingredients. The butter has been steadily gaining presence within the foodservice sector, alongside some movement within retail.

Formerly dubbed ‘Faba Butter’, ForA:Butter is made from a combination of aquafaba, cocoa butter, coconut butter, coconut cream, and sunflower oil. AAK has been manufacturing it for ForA, before choosing to acquire the brand entirely. Financial details of the purchase have not been revealed.

Adding to the plant-based portfolio

A spokesperson for AAK said that “[ForA:Butter is a] very good fit to our plant-based expansion with premium plant butter products and will provide an addition complementary to our Green Oasis plant-based product line.”

The manufacturer states that the butter is an entirely different product from margarine and not comparable to it, being more akin to dairy butter. It claims that a 1:1 substitution for conventional butter is possible, even in technical applications. It cites laminated dough, such as that used in croissant baking, as not faltering when made with ForA:Butter.

Waiving goodbye to a brand

Fora co-founder Aidan Altman has previously secured investment from New Crop Capital and Blue Horizon, amongst others. Backing was used to develop the butter, which was put through rigorous R&D testing.

“We’ve gone through hundreds of different iterations to get where we are today,” Altman said in a statement. “The cocoa butter and coconut cream have that really nice fat profile and provide a similar melting point and smoking point to butter and then the aquafaba is a way to tie it all together and emulsify it, but it also creates a unique kind of umami flavor profile.”

Altman has been quoted by FoodNavigator-USA as stating that he can’t comment on AAK’s motivations for the ForA:Butter acquisition or the company’s future plans for the brand. He did maintain that the product stands out in the plant-based dairy market, thanks to its professional capabilities and unique flavour.

Butter by any other name

Vegan butter is a growing niche within the alternative dairy market. Consumers are no longer satisfied with margarine and are driving demand for authentically decadent and functional butter alternatives. Cow-free spreads are usually healthier, due to containing no cholesterol,  and offer environmental benefits alongside, with claims that they can help reduce a personal carbon footprint by up to 30 percent. However, not everybody is delighted by the rise of plant-based butter.

In August last year, Miyoko’s Creamery secured a landmark legal victory. The vegan dairy brand took the State of California to court for attempting to impose labelling restrictions that would prevent terms such as “butter”, “lactose-free” and “cruelty-free” from being used. The case was initially launched in 2020, with Miyoko’s suing for an infringement of its right to free speech. A preliminary injunction was secured the same year and in 2021, permanent rights to use the traditionally dairy-related words were granted. It offered optimism to the wider plant-based sector, especially in light of other ongoing labelling issues.

Miyokos announced it was launching a vegan butter cooking channel last November; the YouTube-hosted channel features recipes and tips for cooking with plant-based butter, with a focus on the science of baking. Different hosts and plant-based chefs will feature. The channel was announced shortly after the dairy manufacturer closed a $52 million Series C raise.