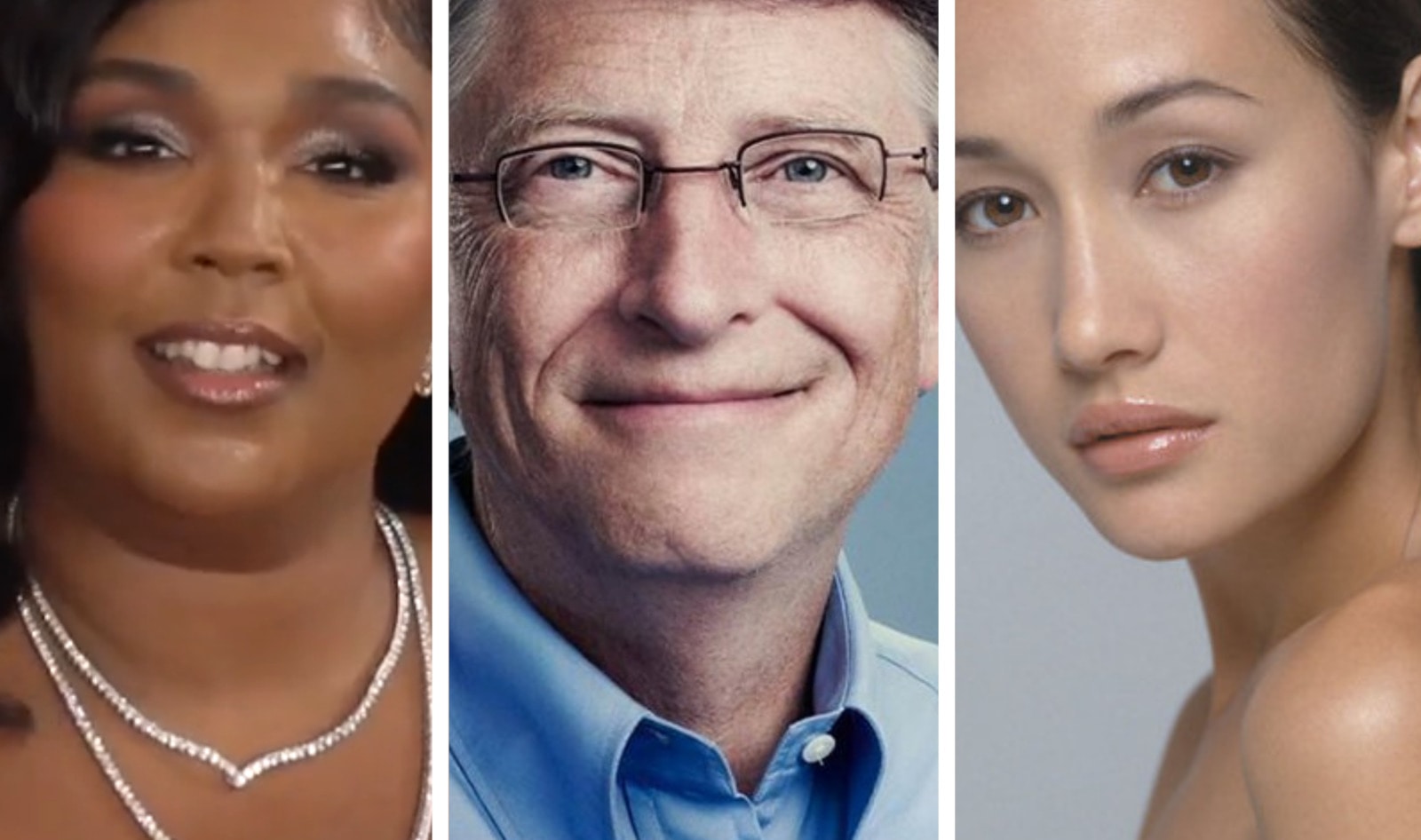 A power couple disintegrated Monday when billionaire philanthropists Bill and Melinda Gates announced their divorce to the public. While not (yet) vegan himself, Bill uses his financial power and influence to change perspectives on how we eat—just as he brought about a revolution in technology by co-founding Microsoft. He’s invested millions in plant-based and clean meat, and he’s been vocal about the need to combat climate change by eliminating animal products. Now that he’s single, we’re playing matchmaker. After all, if anything will turn him vegan, it’s got to be romance. Bill, it’s time for the Vegan Dating Game. Here are seven eligible vegans we think you should get to know. Impossible Burgers on us.

Gates may think he doesn’t need help with his career, but a date with Lizzo may change his mind. With 15.1 million followers on TikTok alone, Lizzo is a force. Having just (officially) adopted a vegan diet last June, she’s also single and ready to mingle! She’s posted dozens of vegan recipes through her TikTok platform, and we know she’d doctor up a phenomenal Impossible Burger that would win over Gates’ heart. If she can veganize a McDonald’s McChicken Sandwich, she can do anything.

Despite her breakout role in that hit ‘90s teen film, Silverstone is definitely not clueless. She’s now an entrepreneur with her own supplement line as well as an  impressive acting and activism resumé—from starring in American Woman to calling out Starbucks’ non-dairy milk charge. We only hope she has patience with the fact that Gates isn’t vegan yet. He’d have to really put on the charm to not get rejected with a soul-crushing “Ugh, as if!”

We’ve done a ton of sleuthing, and against all odds, it looks like Cox is single. The four-time Emmy nominee and Orange Is the New Black star went vegan in 2017, and since then she’s been working non-stop in the business while also juggling her LGBTQ activism. We think she’d give Gates a fresh new start to romance … and show him how freeing the vegan lifestyle can be.

Having recently detached from her long-time partner, actor Dylan McDermott, Maggie Q is back on the dating scene. Like Gates, she’s all about thoughtful activism and strategic philanthropy. She fights for systemic change as a prominent board member of Social Compassion in Legislation—an organization that is devoted to public policy advocacy to benefit animals of all kinds. Also, as an action star, we’re pretty sure she’d high-kick any animal product straight out of Gates’ hands.

This perpetually single vegan rockstar could benefit from a dependable relationship. Morrissey’s brash activism combined with Gates’ solid and calculated philanthropic efforts could prove to be interesting, and perhaps even effective. We’d love to see Morrissey write and perform an original love song to Gates.

Given that her sister, Serena, is also an investor in Impossible Foods, there’s a chance Gates and Williams have already met. We imagine Serena bringing Venus along to an exclusive Impossible Foods cocktail party. Surrounded by soft twinkle lights on a rooftop overlooking the city, Gates and Venus’ hands may have briefly grazed each others’ as they both reached for a one-bite vegan slider. Sparks fly, but Gates becomes lost in the crowd when his assistant calls him over for a photo op. Let’s reignite that spark!

Both Goodall and Gates share a common passion for preserving the planet—already, they have plenty to talk about. While we can’t predict whether a romance will bud over climate change discussion or chimpanzees, at least there won’t be any awkward silence between bites of juicy Impossible Burgers. Who knows? If they started dating, they’d be the power couple of the century.