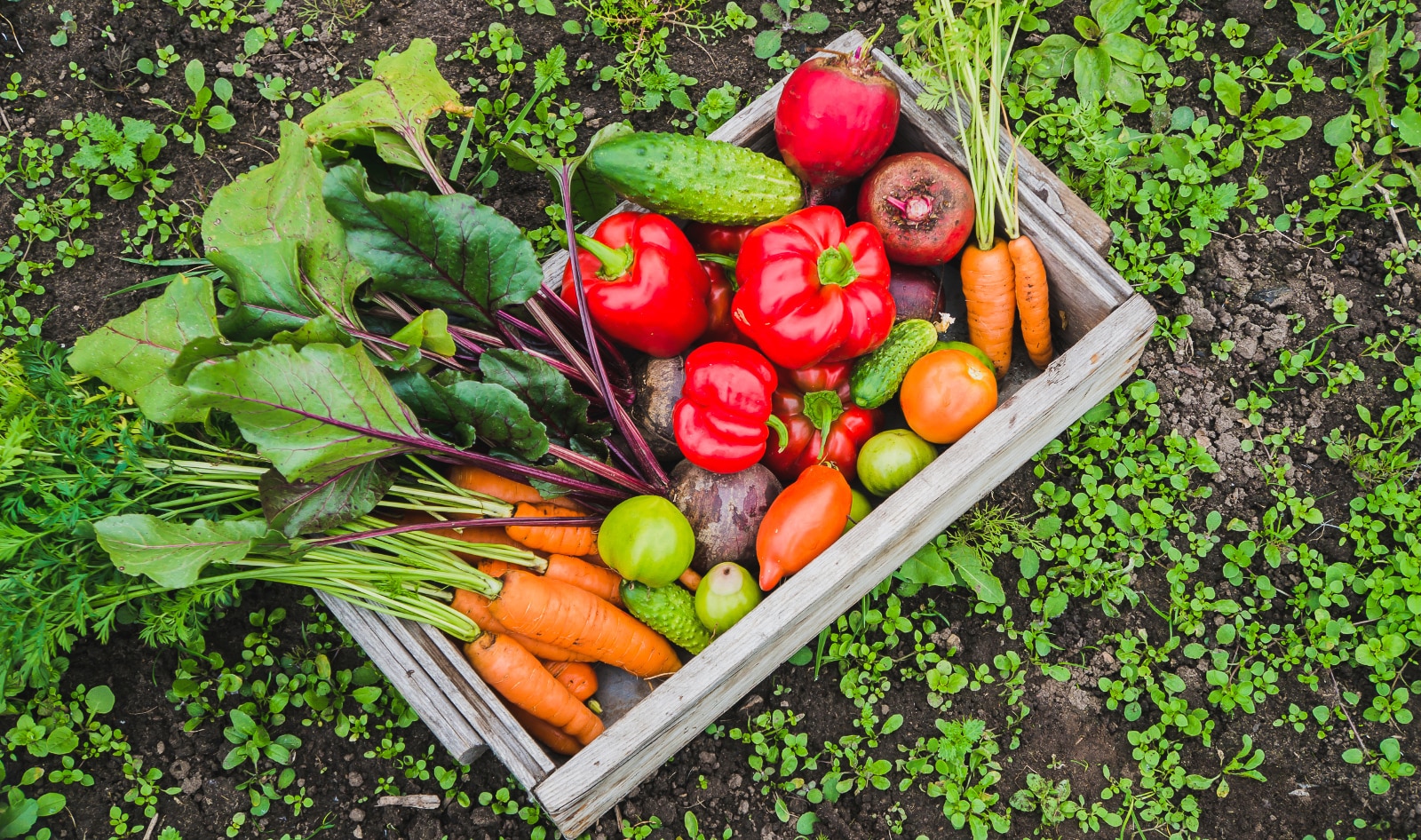 Following a vegan diet doesn’t exempt you from recycling or carrying a reusable water bottle, but it does have significant environmental benefits. In 2018, an Oxford University study declared that eating a plant-based diet is the “single biggest way” an individual can reduce their environmental footprint. Researchers have continued to support this claim with evidence upon evidence that demonstrate the planetary harms of animal agriculture from extreme water and land usage to sweeping pollution of water, air, and soil. The logic is simple: it takes far more resources to raise an animal than it does a plant, and while animals emit harmful gases like methane into the air, plants can help neutralize these dangerous carbon gases. Plants also don’t produce waste. A typical 2,000 herd of dairy cows, however, produce the same amount of waste as a city with the population size of Minneapolis. Of course, it’s important that we still make conscious consumer choices like purchasing sustainable fashion and properly disposing of our trash, but just choosing a pint of non-dairy Ben and Jerry’s over the cow-based version inherently has its sustainability merits. Here are four major environmental benefits of a vegan diet to think about.

There is a lot that goes into raising the nearly 10 billion animals Americans eat every year—growing and transporting their feed, demolishing forests and natural areas to house them, transporting the animals to the slaughterhouse, and transporting their meat, eggs, or milk to grocery stores. All of these steps involve emissions, but perhaps the most climate-damaging aspect of raising animals for food is the animals themselves. Living, breathing animals burp and fart. It may seem harmless, but when taken by the billions, these enteric emissions add up to a major environmental problem. A quarter of America’s agriculture emissions are produced by livestock. What’s more, these enteric emissions are methane-based—a dangerous gas strongly tied to adverse climate change. Going vegan, however, can relieve some of the burden caused by animal agriculture. Simply replacing beef consumption with plant-based fuel can drastically reduce an individual’s carbon footprint from 1,984 pounds of CO2 per year to a mere 73 pounds. Yes, in today’s modern world of conveniences it’s impossible not to contribute some greenhouse gasses, but that doesn’t mean we shouldn’t try to limit our impact, particularly when going vegan can make such a tremendous and positive difference.

Nil Zacharias’ Eat for the Planet outlines the staggering cost of animal agriculture in regard to our natural resources. The reality is that we simply cannot continue to consume animal products at the rate we do now for much longer. Given the predicted global human population of 10 billion in 2050, we would have to magically procure 50-percent more land in order to grow all the food needed to support our consumption habits. It is physically impossible. Already, 127.4 million acres of the contiguous US land are used to grow food for livestock whereas only 77.3 million acres grow the food humans actually eat, according to Bloomberg. There is a finite amount of land on Earth, and the most efficient way to work with what we have is to grow plants instead of animals.

The bluntly titled children’s book Everybody Poops nails it: animals poop and urinate, and collectively, this waste adds up in a dizzyingly horrific way. Approximately 2 billion tons of manure are produced by US livestock every year—that’s 2 billion pounds of poop every day. Large-scale feedlot operations—where hundreds of animals are raised in a relatively confined area—discard this waste in “manure lagoons.” These enormous pools of excrement are prone to leakage and have been known to contaminate the surrounding soil and groundwater. In fact, containing these lagoons is so impossible that the USDA offers an allowance to feedlot operations for a minimal amount of seepage. Note to self: don’t purchase real estate anywhere near an animal feedlot operation.

Not even “thirsty” almonds require more water than animal agriculture. To compare, an eight-ounce serving of cow’s milk requires 120 liters of water to produce compared to just 74 liters for the same sized serving of almond milk. Less water-intensive crops such as pea and oat only require 1.9 liters and 10 liters, respectively. Looking at the meat category, a pound of beef takes a whopping 1,800 gallons to create, but a pound of tofu only needs 302 gallons. Even eggs take a massive toll on our water resources. Research released by JUST Egg found that a single chicken egg uses 53 gallons of water while a serving of this plant-based pourable egg only requires one gallon of water to manufacture. Given these staggering differences in water usage, it’s not surprising that researcher Dana Hunnes at UCLA Sustainability claims that a plant-based diet can cut one’s water consumption by up to 50 percent. This isn’t an excuse to leave the faucet running while you brush your teeth, but being vegan saves water in a major way.