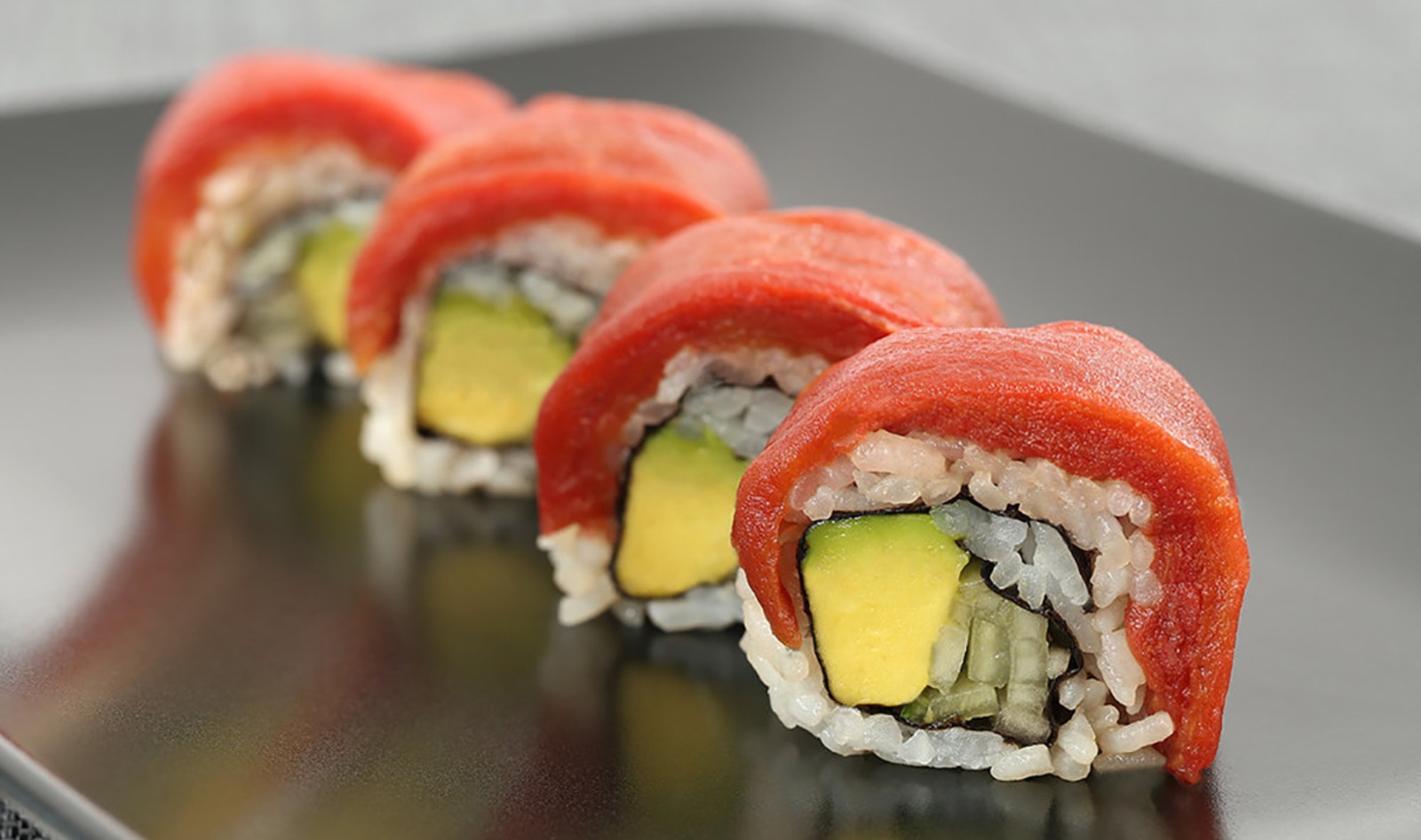 Seaspiracy—the new Netflix documentary everyone is talking about—has pescatarians and omnivores squirming in their seats. After sitting in stunned silence as the final credits rolled and overactive laptops burned thighs across the country, countless were left thinking, “I didn’t know.” The piercing film doesn’t hold back the truth of the seafood industry, and the revelations have sparked new pledges to forgo seafood for good. And we’re here to help. Whether you’re already fish-free or seriously contemplating it, here are ten vegan seafood products to pile in your virtual cart.

This sushi-grade plant-based seafood company was hit hard by the pandemic. While its raw tomato-based tuna was met with constant praise, the founders decided to temporarily pause production in June 2020 due to the uncertain times. In March of this year, the company announced that it is planning a triumphant return after partnering with a Thailand-based global manufacturer of sustainable foods. You’ll have to wait until a bit later in the year, but Ocean Hugger products will return to retailers and foodservice businesses in late 2021. Follow them on Instagram (@oceanhuggerfoods) for the latest updates.

From the founders of the popular Wicked Healthy blog and ready-made meal brand, Good Catch has wowed the world with its cooked tuna products. The line of packaged vegan tuna and crabless cakes are available at hundreds of locations across the US and Canada including Whole Foods, Wegmans, Gelsons, and Veggie Grill.

When replicating animal products, it’s often the texture that stumps many chefs and innovators. Shrimp was particularly difficult to replicate, until New Wave Foods cracked the code with its algae-based vegan shrimp—the first of its kind. This plant-based shrimp mimics that distinct chew of cooked shrimp perfectly, and the taste is equally on point. The distribution is limited for now, but after closing an $18 million finance round, CEO Mary McGovern promised that 2021 is “the year of the shrimp.” New Wave is looking to make a splash on restaurant menus later this year.

Craving something fried? Gardein is a pioneer in the vegan fish sector after gaining a loyal consumer base by sampling its Crabless Cakes at festivals before the pandemic hit. The Fishless Filets and Mini Crabless Cakes are widely available across the US in most major supermarkets and health food stores. Bring on the chips and vegan tartar sauce!

Not only are these fishy products all vegetarian, they’re all vegan, too. This company started out as a wholesale business, selling only to restaurants, but it has since expanded to the retail sector. Look for its perfectly chewy vegan shrimp and shrimp balls at your local vegan grocer or online.

There are a handful of companies making vegan shrimp, but BeLeaf may be the only one mass-producing plant-based ribbon fish (aka salmon steaks). The tender piece of vegan seafood is made with a mix of soybeans, wheat gluten, seaweed, and spices to nail the flaky fish texture and the clean salmon taste. Unlike animal-based salmon, this filet is easy to cook up. Bonus: you don’t have to worry about any bones.

Looking for some major umami to schmear on your bagel? Try JINKA’s vegan tuna fish spread. Not quite cream cheese and not quite tuna salad, this smearable, slightly textured tuna works as a dip, spread, filling, and topper. Flavors come in Original, Lemon and Dill, and Spicy. Find it online or at select Bay Area health food stores.

Oh, you fancy! Plant Based Foods has created a vegan caviar for the refined and sophisticated palates. These salty umami pearls are made from seaweed, water, salt, spice extracts, and a stabilizer to give them that unique fish egg texture—without the fish. Like fish eggs, vegan caviar is a rare find in stores, but anyone can purchase a case online at GTFO. You have to try it at least once! Tanya Flink is a writer and journalist living in Orange County, CA. Photo credit: Ocean Hugger Foods plant-based plant based gardein good catch new wave foods new wave ocean hugger foods ocean hugger veggie grill fish salmon eggs seafood cheese cream shrimp