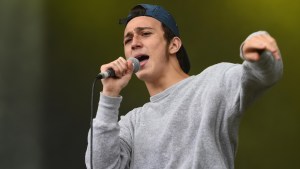 In an exclusive interview with Robbie Lockie on The Plant Based New Podcast, British singer-songwriter Zak Abel discusses the centrality of empathy in his journey to veganism.

Abel has been vegan for four years since making the switch for ethical reasons. A Londoner of Moroccan-English descent, Abel has worked with some of the biggest names in the dance music industry such as Wookie, Gorgon City, Kaytranada, Don Diablo, and Kygo.

He has become well known for his style which infuses soul, funk, and pop influences. But Abel is perhaps better known in the vegan community for his song Vegan, which imagines a romantic scenario with a comedic twist.

Abel has made it publicly known that becoming vegan was one of the best decisions he has ever made.

What began as an intellectual debate between friends ultimately changed his life. He explains that once confronted with the ethical arguments against meat and dairy consumption, he no longer saw the logic in continuing to eat animal products.

His sense of integrity and remaining true to his beliefs is ultimately what pushed him to follow through with the decision to go vegan.

It’s turning to veganism that has allowed him to live his most authentic life. And that’s because he knows he isn’t harming any animals in the process, he says.

However, he explains, there is still a lot of stigma surrounding that choice.

“Trying to figure out my place in the world and my place as a man in the world really got me thinking. Over the past few years there’s been a lot of discussion on gender especially online and it’s made me think.

“It’s been really amazing to have a different perspective challenging the world’s perspective and the way society has existed for so long.”

In his latest single Less of a Man, Abel tackles the topic of toxic masculinity head on.

As outlined on this episode of The PBN Podcast, Abel discusses how being raised by a single mother has instilled empathy in him. Further, it’s influenced his views on masculinity.

Despite what society conditions us to think about gender and masculinity, Abel hopes to drive positive change by speaking up about empathy, emotions, and mental health through his music.

The post Zak Abel: Why Being Vegan Doesn’t Make You Less Of A Man appeared first on Plant Based News.