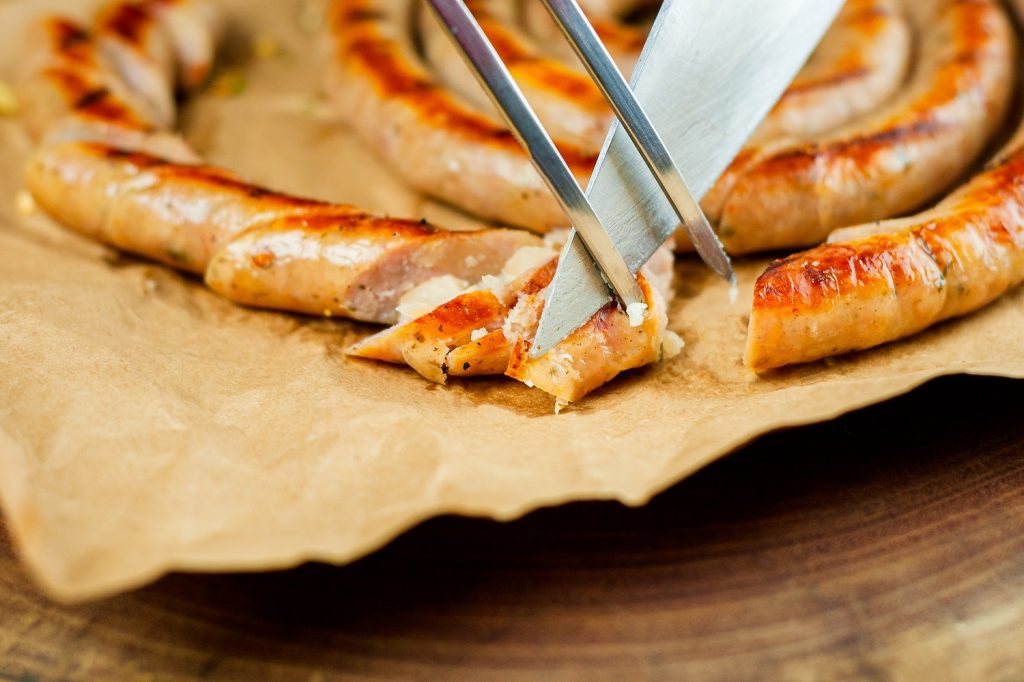 We are living in dire times. According to a recent report, trees are dropping their leaves earlier this year. Unfortunately, this is not proof that the climate crisis is not causing global temperatures to rise — the Northern Hemisphere just had its hottest August on record and the five warmest Augusts have all occurred post-2015. These earlier autumns mean that there is less time for trees to draw carbon dioxide from the atmosphere, a key part of helping to mitigate the climate crisis.

Amid this bad news, there is some hope — a link to the most powerful ally we have to combat not only increasingly hot temperatures but also rising sea levels, land degradation, fresh water scarcity, and food insecurity: the meat industry. Yes, the meat industry. Earlier this month, IFFA, the world’s largest fair for the meat industry, announced that its 2022 event will welcome alternative protein producers in its midst, spanning from meat industry giants interested in entering the market to startups, ingredients producers, and more.

This is significant — and IFFA acknowledges it as such. By 2025, the plant-based meat market is set to reach $12 billion. It may be small compared to the meat industry’s estimated $319 billion within the next five years, but, experts predict a 0.2 percent annual growth rate for meat and an 18 percent growth rate for plant-based meat.

In a short span of time, plant-based meat has evolved from a niche market to a mainstream category. Meat producers are launching vegan meat, plant-based burgers sit side-by-side with conventional beef in the supermarket, and the world’s largest fast food chains are putting meatless options that rival the real thing on the menu. LikeMeat, one among many of the successful brands that Blue Horizon has invested in, was founded by a third-generation member of a German family that owns a meat production company.

The message is being delivered loud and clear: plant-based meat is for everyone. Even die-hard meat-lovers are buying plant-based burgers these days for whatever reason, be that to reduce their environmental impact or to improve their personal health. With IFFA welcoming alternative protein (including not only plant-based meat, but also cultured meat), it provides meat producers and their so-called “competitors” to mingle — to share their expertise and to help each other learn and grow. And if you know me, then you’ll know that this is something that I have long advocated for. There is much that these industries can learn from each other. We cannot possibly build a more sustainable food system by working separately. But together, we can work towards making that reality.

The post Yes, the Meat Industry and Plant-Based Brands Should Work Together appeared first on Blue Horizon Corporation AG.