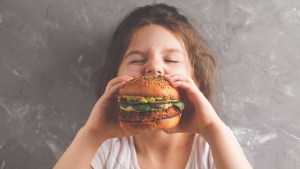 The company announced earlier this week it is expanding its plant-based line Raised & Rooted to meet the increased demand for alternative proteins.

New additions to the brand include the first-ever vegan burger patties, as well as Bratwurst and Italian sausages, and ground beef.

The new products, priced competitively between $4.99 and $7.99, are available in the refrigerated section of grocery stores nationally.

Moreover, David Ervin is the vice president of marketing of Raised & Rooted. He said: “Our products are plants made meatier, and deliver the same delicious flavors, in a better-for-you alternative.

The company has witnessed ‘impressive growth’ during its first year and has since expanded outside of the US into Europe.

Ervin then added: “We’re excited about the momentum we’ve built over the past year, fueled by our growth at retail, and our ability to continue to meet consumer’s demands,

“Raised & Rooted was created to provide plant-based options for everyone. Our new products are the next step toward meeting that goal while remaining steadfast to our commitment to providing great-tasting alternative options.”