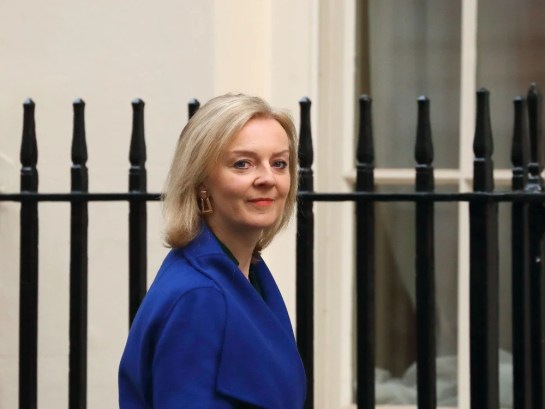 The environmental impact of animal agriculture hit headlines once again earlier this month when the UK government food tsar emphasized the need for us to rethink the way we eat.

In an interview with the Guardian, Henry Dimbleby said that we need to reduce meat consumption by at least 30 percent in the next 10 years to avoid climate breakdown.

Dimbleby’s proposal seems relatively modest compared with a University of Oxford study from last year, which recommended that the UK reduce beef consumption by 89 percent. And Greenpeace maintains that a meat reduction of 71 percent is needed in Europe as a whole by 2030.

Dimbleby is calling for the government to take necessary action as part of a wider strategy to avert the most catastrophic effects of the climate crisis.

Globally, animal agriculture is responsible for at least 14.5 percent of greenhouse gas emissions (more than the entire transport sector combined). It also drives 80 percent of Amazon deforestation, and is a leading cause of species extinction and biodiversity loss.

Appealing to the government’s desire to present the UK as a global leader, Dimbleby said that we “have a huge opportunity” to show the world we can feed our population with more sustainable farming.

A key method of sparking change could be to encourage a cultural shift, rather than implementing potentially controversial measures like a meat tax. At a time when bank balances are being squeezed to breaking point due to the rising cost of living, a meat tax could adversely affect households already struggling to pay for food.

The government faced scrutiny last year after a now-deleted research paper was “accidentally” published by the Department for Business in which the Behavioural Insights Unit, otherwise known as the “nudge unit,” suggested this very tactic. Politically, it’s clear the government is attempting to reassure its traditional, rural stronghold voters after the last few punishing by-elections.

Farmers have also vented their frustration at government planning regarding trade and workers, as well as new bills seeking to improve environmental and animal welfare standards on farms.

So where does the UK government stand on the issue? Will they begin to actively encourage the British public to adopt plant-based lifestyles? Will we even realize they’re doing it if the proposed strategy is one of subtlety? Let’s take a look at the two MPs hoping to become the prime minister, as well as the current environment secretary.

Rishi Sunak, the former Chancellor of the Exchequer, has openly stated that he is “not telling anyone to eat less meat.”

He made the comments to Sky News’ Kay Burley while being interviewed from a meat market last year. His words were an apparent response to the government’s chief scientific advisor, Sir Patrick Vallance, who said that eating less meat is “part of the solution” to tackling the climate emergency.

Sunak’s comments, although not entirely surprising, may raise an eyebrow considering he’s visited the Quorn factory twice since 2015. The last time was before COP26 in 2021, after which he recognized the plant-based products being developed there were “helping to reduce our carbon footprint.”

It’s been reported that, in line with his Hindu faith, Sunak doesn’t eat beef himself. Unfortunately, he has still voiced his support for the industry.

Liz Truss, the former Environment Secretary and Foreign Secretary, who according to current polls is likely to become the next prime minister, has previously attracted some media attention with her comments about meat.

As well as the now infamous “pork markets” comments, Truss previously enthused about “pigging out on pork belly.”

In 2018, she claimed bacon was “an important contributor to her wellbeing,” despite it being categorized as a Group 1 carcinogen by the World Health Organisation.

In 2014, while she was still environment secretary, it was revealed that Truss had stripped farmers of subsidies for solar farms. She said the solar panels were “ugly” and that it made her “heart sink” that they were taking up space that should be full of livestock.

She seemed to repeat this line of thinking during leadership hustings in Darlington and Exeter, despite a YouGov survey of Conservative party members suggesting firm support for solar and other renewable methods of energy production like wind.

To add to the confusion, she said in a statement to the Conservative Environment Network that she’s committed to halting nature decline, championing renewables, and was an “environmentalist before it was fashionable.”

She appeared to be proud of “joining her parents on marches about saving the planet,” (despite pledging to clamp down on protests by “militant activists” just a few weeks ago).

But how can these claims be true if she’s willing to ignore the advice of the government’s own chief advisors who are backed up by some of the most comprehensive studies on the impact of food production on the environment?

What is George Eustice’s perspective?

The current secretary for the Department for Environment, Food and Rural Affairs (Defra), George Eustice, might be the person you’d expect to be taking positive action when it comes to climate and food production.

You’d be wrong, of course. Eustice has explicitly stated that he is “a long way from being vegan, or even vegetarian.”

While there has been tentative steps towards investments that would helping farmers develop plant-based proteins — such as soy, beans, and peas — Eustice said in June that he has “no intention” of telling the public to eat less meat. Speaking at an Environment and Climate Change Committee (CCC) hearing, he added: “It’s not as straightforward as saying ‘livestock is bad for the environment’ – livestock done the right way is actually a positive for biodiversity.”

This is simply untrue. Even farming methods which claim to be sustainable are far more detrimental to the environment and biodiversity than a plant-based system would be.

There is some hope. A 2021 study published in The Lancet found that overall meat consumption in the UK fell by 17 percent between 2008 and 2019.

The plant-based food market has also gone from strength-to-strength in recent years. A report by Sainsbury’s predicted that by 2025, vegans and vegetarians will make up 25 percent of the UK population.

Further, sales of oat milk almost doubled from £74 million to £146 million between 2019 and 2020, while sales of all plant-based milk increased by 32 percent over the same period.

In a bold move this month, the Haywards Heath Town Council made the decision to become the first town in Europe to endorse the Plant Based Treaty, a major worldwide initiative to tackle the climate crisis by addressing animal agriculture directly.

As the study in The Lancet says, “understanding meat-consumption trends within subgroups of the UK population could help tailor public health policies, and behavioural interventions to meet dietary targets for health, and the environment.”

Let’s hope that ministers in the government, and all those who hold the power to make real change, read the data and take positive, affirmative action before it’s too late.