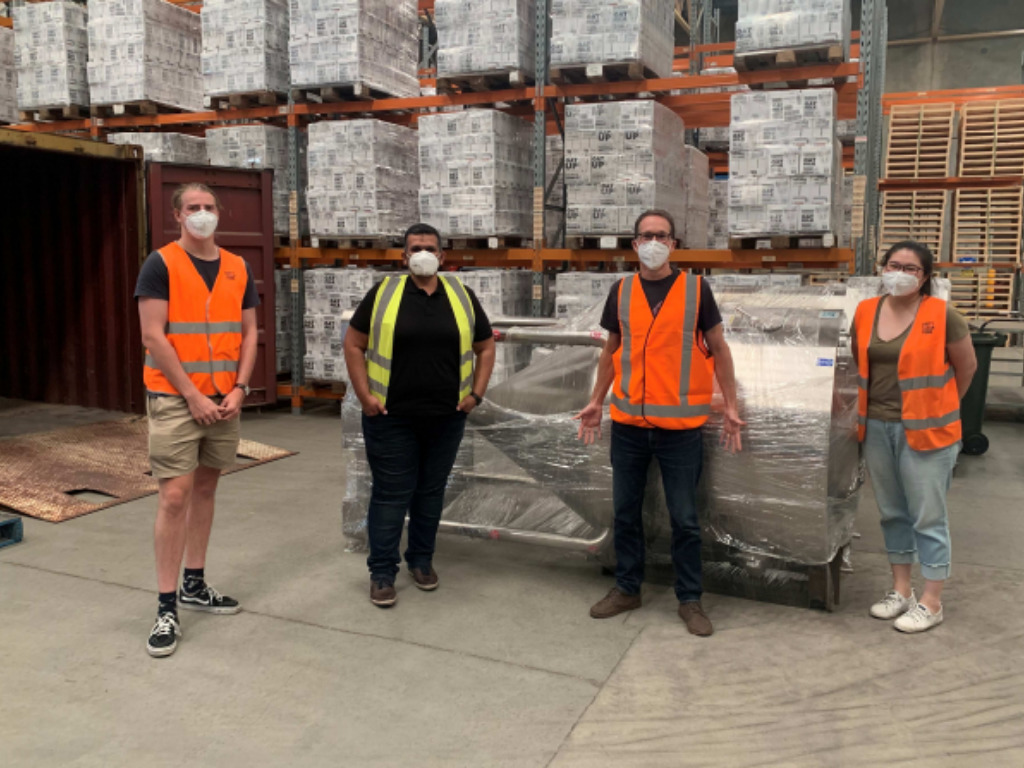 Australia’s Wide Open Agriculture (WOA) has confirmed a partnership with food giant Monde Nissin Australia (MNA). The former will supply its proprietary Buntine Protein, a concentrate made from lupin beans that can act as the main ingredient in food and drinks products. The deal is non-exclusive, allowing WOA to supply other interested parties simultaneously.

MNA is slated to take 60 percent of all protein manufactured by WOA, over a period of two years. Manufacturing will take place in WOA’s pilot Buntine plant which is still being constructed, with initial deliveries due in June 2022. Costs and exact amounts due to be supplied remain confidential.

MNA owns multiple popular domestic brands including Nudie, Black Swan, and Peckish. It is also the national distributor of Quorn, giving it unique insight into the demand for meat-free protein within Australia. In line with increased consumer interest in plant-based foods, MNA made the decision to purchase Buntine Protein to develop new animal-free lines for its own brands.

“MNA is committed to supporting the uptake of sustainable and regenerative farming practices,” Ian Griffiths, general manager at Monde Nissin Australia said in a statement. “We are rapidly advancing a range of innovative products to utilise Buntine Protein with its exceptional nutritional benefits.”

Buntine Protein has been exclusively developed by WOA. The company was discussing its plans to build a pilot lupin protein factory back in December. Initially, converting sweet lupin into a protein additive was investigated for WOA’s own products, chiefly its OatUp milk line. It was open to commercial release, pending successful R&D, which has presumably been completed.

Agrifood is Australia’s largest manufacturing sector. Heavily reliant on meat and dairy, it is

environmentally unsustainable and liable to reinterpretation as consumers demand animal-free alternatives. Since 2000, global protein consumption has increased by 40 percent. By 2025 the market is expected to reach $373 billion. Though animal protein is anticipated to remain the largest subset by value, plant-based protein is predicted to be the biggest by volume.

Replacing Australia’s beef and dairy manufacturing with regenerative alternatives has become an operational mandate for WOA.

Sustainability at the forefront of protein development

A USP of the newly confirmed protein is that it is claimed to have no carbon footprint. Developed from lupins that have been grown regeneratively in the Western Australia Wheatbelt, it also creates no water pollution. WOA has stated that it is suitable for use in plant-based meats, dairy, bakery items, noodles and protein supplements. It is hoped that the Buntine will contribute to WOA’s ultimate aim of helping farmers to move away from unsustainable sectors toward regenerative practices.

“WOA is excited to be working with MNA who share our passion to develop the market for regenerative lupin products,” Dr Ben Cole, CEO of Wide Open Agriculture said in a statement. “This agreement has the potential to catalyse farmers to grow more regenerative lupins and offer consumers a range of innovative, delicious plant-based products.”

WOA has a history of looking to improve the impact of popular products. This is seen in its brands Dirty Clean Food and OatUp. The latter was overhauled at the end of last year to be produced in a domestic plant, using locally sourced oats. It resulted in claims of producing the “world’s lowest carbon milk”.

The plant-based product market in Australia is predicted to reach up to $9 billion by 2030. Consumers are driving demand for animal-free foods, with manufacturers seeking to meet their expectations. In a report, CSIRO stated that Australia needs to concentrate on developing ingredients for foods and final products, both of which could complement not compete with the meat industry.

Coles has taken up the call for final products. Its 800-plus supermarkets are all stocking the Get Plant’d range, designed to cater to flexitarians. Soy-based meat alternatives have been developed to mimic popular conventional protein sources, particularly in terms of taste and texture. As access to such foods has increased, 20 percent of Australian consumers have aligned with the flexitarian moniker, creating a supply and demand cycle of buyers and producers.