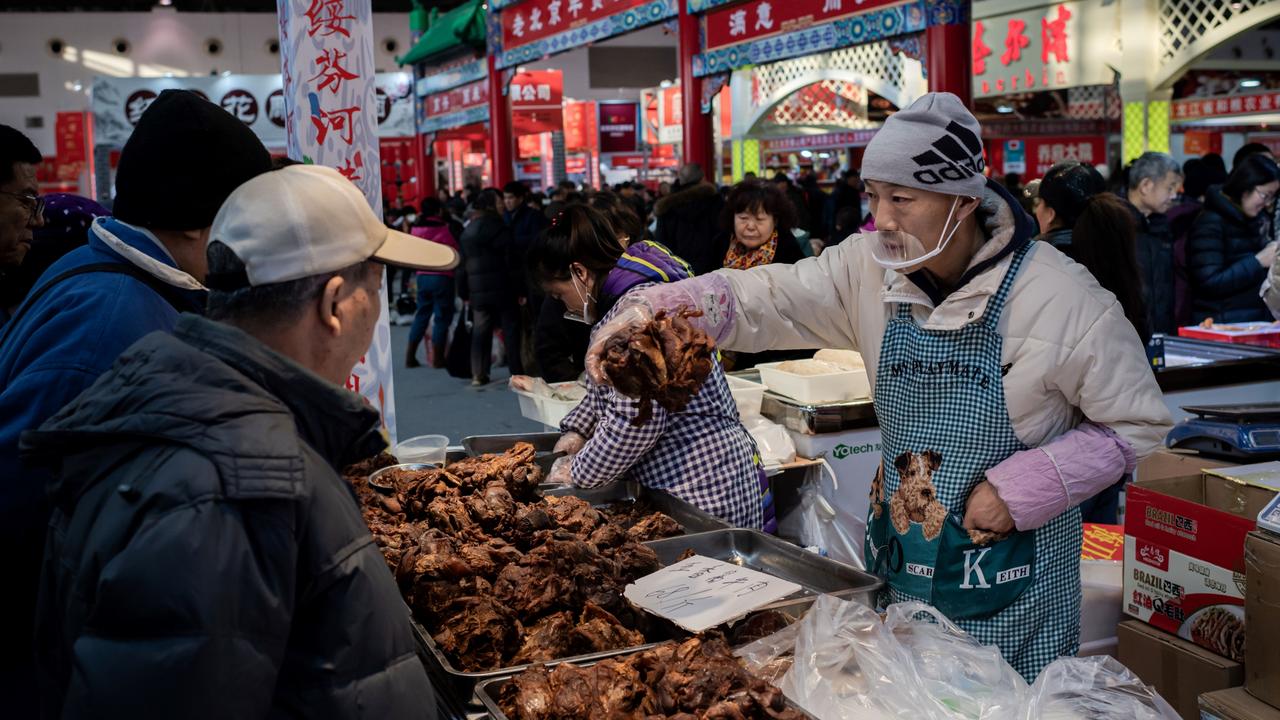 A wet market in Wuhan may have been the source of the COVID-19 outbreak.

Prime Minister Scott Morrison has condemned the move, and the World Health Organisation reportedly stated while wet markets don't need to close down, they should be prohibited from selling illegal wildlife, such as pangolins and civet cats, for food, and food safety and hygiene regulations should be enforced.

The demand for meat and milk in China is growing rapidly. Nearly 1.5 billion people live in China, and each person eats, on average, about 2.5 times more meat than in the early 1990s.

Poorly treated animals are stressed, and stressed animals are more likely to harbour new diseases because their immune systems are compromised.

This means these wet markets, where there are stressed animals in close contact with humans, are the perfect breeding ground for new diseases.

China urgently needs to restructure its animal industries for global food safety. "Clean meat" (meat grown from cells in a laboratory) offers hope - but more on that later.

The consumption of wildlife per se does not increase the risk of disease transmission. Freshly killed deer in the Scottish highlands can provide venison that's less risky than intensively farmed chickens, which are routinely infected with human pathogens.

When wildlife are stressed, farmed in small cages and kept in close contact with humans during the entire rearing and slaughtering process, including in wet markets, the risk of disease transmission rises.

When a pathogen challenges a healthy immune system, the body responds with inflammation to fight it. But when an animal is stressed, the hormone cortisol is released.

This causes the normal inflammatory response to change into a more limited activation of white blood cells. And this allows new pathogens to survive and multiply.

Some weeks ago I visited a new dairy farm in China with more than 30,000 cows. I passed through a destroyed village where small farms kept just a few cows each. Cows in the new mega-farms are permanently housed and produce twice as much milk as the cows on small farms, being fed a richer diet.

But they typically last only two or three lactations because of the stress, whereas small farmers' cows might be kept for a decade.

Domesticated animals have been bred to tolerate traditional farming systems without getting unduly stressed. Wildlife have not.

THE RESPONSE TO WILDLIFE FARMING

In 2017, the Chinese government issued a law tightening up trade in wildlife, but still allowed wildlife not under state protection and obtained by a person with a hunting license to be sold. Fines for vendors and purchasers were as little as twice the value of the wildlife.

With limited "wildlife" available for consumption, entrepreneurial Chinese have turned to farming them in an industry reportedly worth billions and employing 6 million people.

Keeping wildlife in small cages - as is practised on wildlife farms - causes them immense stress, traditionally recognised as "capture myopathy", which can be so severe that it kills them.

But in February this year the law tightened to include a ban on all consumption of terrestrial wildlife, but only if they lived naturally, rather than on farms.

However, nearly 20,000 of the wildlife farms have reportedly been closed down since the COVID-19 outbreak began.

There are signs of growing awareness in China towards stress in their animals.

My colleagues and I at the University of Queensland recently established a Sino-Australian Animal Welfare Centre, and our latest research has found a growing number of scientists studying animal welfare issues in China.

What's more, there's a big opportunity to bring "clean meat" into the Chinese diet. Clean meat is grown synthetically from muscle cells, without the massive land and water resources required of traditional meat production in China, without the emissions of pollutants and, most importantly, without the risk of transmission of novel diseases.

And Chinese people are more likely to purchase clean meat and vegetarian-based alternatives than people in the United States.

Cultural studies suggest that in general, Chinese people have many of the right qualities for wide-scale adoption. They act in the collective interest, not for themselves, they are adaptable and entrepreneurial, and their society is driven by competition and success in the face of adversity.

Chinese scientists are already working on clean meat. In fact, the first cultured meat there, from pig muscle stem cells, was produced last year by scientists at Nanjing Agricultural University.

Clean meat is expected to comprise 35 per cent of the global meat market in 2040. Perhaps it will be even faster in China to avoid more animal-borne diseases emerging.

Originally published as Why diseases thrive in wet markets