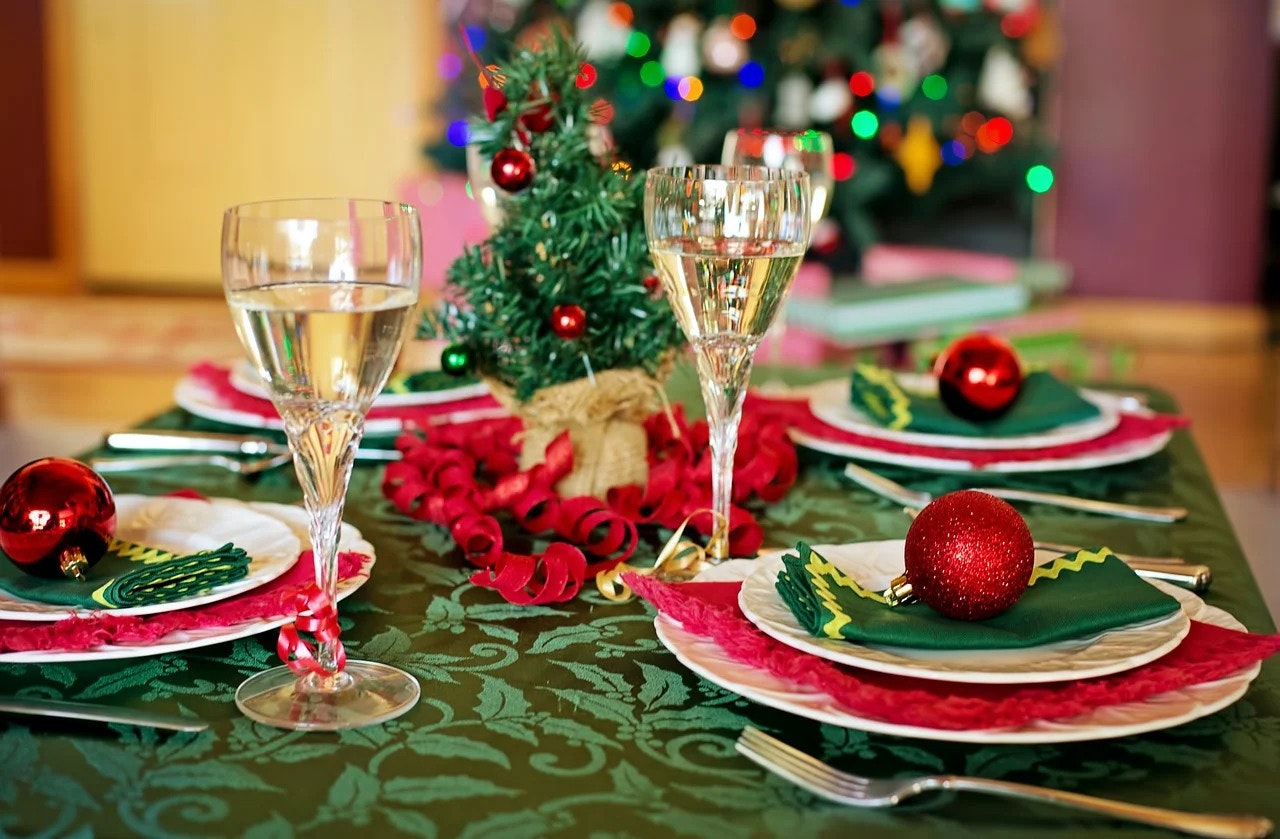 In the Charles Dickens novel A Christmas Carol, Ebenezer Scrooge’s final transformation from miser to philanthropist is marked by the big juicy turkey that he orders for the struggling Cratchit family – and which has inspired Christmas menus across Britain and North America ever since.

A family-sized turkey with all the trimmings, including mashed potatoes and stuffing, made for an impressive Christmas dinner centrepiece in Victorian households. Turkeys were also largely within economic reach for those on modest incomes – compared with the grander cuts of venison and beef enjoyed by the upper classes – meaning festive feasting could be celebrated by all.

Depending on your own personal traditions, it might be hard to imagine Christmas without a turkey. Yet festive menus in the UK looked very different before the 19th century. They often included a variety of meats, cakes and liquors, and there was little to distinguish Christmas food from that of other celebrations and holidays.

Two hundred years on from the Dickensian turkey boom, it seems our festive favourites might be due for another radical rethink. Slaughter-free meat and soilless vegetables are just some of the innovations that are predicted to revolutionise food production. Many of these technologies have emerged in response to turbulent times for traditional agriculture.

In the UK, turkey farmers are currently battling Brexit and COVID disruptions, plus a highly contagious outbreak of avian flu. Globally, meat and dairy producers face mounting pressures from the climate crisis, rising antimicrobial resistance and the growing popularity of plant-based alternatives. Even Christmas vegetables are threatened by drought, floods and the loss of agricultural land to soil erosion.

We’ve watched enough sci-fi films to know that predicting exactly what the future will look like is a pretty futile task. Instead, we’ve served up a menu of possible food futures based on technologies that are currently in development.

According to culinary historian Cathy Kaufman, one of the legacies of A Christmas Carol was “an awful slaughter of Christmas turkeys”. Now, slaughter-free meat – also known as “cultured” or “cultivated” meat – is under development.

This approach uses animal cells to grow flesh outside the body in bioreactors (artificial systems supporting biological environments). Techniques like precision fermentation and genetic engineering are also being used to reprogramme yeast and bacteria cells to create cow-free milk and chicken-free eggs.

Cell-cultured turkeys probably won’t be at the centre of Christmas tables for some time. The first cultured meat product to hit the market was a hybrid chicken nugget, made of a mixture of cultured cells and plant-based ingredients, in 2020. But we don’t yet have the technical ability to create the more complex structures of larger joints of meat, though a lot of money is currently being thrown at this challenge.

We’re already growing some of our fruit and veg in artificial, sustainable environments using soil-free hydroponic farms – it’s a safe bet that the tomatoes in your fridge were grown hydroponically. This trend is set to continue, with brassicas like broccoli and Brussels sprouts now being grown without soil.

Yet many uncertainties remain over whether these technologies will be able to compete with industrial livestock production, or to deliver on the environmental and ethical leaps their advocates have promised.

Hybrid meat substitutes can offer meaty tastes and textures with a potentially smaller environmental footprint than conventional animal-based products. For a festive example, think hybrid pigs in blankets made from cultured pork and fat cells with added soy or pea proteins.

Hybrid products like these represent incremental steps in meat reduction rather than an immediate radical overhaul of the food system. Yet whether they provide a gateway for a long-term shift away from meat, or simply add to consumers’ options, remains to be seen.

If there’s an overall reduction of meat production and consumption across the world’s biggest meat-eating nations like the UK and US, then high-quality “real” meat from smaller, climate-conscious producers could be reserved for celebratory occasions like Christmas. For the rest of the year, we could follow a menu of plant-based foods and meat alternatives. But a key challenge is whether people are willing to reduce meat to this extent.

The turkey dinner is, of course, only one version of many seasonal menus enjoyed by different cultures around the world – meaning that we don’t necessarily have to follow its formula when imagining future Christmas feasts.

We might be dining on insect-based Christmas pies with robot-harvested algae on the side, consuming festive-flavoured nutrient drinks, or eating imitation meats made from air-fed microbes.

Alternatively, we might ultimately reject conventional meat and ultra-processed protein products and embrace a meatless menu of vegetables and legumes as already enjoyed in some Christmas traditions across the world.

Many of these scenarios have far-reaching implications for the future of food and farming – from changing agricultural livelihoods and landscapes, to deciding which industries are in control of our food systems.

While turkeys may vote for many of these options, it’s important to understand who else is set to benefit or lose in each case and what other solutions might be missing from the table. Change in food systems is nothing new. Considering how that change is made is, however, essential if we are to serve up the most sustainable and equitable futures for all.

Alexandra Sexton receives funding from The Leverhulme Trust, and has previously received funding from ESRC and the Wellcome Trust.