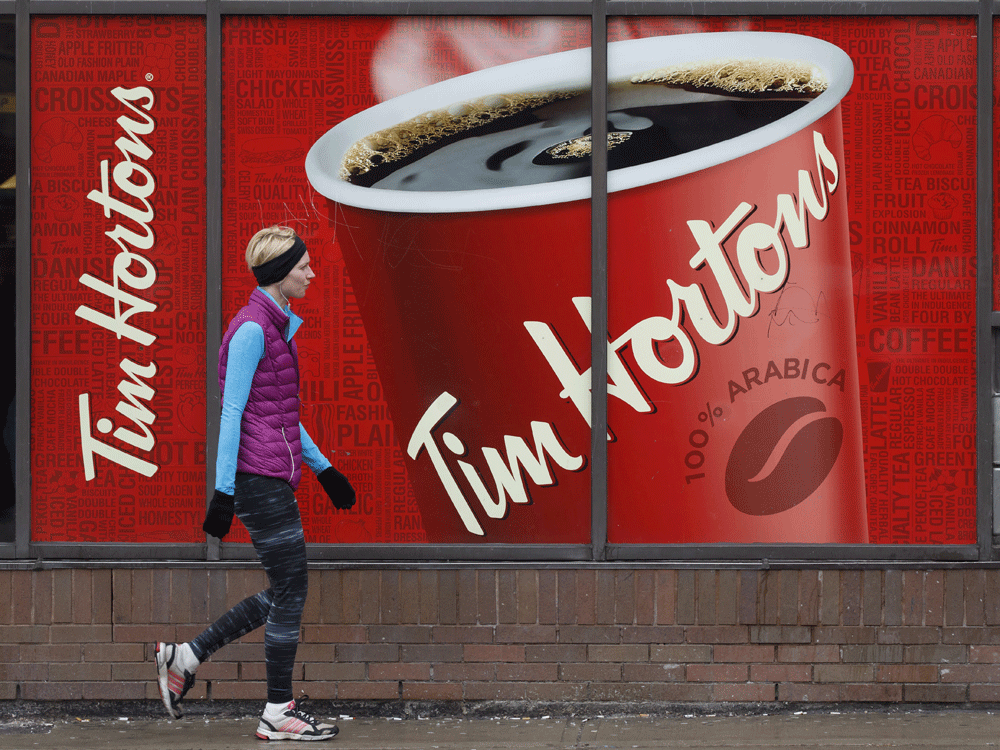 Executives at Tim Hortons have for several years monitored customer responses to this question: How close do you feel to the Tim Hortons brand?

That is, close in an emotional way, not a geographical one. As in: How near and dear do you hold the national coffee and doughnuts chain in your heart?

Responses to the question, on a scale of one to 10, feed into a metric called “brand closeness.” A high score signals that customers feel they have an emotional relationship with Tim Hortons, rather than a purely transactional one, said Duncan Fulton, chief corporate officer for parent company Restaurant Brands International Inc.

Tim Hortons in its latest quarter hit its highest brand closeness in three years, RBI said in an earnings update on Friday, indicating that a major turnaround effort at the coffee chain is starting to take hold.

For more than a year, RBI has been attempting to steer Tim Hortons back toward its roots of coffee and breakfast, after a years-long detour in which the floundering chain squabbled with franchisees and tried in vain to win customers back with a mess of ill-fated menu experiments, including poutine and plant-based hamburgers.

Since then, Tim Hortons has focused its innovation efforts on fine-tuning the classics on its menu, including developing a new dark roast coffee blend and switching out a “multi-ingredient egg omelette” for a freshly cracked egg in its breakfast sandwiches.

Fulton said he expects Tim Hortons to keep executing the back-to-basics plan until at least the end of next year, with more improvements currently in development.

In its first-quarter earnings presentation on Friday, RBI chief executive Jose Cil said the improvements were starting to drive sales, with the new dark roast apparently helping Tim Hortons gain two per cent in coffee market share during the quarter.

“This is Tims’ heartland,” Cil said about coffee and breakfast, “and we must own it, on the beverage and food front.”

RBI, which also owns Burger King and Popeyes Louisiana Kitchen, booked adjusted net income of US$257 million and system-wide sales of US$7.9 billion.

RBI’s adjusted earnings per share of 55 cents U.S. were 10 per cent above average expectations, according to Scotiabank analyst Patricia Baker. She called RBI’s results “a quarter we’ve been waiting for” in a note to investors on Friday.

Tim Hortons sales fell slightly in the quarter to US$1.4 billion, down US$3 million year over year. Comparable sales, a key gauge of success in retail, fell by 2.4 per cent, which was better than the 10.3 per cent decline a year ago.

Ramped-up public health restrictions restricted customer mobility during the quarter in much of Canada, particularly in Ontario where Tim Hortons has roughly 50 per cent of its locations. Cil said the biggest drag on sales was the disappearance of the “regular, routine morning coffee guest.”

But there were also bright spots, with the chain’s digital overhaul of its beloved Roll Up the Rim to Win contest driving up online sales. For the first year ever, the contest was only available on the chain’s mobile app, and not under the rims of paper cups.

RBI said the contest pushed digital sales at Tim Hortons to 30 per cent of total sales in Canada, making it the best quarter of digital sales yet for any of RBI’s three brands in their home markets.

“We saw an incremental two million downloads of our app in March, twice the downloads that we saw last year,” Cil said, adding that the gains provided “a picture of a brighter digital future in Canada.”