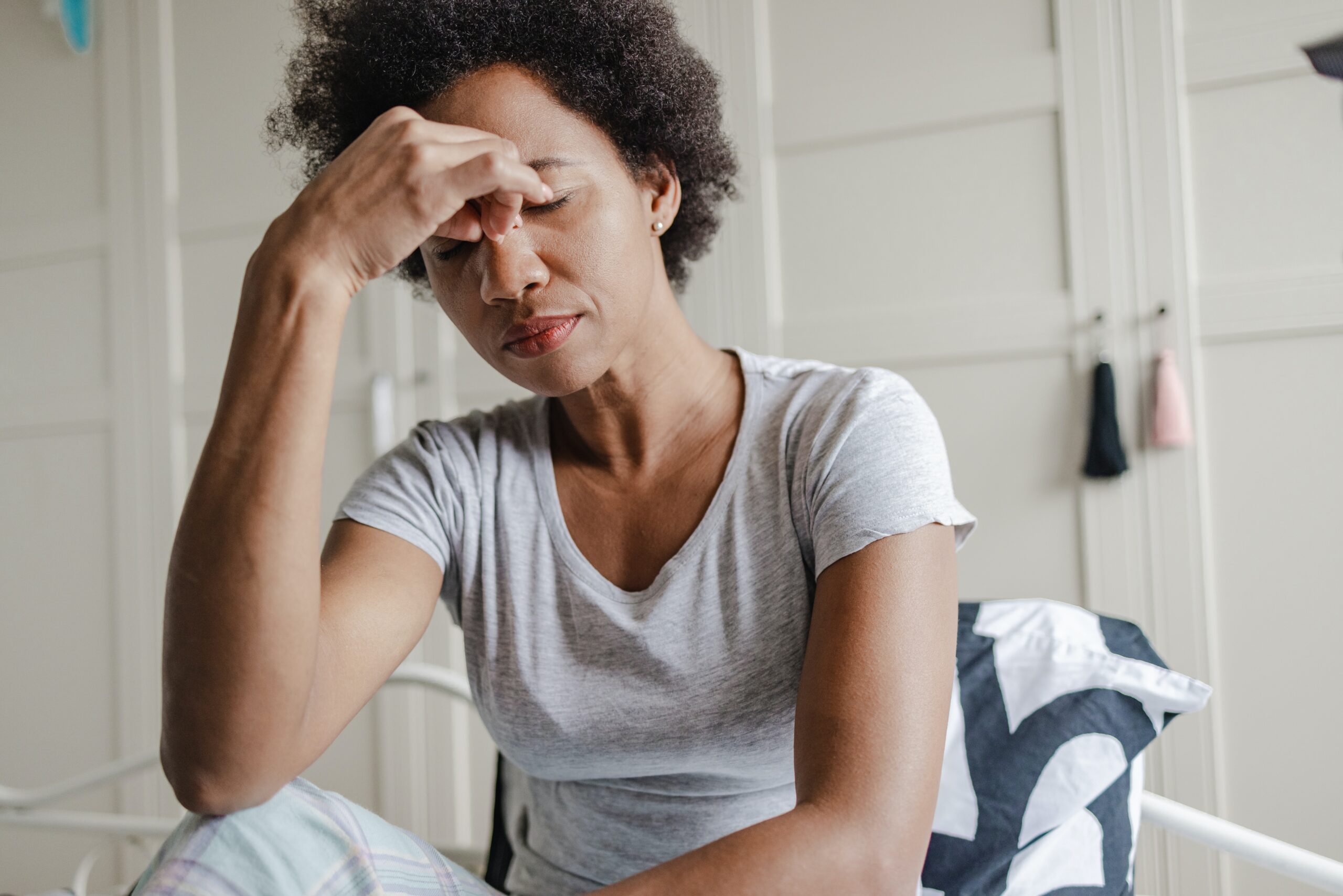 For several months during the summer of 2022, my dog Scout vomited at 3 a.m. nearly every day. If you have a dog, you know the sound. And each time, she gobbled up her mess before I could get to it, making diagnosis of the cause difficult.

The vet and I eventually settled on my hydrangeas as the source of the problem – but keeping Scout away from them didn’t work. She started to seem tired all the time – highly concerning in a typically hyper yellow Lab puppy.

Then one day Scout vomited up a hairball – but not just any hairball. In dogs, hair normally passes easily through the digestive system, but this hairball was wrapped around a brillo pad that was too big to move through. Once this foreign object was removed, the overnight vomiting ended. Scout still needed treatment, though, for a different and surprising reason: The object had inhibited a step in her body’s absorption of vitamin B12. B12 is an essential nutrient involved in proper functioning of blood cells, nerves and many other critical processes in the body.

I’m a registered dietitian, and I teach nutrition and food science to college students, but still I missed the B12 deficiency that was causing my puppy’s fatigue. Doctors can just as easily be blind to it in people – even though B12 deficiency is a common health problem that affects an estimated 6% to 20% of the U.S. population.

B12 is scarce in the diet, and it is found only in foods from animal sources. Fortunately, humans need only 2.4 micrograms of B12 daily, which is equivalent to one ten-millionth of an ounce – a very, very small amount. Without adequate B12 in the body, overall health and quality of life are negatively affected.

One primary symptom of B12 deficiency is fatigue – a level of tiredness or exhaustion so deep that it affects daily life activities.

Other symptoms are neurological and may include tingling in the extremities, confusion, memory loss, depression and difficulty maintaining balance. Some of these can be permanent if the vitamin deficiency is not addressed.

However, since there can be so many causes for these symptoms, health care providers may overlook the possibility of a B12 deficiency and fail to screen for it. Further, having a healthy diet may seem to rule out any vitamin deficiency. Case in point: Because I knew Scout’s diet was sound, I didn’t consider a B12 deficiency as the source of her problems.

How B12 is absorbed

Research is clear that people who consume plant-based diets must take B12 supplements in amounts typically provided by standard multivitamins. However, hundreds of millions of Americans who do consume B12 may also be at risk because of conditions that could be hampering their body’s absorption of B12.

B12 absorption is a complex multistep process that begins in the mouth and ends at the far end of the small intestine. When we chew, our food gets mixed with saliva. When the food is swallowed, a substance in saliva called R-protein – a protein that protects B12 from being destroyed by stomach acid – travels to the stomach along with the food.

Specific cells in the stomach lining, called parietal cells, secrete two substances that are important to B12 absorption. One is stomach acid – it splits food and B12 apart, allowing the vitamin to bind to the saliva’s R-protein. The other substance, called intrinsic factor, mixes with the stomach’s contents and travels with them into the first part of the small intestine – the duodenum. Once in the duodenum, pancreatic juices release B12 from R-protein and hand it to intrinsic factor. This pairing allows B12 to be absorbed into cells, where it can then help maintain nerve cells and form healthy red blood cells.

A B12 deficiency typically involves a breakdown at one or more of these points on the way to absorption.

Risk factors for B12 deficiency

Without saliva, B12 will not bind to the saliva’s R-protein, and the body’s ability to absorb it is inhibited. And there are hundreds of different drugs that can cause dry mouth, resulting in too little saliva production. They include opioids, inhalers, decongestants, antidepressants, blood pressure drugs and benzodiazepines, like Xanax, used to treat anxiety.

The last three categories alone account for easily 100 million prescriptions in the U.S. each year.

Production of stomach acid can also decrease with aging. More than 60 million people in the U.S. are over age 60, and some 54 million are over the age of 65. This population faces a higher risk of B12 deficiency – which may be further increased by use of acid-reducing medications.

Production of gastric acid and intrinsic factor by the specialized parietal cells in the stomach is critical for B12 absorption to occur. But damage to the stomach lining can prevent production of both.

In humans, impaired stomach lining stems from gastric surgery, chronic inflammation or pernicious anemia – a medical condition characterized by fatigue and a long list of other symptoms.

And lastly, Metformin, a drug used by around 92 million Americans to treat Type 2 diabetes, has been associated with B12 deficiency for decades.

Treatment for B12 deficiency

While some health care providers routinely measure B12 and other vitamin levels, a typical well-check exam includes only a complete blood count and a metabolic panel, neither of which measures B12 status. If you experience potential symptoms of a B12 deficiency and also have one of the risk factors above, you should see a doctor to be tested. A proper lab workup and discussion with a physician are necessary to discover or rule out whether inadequate B12 levels could be at play.

In the case of my dog Scout, her symptoms led the vet to run two blood tests: a complete blood count and a B12 test. These are also good starting points for humans. Scout’s symptoms went away after a few months of taking oral B12 supplements that also contained an active form of the B vitamin folate.

In humans, the type of treatment and length of recovery depend on the cause and severity of the B12 deficiency. Full recovery can take up to a year but is very possible with appropriate treatment.

Treatment for B12 deficiency can be oral, applied under the tongue or administered through the nose, or it may require various types of injections. A B12 supplement or balanced multivitamin may be enough to correct the deficiency, as it was for Scout, but it’s best to work with a health care provider to ensure proper diagnosis and treatment.

Diane Cress does not work for, consult, own shares in or receive funding from any company or organisation that would benefit from this article, and has disclosed no relevant affiliations beyond their academic appointment.