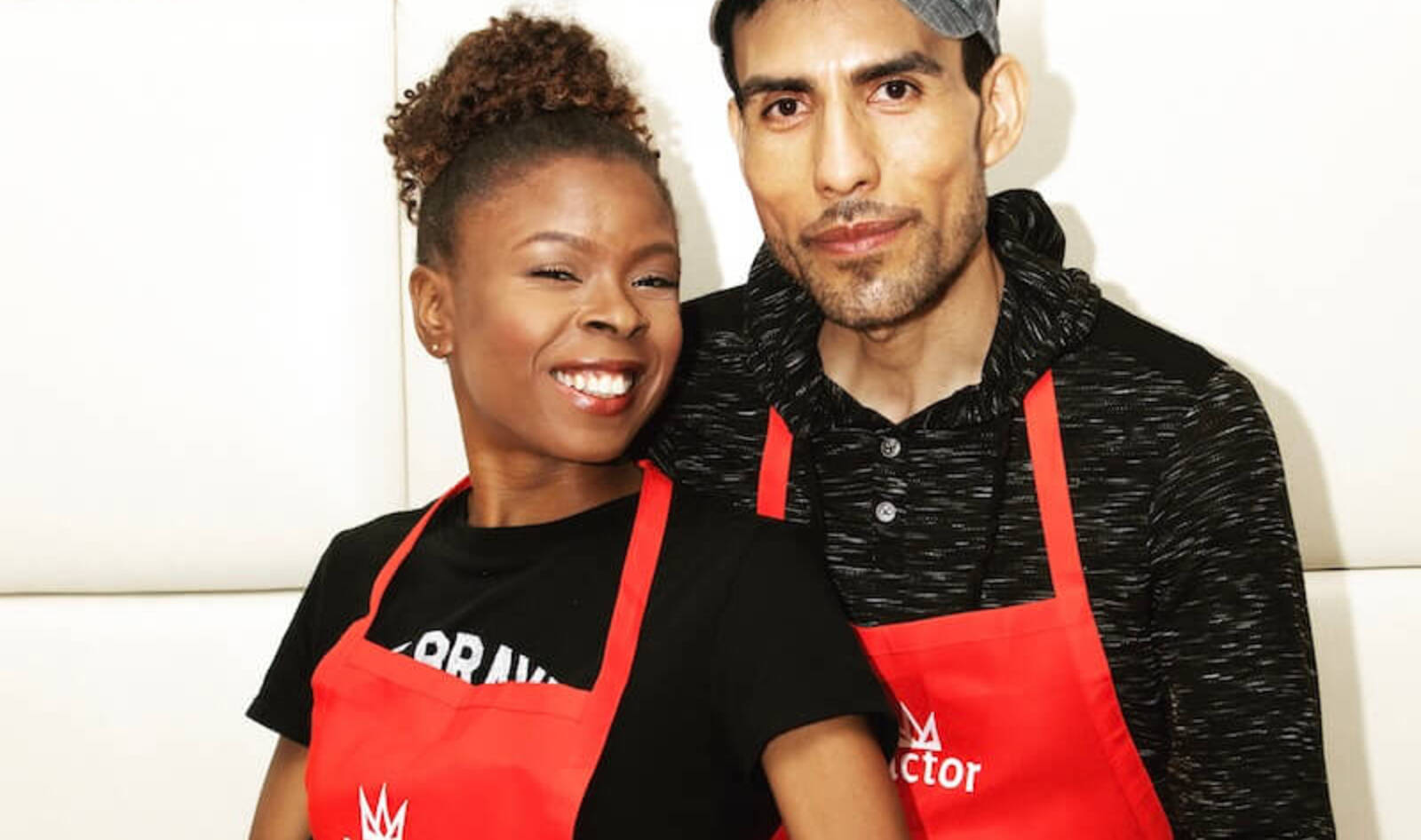 For many, the vegan lifestyle is a choice. For Mika Altidor, it was a necessity that saved her life. Years ago, Altidor prescribed to a very different lifestyle. She was successful in her career as a professional stylist, but her Standard American Diet of animal-based comfort and convenience foods wasn’t doing her any favors. After experiencing severe abdominal pains, she was diagnosed with several large fibroid tumors and faced with one option: surgery. Altidor decided to choose her own path to avoid undergoing the knife. Her intuition not only healed her, but sparked a vegan entrepreneurial spirit. Along with her partner, Victor Munoz, she launched Polk County, FL’s first and only vegan establishment—Victor and Mika’s Bakery.

Altidor wasn’t raised as a vegan, but she explained that growing up in a Haitian household, she didn’t eat a lot of meat—at least, not in comparison to the typical American diet which often includes meat as a focal point of every meal. “I ate traditional dishes like griot which is spicy fried pork with plantains. [We also ate] fish, rice, and chicken. And definitely rice and beans!” she said. Though she tried to cut back on some red meat and poultry as an adult, she admitted to having “a weakness for comfort food and pizza.” At the time, this was definitely not vegan pizza.

Altidor was confronted with the health implications of her diet after being diagnosed with several large masses around her uterus. Her doctor informed her that a hysterectomy was the only option to banish these tumors, but she was determined to avoid surgery unless absolutely necessary. She turned to a whole-food, plant-based diet instead. Over time, she healed herself and became convinced of the true power of a vegan diet. After all, she was living proof. She resolved that going back to her old way of eating was not an option, but she also craved the foods she used to love—things like pizza, tacos, and burgers. Living in an area of Florida that was relatively devoid of quality plant-based options, Altidor and her partner Munoz started experimenting in their own kitchen.

The vegan bakery is born

“Driving an hour to another vegan establishment was getting old,” Altidor said when asked about her decision to open a vegan bakery. “I knew I was not the only person in Central Florida who felt this way.” Her confidence got a boost when Munoz asked that she make vegan banana nut bread to sell at his produce stand, and the baked goods instantly took off. “Customers loved it, and it started selling out daily,” she emphasized. Munoz eventually took a larger role in the venture, investing his savings and taking over as head baker. He also injected his Mexican culture into the menu by veganizing his favorites such as conchas, churros, and savory items like enchiladas. Today, the menu borrows hits from a number of global cuisines. The savory selection has expanded to include Southern comforts such as Chicken and Waffles (that you can get topped with peach cobbler!) and Better Than Meatloaf with sides ranging from brussels sprouts to cornbread. However, there’s also an Italian-inspired gluten-free lasagna, German-style soft pretzels, and Mexican empanadas.

The bakery component is still thriving as well. Altidor noted that the daily doughnuts and cinnamon rolls are customer favorites, but it’s difficult to choose between the mouth-watering array of sweet and savory goods. Other delights on the comprehensive menu include cannolis, cake slices, churros, tiramisu, and an over-the-top celebration of indulgence by way of the gluten-free Peanut Butter Oreo Churro Cake Jar. For reference, it’s a deliciously decadent layered jar of cake, frosting, sandwich cookies, peanut butter, and a churro for garnish. It’ll make a bad day turn right around, if only for a moment.

Like all businesses, Altidor struggled during the height of the pandemic, but the duo survived by pivoting to local delivery and single-home catering. The pair also created a cookbook that was released in December 2020. Titled Chasing Vegan: Baking Vegan Fun, the gorgeous collection of treats includes bakery hits as well as Altidor’s favorite fudgy brownie recipe—veganized from her past life—and her sumptuous Red Velvet Bars. If you can’t make it to Central Florida any time soon, this book allows you to get a taste of what Victor and Mika’s is all about. Insider tip: she’s coming out with a second cookbook next summer!

Altidor overcame major obstacles to get where she is today, but her enthusiasm for the vegan lifestyle and baking fuels her work everyday.

“[I think about] making a birthday cake for a little girl allergic to eggs, or a doughnut for a person allergic to dairy, and being there for so many others. We are the only 100-percent vegan eatery in Polk County, FL, and surprising non-vegans with how delicious our foods are drives me every day.”

She’s paying it forward—in partnership with Chef Jenn of Orlando’s DaJean Eats –to launch a new podcast, Kitchen Dreamers. The interview-style show details “how to go from a dream to a tangible reality in the food industry,” and is available on your favorite podcatcher.