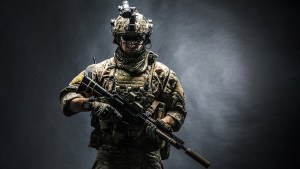 Vegan soldiers are filing complaints against the Armed Forces due to lack of plant-based food options and cruelty-free uniforms.

Leading charity The Vegan Society says it has ‘dealt first-hand’ with concerns raised by service personnel across the Army and the RAF.

Reportedly, vegan soldiers have had to eat food containing dairy as cutting out all animal products during service was ‘too hard’.

According to reports, a spokesperson for The Vegan Society said: “Vegans in the UK, whether they serve in the British Forces or not, have the protection of human rights and equality law.

“It’s vital employers understand they’re under a statutory duty to examine how their policies might have a negative impact on vegan employees.”

The Vegan Society added that not providing vegan food and uniform options could potentially put people off enrolling in the British Forces.

A Ministry of Defence (MoD) spokesperson described the health and wellbeing of its soldiers as a ‘priority’ and says it caters to dietary requirements ‘where possible’.

It then concluded: “As an inclusive employer we are exploring strategies to diversify Operational Ration Pack offerings and clothing options.”

Last year, British aircraft carriers Queen Elizabeth and Prince of Wales launched a plant-based menu for sailors in the Navy.

According to the Mirror, a MoD spokesperson said: “Healthy living in the Armed Forces is of vital importance and we encourage a nutritious diet.”

The post Vegan Soldiers File Complaints Against Armed Forces Over Lack Of Plant-Based Options appeared first on Plant Based News.