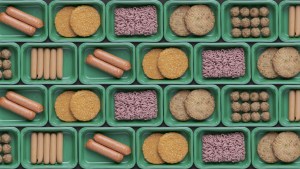 A recently published study delving into the impacts of vegan meat alternatives on the gut microbiome has produced positive results. It took two groups of people and instructed one to replace weekly meat intake with plant-based alternatives.

The outcome was that those who ate the vegan options had an increase in butyrate-producing microbes. Health experts report this is good for the body, as it helps aid disease prevention.

Scientist Miguel Toribio-Mateas is behind the randomized control study. The thinking behind it was that many people view plant-based meat alternatives (PBMAs) as ultra-processed and ‘low-quality’ despite many wanting to move towards meatless diets.

Toribio-Mateas wanted to find out what happens to the gut microbiomes of flexitarians who consume the ready-to-eat products in comparison to meat-eaters. The microbiome – which is a key area of Toribio-Mateas’s research – plays an important role in helping to control digestion and benefiting the immune system.

Writing on Instagram, he said: ‘I took it on knowing PBMAs had a bad reputation and was pleased to see the results because… meat alternatives are here to stay and they can play a role as part of a healthy balanced diet’.

The 39 total participants were split into two groups across the month-long study. The first was asked to replace meat with the vegan alternatives for five meals a week on average. Whereas the second ate their usual diet that includes meat and dairy.

It comes as there is a ‘distinct lack’ of information about the benefits of vegan meat products, Toribio-Mateas claims.

‘We argue that the mere industrial processing of ingredients of plant origin does not make a [plant-based meat] product ultra-processed by default’, he adds.

Despite its small study sample, the research accepts that defining a ‘healthy’ gut can be challenging as most of the variance in the microbiome is still ‘unaccounted’ for.

This is because it indicates ‘a positive change in gut bacteria populations’ among participants. Moreover, ingredients such as chicory root, carrot, pea, and potato fibers benefit human health, she said.

‘Plant-based meat alternatives are here to stay. And an understanding of their health impact is important’, Dr. Newman added on social media.

You can read the study in full here