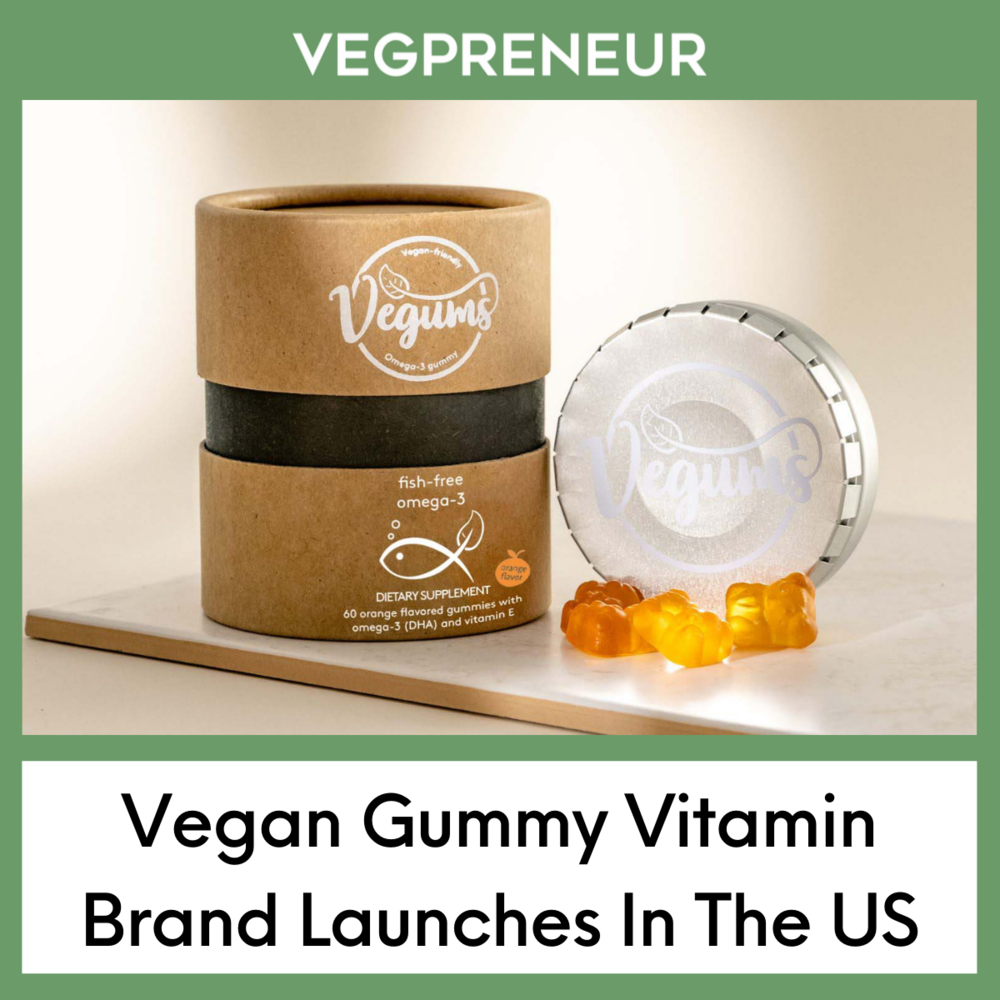 [Hoboken, NJ – January 4, 2022] – Vegums, the multivitamin and supplement gummy for vegans and those adopting a plant-based lifestyle, announced today the launch of Vegums USA. Founded by John Rushton and Abdul Sharief, two UK pharmacists in 2018, Vegums was created to address the vitamin and mineral deficiencies associated with rapidly growing vegan and plant-based lifestyles as well as staying passionately committed to sustainability and animal welfare.

“As pharmacists, Abdul and I just couldn’t find vitamins for our families that were committed to the true vegan cause, so we created one!” said John Rushton, Co-Founder of Vegums. “We saw the meteoric rise of veganism as well as plant-based diets coupled with the huge concern about the planet and animal welfare and decided there was a great opportunity. We set about using our health, wellness, and pharmacy skills to design vitamins and supplements that not only have completely vegan ingredients – none of this “suitable for” rubbish!.” He continued, “The vegan diet can mean that people become deficient in certain nutrients which in turn can lead to health issues, so we adjusted levels to compensate for this. We also care greatly about the planet we live on and animal welfare, so we built the brand to give back for the next generation’s future. We feel that our whole ethos is best summarized by Vegums’ tagline “Conscience tested”.”

Certified by the Vegan Society, Vegums vitamin gummies comprise genuine, easy-to-grasp, vegan ingredients. Citrus peel is used as a gelling agent as opposed to animal-based gelatin. Natural colors and flavors are always employed and where a touch of sweetness is required, it is with unrefined cane sugar to avoid the use of bonemeal common in refining. “We also went the tasty gummy route – why not make vitamins pleasant to take and digest?,” said Rushton. “And, for the adults as well as the kids, we’ve created bear families.”

"There are so many benefits to following a vegan diet, but it can be easy to fall short of some important vitamins and minerals,” said Dr. Nicole Avena, PhD, a research neuroscientist, author, and expert in the fields of nutrition, diet, and addiction. Vegans need to pay extra special attention to a few vitamins and minerals like vitamin B12, iron, or VitaminD (among others) because the best sources of these nutrients come from animal foods. A supplement optimized for vegans could target these nutrients that vegans are likely missing out on, and help someone following a vegan diet feel secure knowing that they aren't lacking important vitamins and minerals they need to stay healthy."

Winner of the 2020 World Plant-Based Awards, Vegums will initially be available in the U.S. via three “Ve-ssentials”:

“We’re passionate about the planet and have built sustainability into the framework of our brand,” said Abdul Sharief, Co-Founder of Vegums. “All Vegums ingredients have been traced back to their source to ensure that no animal products were used at any stage. Additionally, unlike many vegan competitors, we’ve abandoned plastic packaging. All Vegums products come in biodegradable cellulose and recycled cardboard, designed to be stored in our custom reusable tin. We will not contribute to landfill waste. Importantly, in the UK, Vegums has achieved carbon-negative status; we aim to do the same in the U.S. We know it’s a big place, but we are ready for it and by all accounts, the vegan population is ready for our products.”

Vegums are available for purchase directly from www.vegums.com, and via Amazon, in addition to a growing number of selected local vitamin and health and wellness stores across the country. A one-month adult or two-month children’s supply of the Vegan Multivitamins and the Iron retail for $19.95 with a subscription; with Fish-Free Omega-3 retailing for $21.95, again with a subscription. The brand will be offering large introductory discounts around the launch.

With every purchase, Vegums donates a percentage of its profits to Vitamin Angels, a charity that assists pregnant women, infants, and children who live beyond the margins. Additionally, for every review on TrustPilot, the brand has partnered with MoreTrees to plant trees in local communities, helping improve opportunities for work and to offset the CO2 the business emits. To date, the brand has planted trees for local and tribal communities in Madagascar, for local farmers in Haiti, and with the Kijabe Forest Trust in Kenya.

About Vegums
Vegums was founded in 2018 by two UK pharmacists, John Rushton and Abdul Sharief, to address the vitamin and mineral deficiencies associated with rapidly growing vegan and plant-based lifestyles. Certified by the Vegan Society and winners of the 2020 World Plant-Bases Awards, Vegums has formulated the perfect blend of vitamins and minerals specifically to complement a plant-based diet. Upon entering the US market in the fall of 2021, Vegums offers a range of vitamin gummies including: a Vegan Multivitamin specifically optimized for the vegan diet; Fish-Free Omega-3, a vegan Omega-3 from sustainably sourced marine algae, and Iron, 14mg of ferrous iron. All Vegums products subscribe to the core vegan spirit and avoid animal-based ingredients such as gelatin or sugar refined with bonemeal. Ingredients such as citrus peel are used as a gelling agent as opposed to animal-based gelatin and natural colors and flavors are used together with a pinch of natural, unrefined cane sugar for sweetness. Advocates of a better planet, Vegums only use biodegradable and/or recyclable packaging. All Vegums products are available on www.vegums.com and Amazon. Join the plant-based conversation with @Vegums.