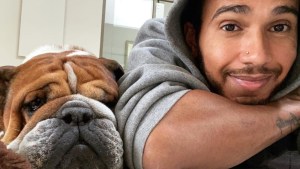 Vegan racing car driver and Formula One star Lewis Hamilton will receive his knighthood this week for services to motorsports.

The athlete’s knighthood was revealed on the Queen’s New Year Honors list in December 2020.

This Wednesday (December 15, 2021), it will become official during an investiture ceremony at Windsor Castle. It is not yet known who will be overseeing the ceremony.

Mercedes-backed Hamilton is the fourth F1 driver to ever receive a knighthood. Sir Stirling Moss and Sir Jackie Stewart were granted theirs in 2001, and Sir Jack Brabham received the honor in 1979.

Still, Hamilton’s long list of accolades is nothing to dismiss. With seven F1 titles under his belt, the 36-year-old is tied with Michael Schumach for the most world championship victories.

Hamilton also claims the most wins and most pole positions. Last year, The Guardian named him the most successful F1 driver of all time.

Hamilton first went vegan in 2017. Since then, the sporting sensation has used his sizable platform to discuss the ethics of using animals for food, fashion, and entertainment.

Last year, when he claimed his seventh F1 win after winning the Turkish Grand Prix, Hamilton took advantage of the extra attention to speak out about animal cruelty.

On his Instagram account, which then had around 30 million followers, Hamilton shared videos of pigs being sent to slaughter.

“The horrifying things that are happening to animals in order for you to keep eating meat is inhuman. If we can let go of our desires and think of the impact we’re having, maybe with some compassion, together we can help stop this by starving the industry that’s supplying [meat],” he wrote.

“It is those of us that eat animal products that are complicit with this happening. Please don’t turn a blind eye, please don’t ignore it. Go plant-based.”

Hamilton has previously said his only regret about going vegan is not doing it sooner.