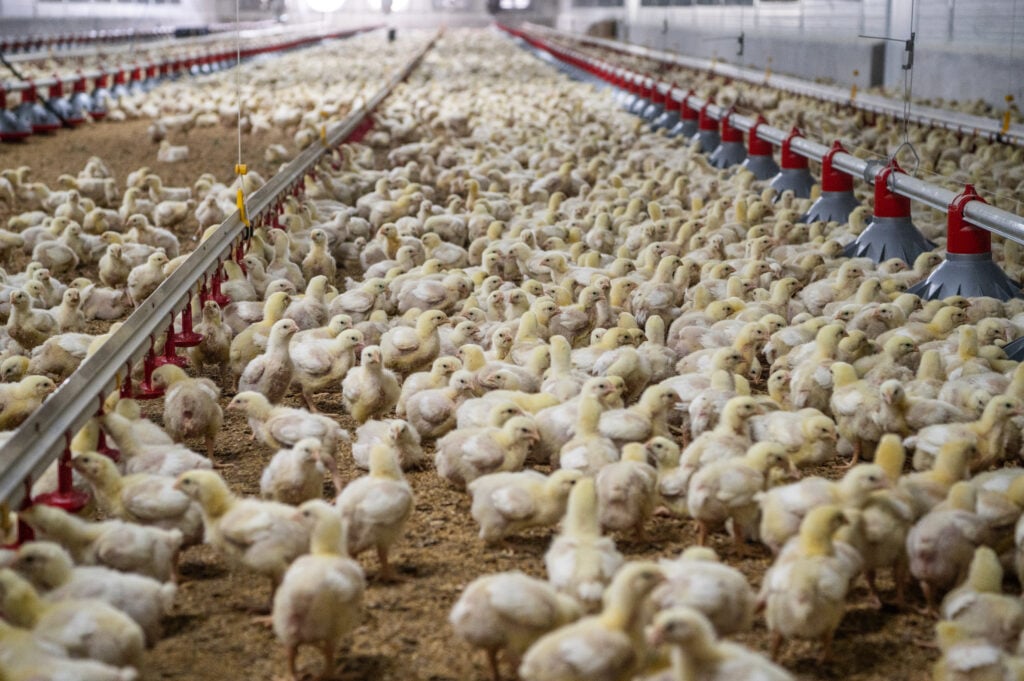 New legislation could see the US crack down on animal cruelty and welfare in factory farms.

The Industrial Agriculture Accountability Act will, if passed into law, require farms to submit to stringent new rules surrounding disaster mitigation and treatment of animals.

The act stands to end self-inspection programs in slaughterhouses. It also calls for higher welfare for livestock being transported over long periods of time.

In a bid to lessen cruelty at the point of slaughter, the act calls for improved equipment as well as an increase in inspectors visiting smaller factory farms. Traditionally, such locations have flown under the radar.

Mass animal slaughter in US farms

If legalized, the act will force industrial farming operations to register with the United States Department of Agriculture. In addition, they will have to submit detailed emergency plans to avoid inhumane mass slaughter of animals in the face of future emergencies. These will include pandemics and natural disasters.

A fee will also be payable, to build a “High-Risk AFO Disaster Mitigation Fund.” This will facilitate humane “depopulation” techniques, when essential.

During the COVID-19 outbreak, millions of animals were killed due to slaughterhouses being closed. This was referred to as a “depopulation effort.” Many fell victim to barbaric executions – like being suffocated with a layer of foam – because they could no longer be processed properly.

Exact figures remain unclear, due to production companies being under no obligation to release them. Nor was there any reporting of the conditions under which their animals were destroyed.

The Industrial Agriculture Accountability Act is another attempt by New Jersey Democrat Booker to improve the US food system.

Booker, who maintains that factory farming should be banned, links the industry to the spread of zoonotic diseases and serious threats to human health.

“We’ve seen multiple recent crises that have shined a light on the threat that corporate meat producers and their web of factory farms represent to workers, animals, the environment, and rural communities,” Booker said in a statement.

When disasters, including avian flu outbreaks, pandemics, and extreme weather conditions strike, industrial farming operations are impacted. However, they are also propped up by the US government. A prominent subsidizer of the meat sector, the government has continued to put measures in place to secure the future of industrial-scale meat production in the US.

However, Booker and supporters of the new act want this subsidizing to stop.

“It’s time we stop allowing multibillion-dollar corporations to externalize the cost of their high-risk operations. The Industrial Agriculture Accountability Act shifts the burden to where it belongs: the backs of Big Agribusiness,” Craig Watts, field team operations director of the Socially Responsible Agriculture Project said in a statement.

More than 60 organizations support the act, including prominent animal rights campaign groups. The Humane League, Humane Society of the United States, Compassion in World Farming, and Animal Equality are all named.

Research indicates many people do not understand the role of intensive animal agriculture in the spread of diseases. This is despite scientific evidence that details how cramped factory farms can create breeding grounds for deadly virus strains. Still, consumers tend to assume governmental failures or the wild animal trade to be more at fault.

Last year, non-profit organization Farm Sanctuary asked President Joe Biden to phase out factory farming in favor of safer alternatives. In a letter that detailed how slaughterhouses are known to be hotspots for disease transmission, the group implored the president to consider plant-based alternatives.

Biden failed to comment on the request. However, he recently included cultivated meat in a new executive order. This potentially paves the way for an environmentally superior and less cruel alternative to factory-farmed meat.