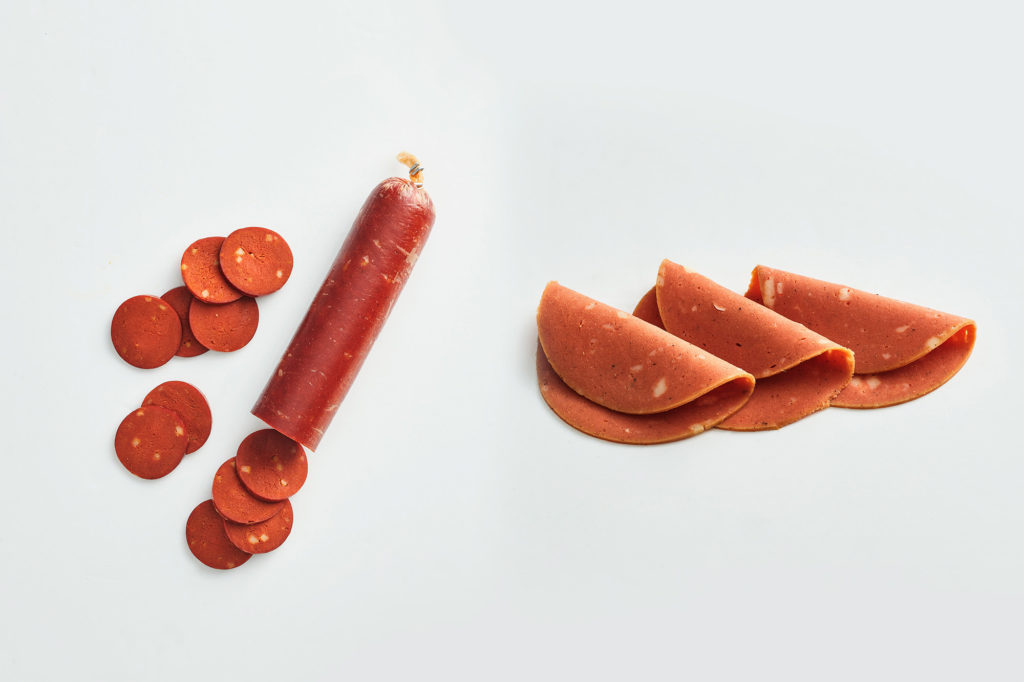 UNLIMEAT announced that it is expanding its offerings to include plant-based deli slices, having completed development on plant-based pepperoni and mortadella.

UNLIMEAT pepperoni improves on the shortcomings of competitor’s vegan pepperoni, which often dries out when heated using the brand’s newly created UNLIMEAT plant fat. UNLIMEAT plant fat is made from coconut and contains less than half the calories compared to animal fats. Kyle Kim, UNLIMEAT CTO, remarked that, “Usually, vegan pepperoni tends to dry out or burn when cooked in the oven. I am sure UNLIMEAT is the only product that does not deform even after cooking. It’s due to our plant fat made with plant-based ingredients like coconut oil. UNLIMEAT Pepperoni contains about 15% UNLIMEAT plant fat, so it retains its moisture even after cooking.”

Mortadella is an Italian sausage made from finely minced pork mixed with diced pork fat and spices such as pepper. UNLIMEAT created its mortadella using its plant fat, creating a wholly plant-based product. UNLIMEAT mortadella also contains 25 grams of protein, which is higher than animal-based sliced ham.

Both products were made by following authentic European recipes in collaboration with the Bayerische Fleischerschule Landshut, a prestigious German meister training institution established in 1928. The products use natural spices such as fennel seeds, caraway seeds, cardamom, and nutmeg, and a smokey scent is added using oak smoke. The products are sold frozen and have a shelf life of 12 months.  The company plans to enter the market via large distribution channels.