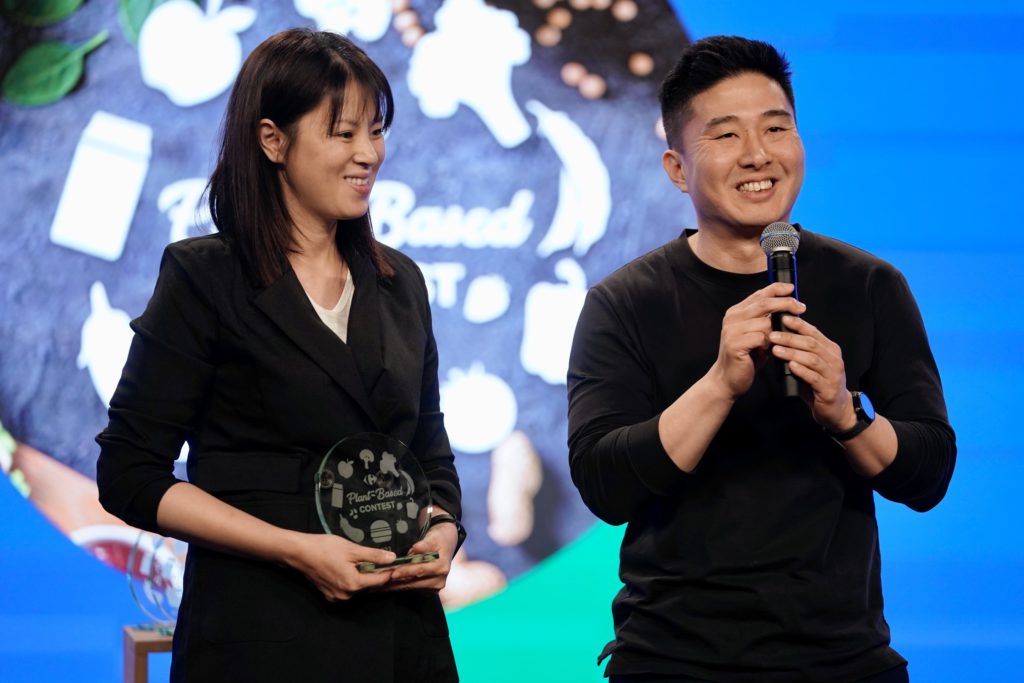 Plant-based alternative meat producers, Unlimeat, has been chosen as one of ten winning brands in Carrefour’s Plant-Based Contest, this year.

The event was hosted by the French distributer as part of their vision to help support start-ups in entering the global market, as well as to introduce more plant-based products to its customers.

The contest received entries from over 250 brands and 50 countries. From this, 15 teams were selected as finalists who then faced the judges in Paris on 9 June. Through the scrutiny, each brand directly pitched its idea and back story to Carrefour Group CEO, Alexandre Bompard, CSR Director, Nicolas Dher, plus other Carrefour execs, investors, the media and other influential people from the plant-based industry.

Unlimeat is a Korean start-up that upcycles ingredients to make its products. This includes skimmed soybean powder that’s extracted from soybean oil, as well as rice bran that’s founded from milling brown rice. If that isn’t impressive enough, Unlimeat’s plant-based jerky also uses proprietary extrusion technology to create a texture that’s just like real meat. And they obviously did a good job because it was so popular that the product sold out within a month of launching. Another popular Unlimeat product is their plant-based meat dumplings which contain around 30% plant-based meat, giving it a similar to real meat texture.

A representative from Carrefour commented: “Unlimeat received high marks for practising a virtuous cycle that supports a healthy ecosystem. The fact that it has its own factory and has product scalability is also one of the reasons why it received a positive evaluation. We hope to be able to see wonderful products from this start-up in Carrefour stores around the world soon.”

As a distributor, Carrefour has over 13,000 stores in more than 30 countries around the world. The winning brands will have a range of opportunities to collaborate with the Carrefour team, such as displaying their products in selected stores.

It’s such an inspiring opportunity for all the start-ups involved and we wish them all the best for the future. We can’t wait to try your ranges!