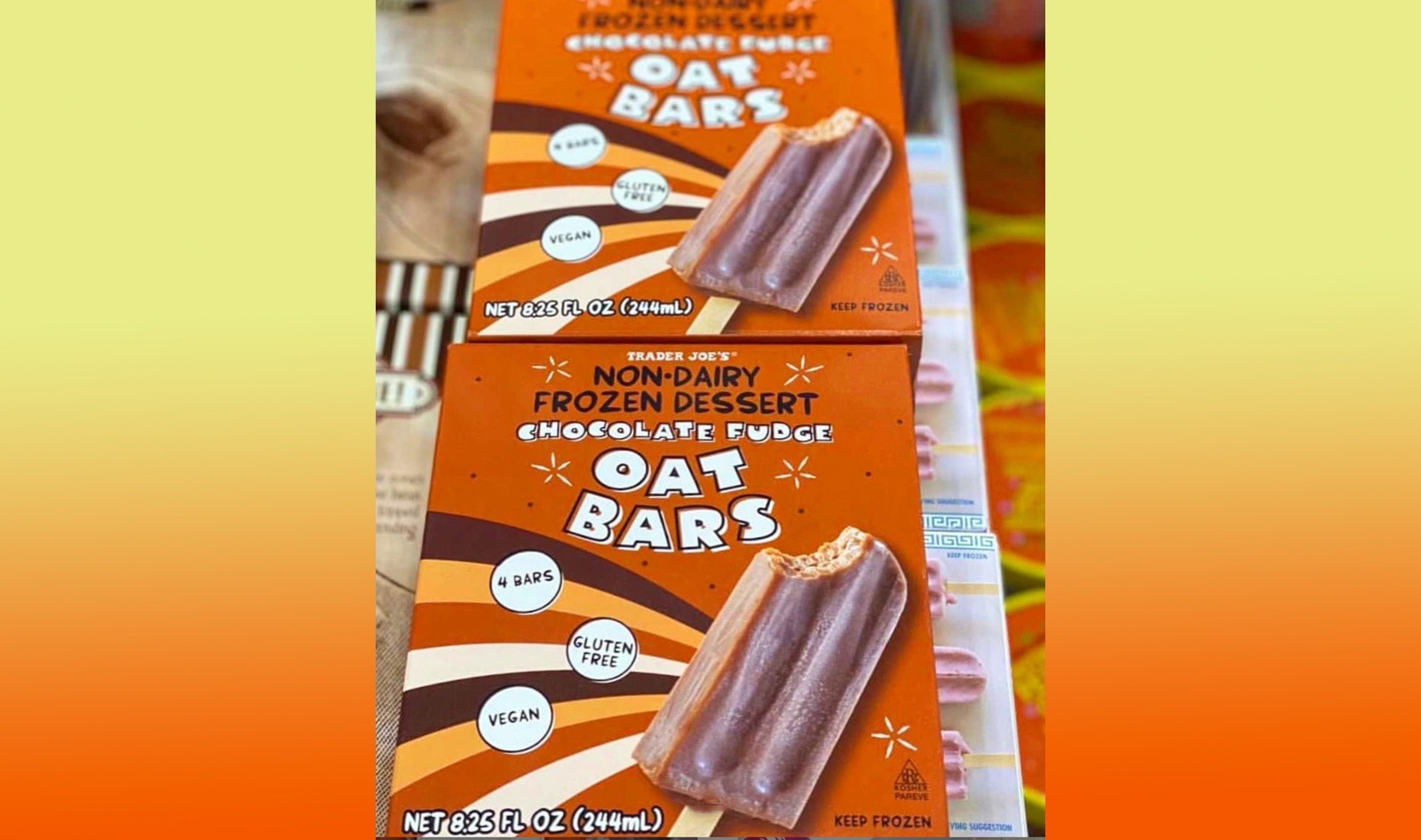 Grocery chain Trader Joe’s recently upped its vegan dessert options with the launch of vegan fudge ice cream bars. The Non-Dairy Frozen Dessert Chocolate Fudge Oat Bars are Trader Joe’s vegan take on fudgesicles and are made with oat milk and semisweet chocolate. “These fudgy bars are a delicious gluten-free and vegan version of a nostalgic treat that comes with memories, but not the dairy,” Trader Joe’s describes the new vegan treats. “Chocolate-y, silky, and satisfying, these are sure to be a hit for all ages.” The bars are available in a 4-pack for $3.49 each. In addition to the new oat-based fudge bars, Trader Joe’s is planning to release another vegan treat this summer. According to insiders, the grocery chain is working on a vegan version of its Hold the Cone miniature ice cream cones that feature ice cream in a waffle cone enrobed in chocolate. Additionally, the chain recently launched Vegan Cookies & Cream Vanilla Bean Bon Bons—a new flavor of the existing coconut milk-based Non-Dairy Mint & Chip Bon Bons Trader Joe’s launched last winter.