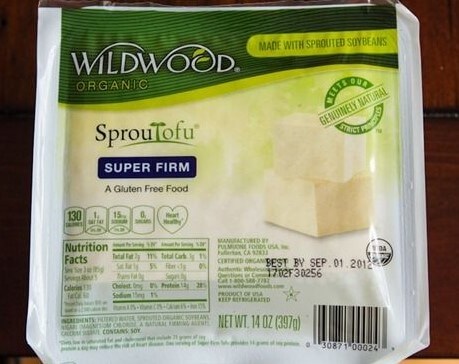 If you look at the best vegan sources of protein, two of the top options are seitan and tofu.

I’m going to show you how they stack up head-to-head, not just for protein and protein quality, but also for nutrition in general.

If you’ve never tried seitan or tofu, I’ll do my best to describe the taste of them.

Here’s a general overview before getting into specifics.

Tofu is easy to find in stores. The taste depends a lot on the firmness you buy (e.g., soft, firm, extra firm). Personally, I can’t eat the soft stuff, but I enjoy firm tofu.

Seitan is much harder to find in grocery stores, and in some cases, you can’t.

That’s mostly because seitan isn’t a specific food, it’s a recipe. Seitan describes a variety of recipes that are based on vital wheat gluten. You can find vital wheat gluten (as a powder) in most stores, usually in the baking or health food aisle.

What you’ll likely end up doing is buying vital wheat gluten, and making your own seitan. It’s pretty easy once you do it a few times, here’s a simple seitan recipe to get you started.

Which Digests Easier: Tofu or Seitan

While most people are fine eating either, tofu and seitan cause stomach issues in quite a few people. Gas is the most common side effect of eating a significant amount of either.

The reason they cause issues is different, so let’s look at them one at a time.

Why Tofu Causes Stomach Problems for Some

Beans in general cause stomach problems for most people, especially if you’re new to eating them.

Tofu typically won’t give you as much gas as regular beans. Even though it’s derived from beans, it has a lot less fiber, and a lot fewer carbohydrates.

One class of carbohydrates, called oligosaccharides, is responsible for most of the gas and bloating that beans cause. Since tofu has fewer of these, the stomach issues shouldn’t be as bad. However, there are still some.

If you suspect this is an issue for you, you can buy sprouted tofu, which is made from sprouted soybeans. Sprouting, like soaking, reduces the amount of oligosaccharides in beans.

On top of these issues, soy is a fairly common allergen. If you don’t react well to soy, there’s not much you can do.

Why Seitan Causes Stomach Problems for Some

Seitan is made from vital wheat gluten. Yes, the gluten that has been all over health blogs for years.

For most people, seitan will digest perfectly fine.

However, seitan is completely off the table for people with celiac disease. Some people also have a gluten intolerance, and the concentrated amount of wheat gluten will cause stomach issues.

If you’re not sure, try some. The first time I had seitan it gave me fairly significant stomach pain for a few hours. However, since then I’ve had 0 issues, so there may be a bit of an adjustment period as well.

All seitan will have a different nutritional profile, it depends on the other ingredients in your recipe besides the vital wheat gluten.

For this comparison, I’ll be looking at the nutritional value of that seitan recipe that I linked to previously, calculated using MyFitnessPal. It’s a simple recipe with mostly healthy ingredients.

All the data in the table below is per 100 calories.

Even though the vital wheat gluten itself has a ton of calories, the other ingredients bring down the protein percentage by quite a bit.

Still, both foods have over 40% of calories coming from protein, which is excellent, although seitan is the winner if you’re only concerned about protein.

But there’s more than protein when it comes to how healthy a food is.

Beans, and consequently tofu, are packed with minerals. On the other hand, vital wheat gluten has some micronutrients, but not a ton.

Again, the data below is for 100 calories of either food, with the seitan nutritional data coming from the seitan recipe mentioned before. Depending on the recipe you use, the nutrition may change a bit.

About N/A: Unfortunately, MyFitnessPal only provides limited data on nutrients, so it makes this hard to compare accurately.

The vital wheat gluten itself does not have much in the way of nutrition in it, however, most recipes include a significant amount of nutritional yeast. Nutritional yeast is typically fortified with several vitamins and minerals, including B12, which is useful for vegans.

Still, I’m pretty confident that even with complete data, tofu is much more nutritious than seitan.

The final thing I’d like to look at is the essential amino acid profile for both.

They both have quite good amino acid profiles.

You’ll typically be eating 200-300 calories of each at least in a meal, meaning you’d reach 100% of your RDA for most of the amino acids.

The only issues are that tofu is low in methionine, and seitan is low in lysine.

Is Tofu or Seitan the Better Plant Protein?

Both tofu and seitan are two of the best plant-based sources of protein.

I’d recommend having both in your diet if you don’t get stomach issues from either. They both have distinct tastes that will help you avoid the same boring bulking foods all the time.

Finally, you might want to see how tempeh stacks up against either of these.

The post Tofu vs Seitan: Which is the Best Plant-Based Protein? appeared first on VegFAQs.

12 Vegan Pink Dot Items that Make It a Delivery Must