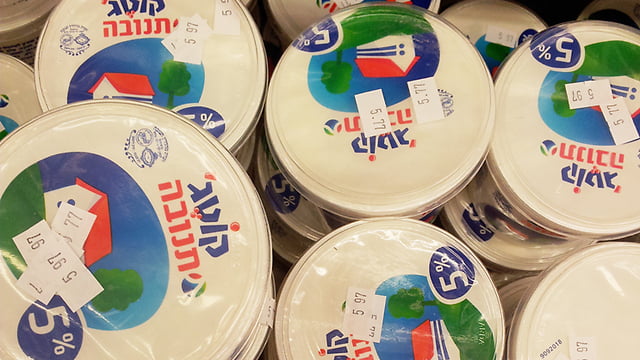 Israeli food giant Tnuva is set to establish an R&D center dedicated to alternative protein for the first time in Israel, through an investment of NIS 5 million ($1.47 million.) The new center, currently in the final stages of construction near the group’s existing R&D center in Rehovot, is part of the company’s vision to continue being a significant player in the food tech space. According to Pnina Sabradalov, manager of Tnuva’s R&D and projects division, who also manages the company’s food development processes, the center seeks to answer the demand of consumers who no longer want animal-based protein. It will be a culmination of the alternative protein and food products Israel’s largest food manufacturer is working on, all in one place, she tells NoCamels. “Our center is dedicated to the end product. And I think that’s what makes it more unique. Because all food tech companies are usually dedicated to the ingredient. And we are taking that special ingredient and combining it into the end product,” Sabradalov says, “The food tech creates the ingredients but our job is to make sure they come out as a nice end product for the consumer.” Founded in 1926, Tnuva has a long history in milk production and dairy products, but in recent years the company has seen more consumers shy away from animal-based protein as they’ve grown more health and environmentally conscious. The company currently operates the Fresh.Start incubator in the northern town of Kiryat Shmona with Israeli beverage company Tempo, Israel-based crowd-funding firm OurCrowd, and French investment firm Finistere, specializing in food and agriculture. The incubator opened in 2020 and currently works with eight food tech startups. That number is expected to grow to about 40 startups in the next few years. In January, Tnuva announced a partnership with biotech firm Pluristem Therapeutics to develop, market, and commercialize lab-grown meat by 2023. The company is based on Pluristem’s regenerative stem-cell technology and Tnuva’s marketing and production knowledge. In February, the company announced they had launched a new venture capital fund called Tnuva NEXT, focused on investments in new food tech startups and companies. Tnuva NEXT invested $7.5 million in the cultured food company created by Pluristem and Tnuva, with a corporate value of $40 million before funding, according to a statement from Tnuva Tnuva has also invested in Remilk, a company developing cultured milk components. In January Remilk raised $120 million in a Series B round led by Hanaco Ventures. Founded in 2019, Remilk has pioneered a scalable, yeast-based fermentation process that produces animal-free milk proteins that are indistinguishable in taste and function from cow milk proteins, but free of lactose, cholesterol, and growth hormones. Tnuva also invested in Blue Tree, a company developing technology for reducing sugar in fruit-based beverages. The company is also part of an Israeli consortium made up of 14 food tech companies and 10 academic labs who have received a notable $18 million investment from the Israeli Innovation Authority over the course of three years to develop more efficient, cost-competitive production methods and pilot scale-up opportunities that are aligned with the cultured meat industry. The new center in Rehovot will include a pilot plant that will produce products using raw materials developed by various alternative protein startups to create these consumer end products. “In the last year, we began to understand that we need to extend our capabilities to be more flexible with new ingredients,” says Sabradalov, noting that Tnuva as a 100-year old manufacturer understands the consumer, the market, and what is needed in the new center to find a place for the new ingredients, which go beyond the traditional dairy products to include egg substitutes, cultivated meat, fermented products, and so on. The center will test and evaluate these alternative proteins and raw materials in various products with leading partners in food tech, startups and top technology companies, Sabradalov adds, noting that extended capabilities also include special equipment that will allow the company to simulate the same processes that occur in their factories and production lines in order to manufacture the products on a smaller scale. Sabradalov says the expanded R&D center is part of a “new approach” in the last year to working with food tech startups and companies “because we understand food tech is different than Tnuva working with the big suppliers.” Part of this flexible approach includes a unit that works as a liason to bridge the gap between the startups and corporate body of Tnuva. The center itself “will be always on on the move,” says Sabradalov, “The fun thing is that we’re building a playground where we can play. So if I would like to add another machine, if I want to have a new process in line, I can do that. So [we’re building] a playground where we can play and tweak because we don’t know yet what the food tech companies will bring us so we need to be prepared for different scenarios, different processes, different products, and this is what makes it so unique, and exciting.” “With dozens of product launches a year, we have the most advanced infrastructures, capabilities, and knowledge in all categories to move Tnuva and its partners forward to the technological forefront in the alternative protein field,” she said in a statement, “Our expertise are in developing large scale production processes and reaching relatively fast a final product, unique production facilities and our profound understanding of marketing.” The post Tnuva To Launch R&D Center Dedicated To Alternative Protein appeared first on NoCamels. alternative proteins alternative protein dairy products meat cheese milk beverages protein alternative dairy cultured lab-grown fermentation fermented cultured meat venture capital funding fund investment industry startups