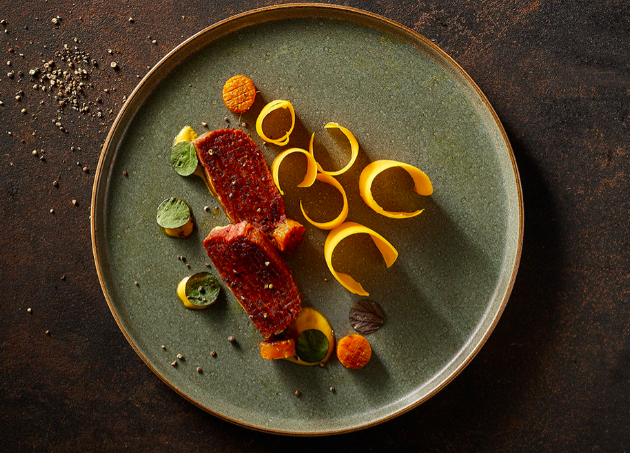 If you haven’t yet stayed at a Selina property, then that global wanderer within you has been suffering some serious FOMO. Think of a boutique hotel plus hostel plus bougie co-working space, and you’ve got Selina. Founded less than a decade ago, most of the company’s properties are in Latin America, but this chain popular with Millennial and Gen Z digital nomads is also opening more locations across the U.S., Europe, Israel and Australia.

The chain known for its continuous accommodation programs, onsite yoga classes for its guests, programs to promote local artists and interiors full of endless pops of color is now taking another step to redefine what hospitality means: All menu items at Selina will have plant-based alternatives.

Why would a hotel chain go plant-based?

Let’s take a quick look at the various ways in which we can all reduce our carbon footprint. CPG companies want you to believe that using the cold-water cycle on your washing machines or using a dishwasher over handwashing dishes will save the planet. Elon Musk and his fans will tell you electric vehicles are the way to drive to a low-carbon future. And Greta Thunberg and her allies will tell you air travel has got to stop if we’re going to curb emissions.

There’s a degree of truth in all of the above assertions. But those same detergent manufacturers often stumble when it comes to explaining why we should buy products that are 90 percent water and come in plastic that isn’t recyclable. “Dish care” makers tout their detergent pods without thinking about equity — if one’s home isn’t equipped with a dishwasher or a family can’t afford one, then this common trope of putting the onus on consumers to save the planet won’t move the sustainability needle at all. The equity argument carries over to electric cars: Many middle-class folks can’t afford the upfront costs of such a vehicle, not to mention the fact that the batteries powering EVs carry their own human rights and environmental problems. Yes, air travel generates its own impact, but let’s not point fingers at the occasional traveler: private air travel, such as the 17-minute flights taken by the likes of Kylie Jenner, is an indulgence that is far more polluting.

Editor's note: Be sure to subscribe to our Brands Taking Stands newsletter, which comes out every Wednesday.

But, if people would reduce their meat consumption, the benefits for the planet would scale far more rapidly. Further, changing one’s eating habits is a relatively simple act; going meatless doesn’t entail creating another problem, whether it’s plastic from buying an alternative cleaning product or e-waste from trading in a gas-powered vehicle.

Studies on how reducing meat consumption can heal the planet are all over the map. One study from 2019, for example, suggested that if Americans alone would reduce their meat intake by 25 percent, then annual greenhouse gas emissions would decrease 1 percent. Additional research concluded that if animal agriculture were phased out over the next 15 years, that would nix almost 70 percent of the world’s carbon emissions through the end of this century. Another study suggested the global meat supply chain ranks equally with worldwide transport when it comes to the generation of emissions.

Selina rolls out a plant-based menu

Selina is starting this plant-based rollout with a soft launch; the company already boasts a fully plant-based restaurant at a London location, and a Tel Aviv property will introduce plant-based options at its restaurant later this month.

Redefine Meat, which makes plant-based alternatives to menu items such as a flank cut, sausages and even a kebab mix, is Selina’s partner on this initiative. Sustainability is part of what explains this shift: Redefine Meat’s claims that its products require 96 percent less water, 98 percent less land and emits 91 percent fewer greenhouse gases contribute to what makes for a seamless decision by Selina.

But appealing to Millennials and Gen Z, who currently comprise the bulk of digital nomads, is also driving Selina’s strategy. Though sustainability is an important part of these consumers’ decision to go increasingly plant-based, so too are factors such as animal welfare as well as concern over one’s health and wellness.

And, should Selina follow through on this plan, it’s a much bolder plan that what most hotel chains offer on the sustainability front — whether they are asking guests to hang their towels if they don’t want them washed, or nebulous promises to go net-zero by mid-century.