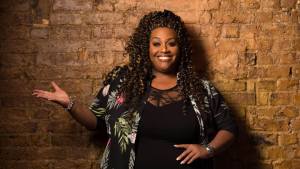 English television personality and actor Alison Hammond, presenter of This Morning, has made her feelings about vegan nuggets abundantly clear: she’s a big fan.

On a new segment of This Morning, Hammond and her co-host Dermot O’Leary, along with chef Juliet Sear, taste-tested vegan nuggets alongside animal-derived ones.

The hosts could not differentiate between the two options, dubbing the meat-free version “amazing” and “brilliant.”

“And no chickens were harmed,” Sear noted.

This Morning uploaded a clip of the raving reviews to Twitter. At the time of writing, it has gained more than 410,000 views in one day. Hammond then reshared the video from Plant Based News’ Twitter page to her 400,000 followers.

“I can’t believe that,” Hammond continued, “do you know what? I’m gonna turn into a vegan. It’s so much better for the planet.”

Hammond urged viewers – This Morning attracts around one million views a day – to try the plant-based snack for themselves.

“It’s brilliant. That is amazing. Seriously guys, try it. Try those vegan nuggets, they’re great,” she said to the camera.

O’Leary told Hammond, “I’ve never seen you so passionate – about anything.”

Hammond explained: “I just can’t believe they taste like chicken. What’s the point of eating chicken when you can eat those?”

It’s a question on people’s lips like never before. As a surging number of Brits ditch animal products in favor of plant-based food, major companies are keen to keep up.

It could be the reason that this week, KFC brought meat-free chicken burgers back to its UK restaurants. The fast food giant had tested out the option in 2019, and again in 2021. Now, the Quorn Vegan Chicken Burger is here to stay.

Similarly, just yesterday, KFC in the US launched plant-based Beyond Fried Chicken to 4,000 stores across the country.

The post ‘This Morning’ Host Alison Hammond Baffled By Vegan Nuggets: ‘What’s The Point Of Eating Chicken?’ appeared first on Plant Based News.