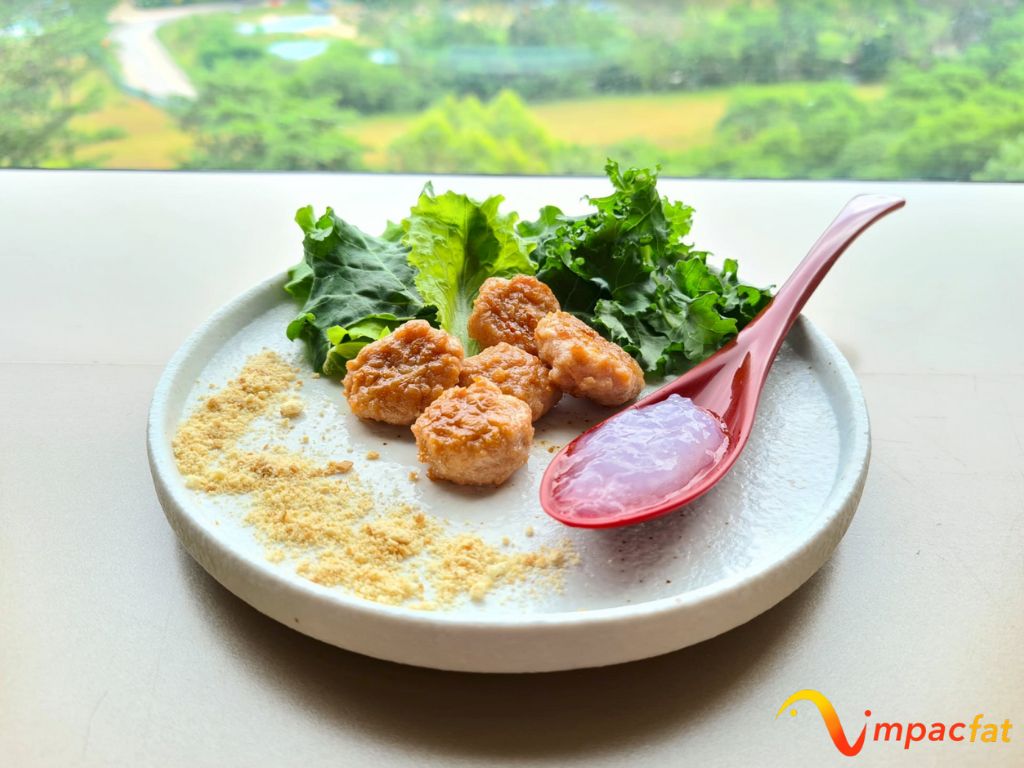 “As a consumer, we may think that fat is bad and want to reduce our fat intake. However, ImpacFat wants the world to know that fat can be good too,” Mandy Hon, Managing Director, ImpacFat Pte. Ltd., said in a statement. “Since fat is essential in our diet, why not take the healthiest one? ImpacFat aims to give that healthiest fat that you will want to gain, while at the same time protecting the animals and environment. We can’t wait to let everyone taste our healthy and tasty fish fat,” Hon said.

Fat cells play a key role in animal products, delivering mouthfeel and texture. In the case of fish fat, there are also beneficial oils including those in the omega category. ImpactFay says there has been a lack of focus on fat production, and it’s one of the biggest gaps in addressing consumer concerns about alternative protein.

According to ImpacFat, its cell-based fat is rich in omega-3 fatty acids, which it says are more resistant to oxidation and other chemical or physical changes than conventional fish oils.

The company also touts the sustainability of its products, free from the impacts overfishing is having on the world’s oceans and fish stocks. Like other cultivated products, ImpacFat’s fish fat requires fewer resources and produces fewer emissions than conventional animal products.

The cultivated fish oil delivers another benefit: the absence of heavy metals such as mercury, microplastics, and pathogens.

“Consumers want alternative proteins that exceed the taste and nutrition profiles of the conventional meat and seafood they know and love—a standard most believe the sector has not yet achieved,” says Mirte Gosker, Managing Director, The Good Food Institute APAC—Asia’s leading alternative protein think tank. “The addition of cultivated fish fat, developed by expert-led startups like ImpacFat, could be exactly what’s needed to take such products to the next level.”

ImpacFat has been the recipient of several awards including Grand Finalist at The Liveability Challenge 2022 and Winner of Asia-Pacific Agri-Food Innovation Summit pitch day 2022.

The company joins a bevy of alternative fat producers using cell-based tech. Last month, German cultivated fat startup Cultimate raised €700,000 in a pre-seed funding round to bring its fat tech to the alternative protein sector. In October, U.K.-based Hoxton Farms closed a $22 million Series A funding round for its novel cultivated animal fat.