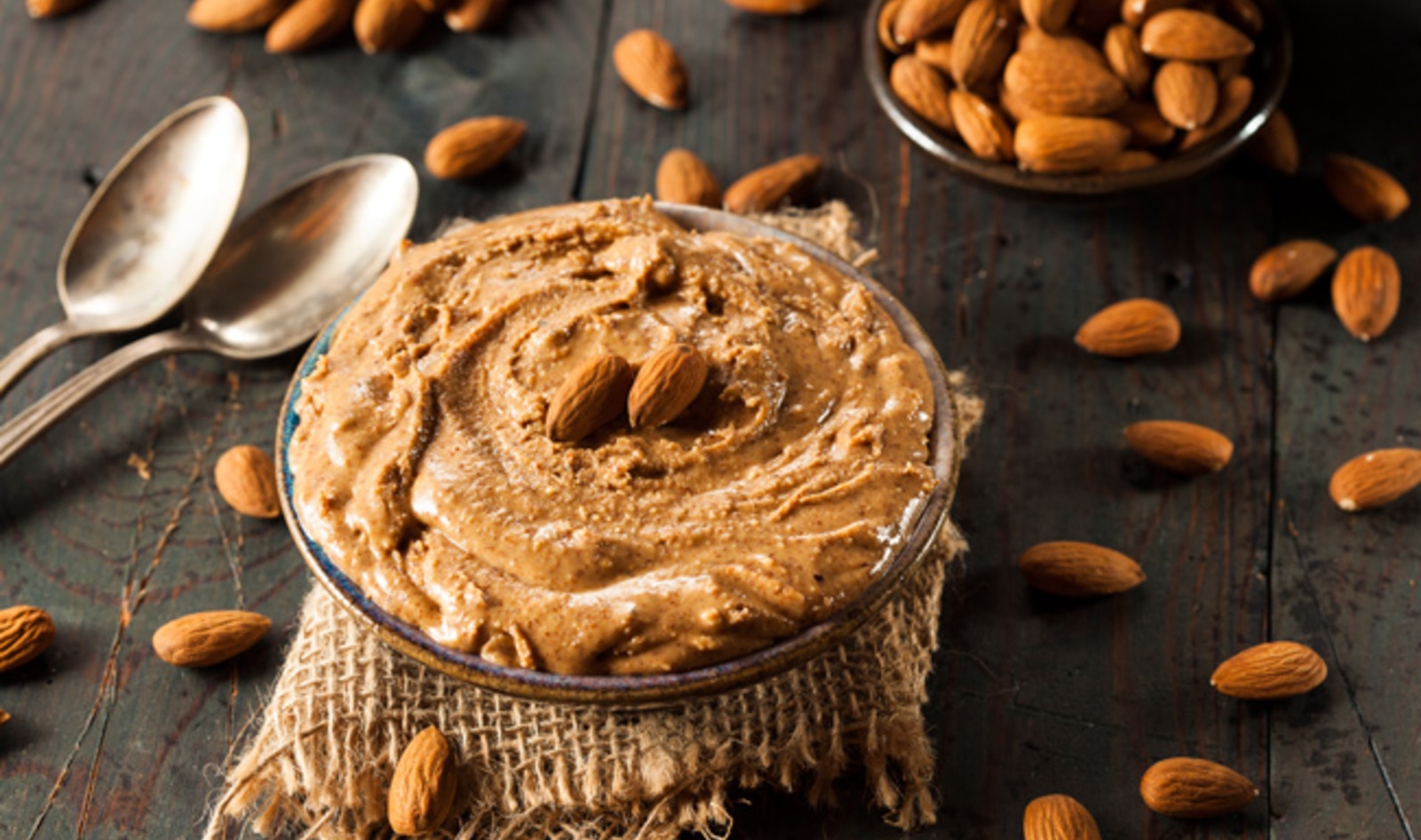 It’s easy to catch a vegan eating spoonfuls of some sort of nut butter for breakfast (don’t judge!)—it’s tasty and full of nutrients our bodies crave. But what’s the difference between the standard peanut spread, the harder-to-find cashew, and everything in between? VN breaks it down for you in this handy guide to various nut butters.

Peanuts are eaten in many forms, but there’s none more popular than the classic peanut butter and jelly sandwich. Though its name implies otherwise, peanuts are not actually nuts, they’re legumes. Full of heart-healthy monounsaturated fats, peanut butter is also a great source of antioxidants, vitamin E, folate, and protein. Turn your favorite sandwich into a hearty breakfast with our Vegan Superfood PB+J Açaí Smoothie Bowl.

A close runner-up in popularity to peanut butter, almond butter is a nutritional powerhouse. Often considered the healthiest nut, almonds are capable of lowering cholesterol and reducing diabetes risk. First introduced to the US when Spanish missionaries brought the nut to California in the 1700’s, almonds are best enjoyed in AB&J (almond butter and jelly) sandwiches or as a key ingredient in Detox Almond Butter Cups.

With incredibly indulgent flavor, hazelnut butters are most commonly mixed with chocolate (check out Healthy Vegan Nutella from Healthy Vegan for a plant-based version of the decadent spread). Even in this combination, you can benefit from hazelnut’s high levels of fiber, vitamin B, and magnesium. Amongst all nuts, this buttery version contains one of the lowest amounts of saturated fat.

Don’t be fooled by cashew’s delicate taste. This half moon-shaped nut is heavy on nutritional benefits including preventing gallstones and keeping bones healthy. It also has five grams of protein per ounce and contains essential minerals such as phosphorus, zinc, and copper. Treat yourself to rich, chewy fudge with Sweet & Salty Vanilla Bean & Cashew Butter Fudge.

Definitely more expensive and rare, macadamia butter is excellent as a dipping sauce or used as a substitute for butter in baking. Studies have shown that macadamias significantly reduce unhealthy cholesterol. Make Homemade Coconut Macadmia Nut Butter to slather atop your morning toast.

Nut butters made from pecans, walnuts, pistachios, or Brazil nuts are far harder to come by, but certainly available at specialty food stores for those with a curious palette. While similar to macadamia in taste, Brazil nut butter is known for its high content of selenium (a cancer-fighting antioxidant) content. Pistachio butter is mildly sweet and comes in varying shades of green, and is often better as a sauce or pâté ingredient than spread directly on bread. Walnut and pecan butters are both high in antioxidants, and perfect to eat with slices of raw vegetables or fruits.

From baking to dipping, these versatile butters make for an excellent addition to any meal. With so many options, it’s no wonder nut butters are a vegan’s go-to spread. Experiment with each to see which flavor and texture you like best!