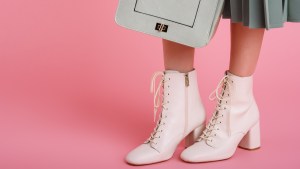 The Portuguese government has banned the term ‘vegan leather’. Now, any company that uses plant-based prefixes such as ‘vegan,’ ‘synthetic,’ or ‘pineapple’ on their products could face fines and prosecution.

Consumer clarity has been touted as the main reason for the legislation. But with the vegan leather market projected to hit almost $90 billion by 2025, the enormous growth provides a problem for the Portuguese government, which is under pressure to protect the country’s leather industry.

War of the words

Portugal is not the first country to ban so-called ‘misleading’ terms. Belgium, France, Italy, and Spain have all made moves to initiate similar laws, with consumer clarity always cited as the primary motivation.

However, last year a new study busted the myth that consumers are confused by labels such as “meat’” and “milk’” on plant-based products.

Attempts to suppress the vegan market have not always been successful. In 2020, European farmers lost in their attempt to ban terms such as “veggie burger,” and last year an Australian senator failed to enforce a ban on meat-like terms used on vegan product packaging.

Traditional leather is bad for the environment

Conventional leather has come under heavy criticism in recent years for its detrimental environmental impact, not to mention the obvious animal welfare connotations.

The Livestock sector is the world’s biggest user of agricultural land, primarily through grazing and the use of feed crops. As a result, real leather plays a significant role in climate change.

Many of the plant-based alternatives hitting the market are significantly more sustainable.

Furthermore, The Environmental Profit & Loss tool developed in 2018 by Kering states that the impact of producing vegan-leather can be up to a third lower than traditional leather.

Recent years have seen a boom in manufacturers releasing more and more types of vegan leather as global demand surges. From utilizing floral waste in India to the fique plant in Colombia, the industry is not slowing down any time soon.

Despite vegan alternatives having a lower impact on the environment than the real thing, they also have some drawbacks, mainly when they include plastic. Leather-like materials often rely on fossil-fuel-derived synthetics that mimic the desired effects of animal leather.

Plant-based materials are sometimes mixed with PU plastic which can end up in water or landfill. It takes many years to degrade and releases toxic chemicals into the environment.

However, over the past few years, innovators have pioneered ways to make vegan leather without plastic, making it the most environmentally sound choice.

The post The Term ‘Vegan Leather’ Has Been Banned In Portugal appeared first on Plant Based News.