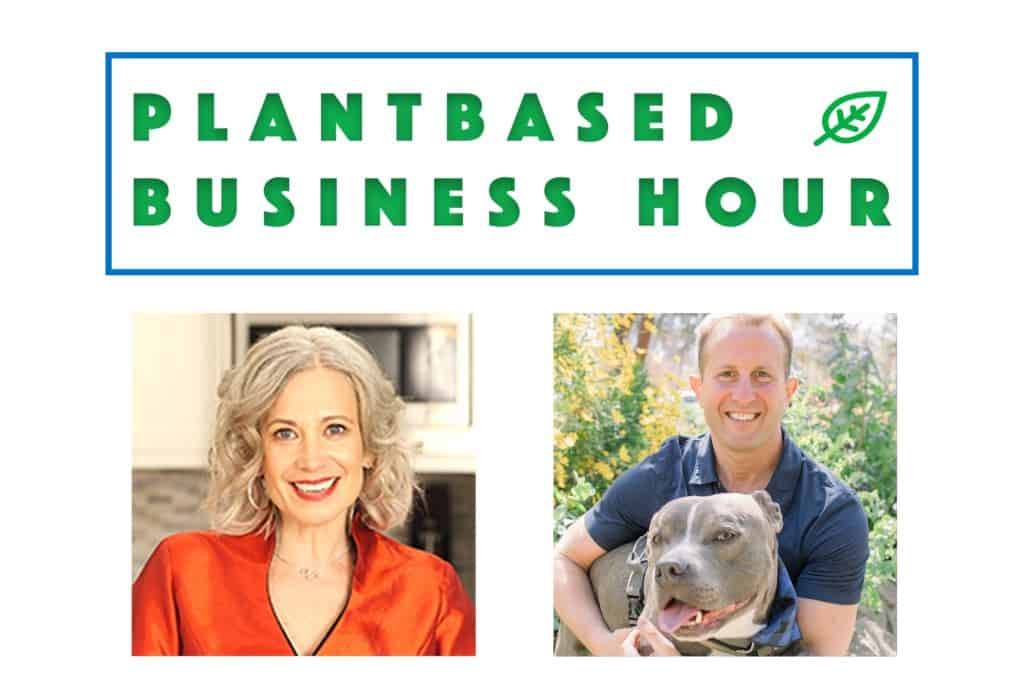 Mycoprotein: what is it and why? I chat with Paul Shapiro AND take a tour of the new mycoprotein plant recently opened by The Better Meat Co. We’ll learn how the superfood fungi Rhiza is changing the alt protein landscape on The Plantbased Business Hour.

A clip and transcript from their long-form conversation is below.  The podcast is here.

Elysabeth: Paul, thanks for being here and talking about mycoproteins.

Paul Shapiro: Let me just talk briefly, Elysabeth, if you don’t mind, about how we make plant-based meat today because right now, nearly all the meat that is sold in the plant-based world is coming from one of three crops. It’s either coming from soy, coming from wheat, or it’s coming from peas. Or it’s coming from some combination thereof. Now if you notice, all of those have one thing in common. They are all plants and plants are very far evolutionarily speaking away from animals. So it takes a lot, for example, to get a pea to have the texture and taste of an animal. So what you do is you have to grow a field of peas, let’s say, mill it into a flour. Now you have a pea flower that’s not that high in protein so you fractionate it and you remove that fiber, remove that fat, concentrate that protein down so that it’s a plant protein isolate. Now it’s like a pea protein powder that a bodybuilder might take.

The problem is that it still doesn’t have the texture of animal meat, so then you subject it to extrusion which is basically a lot of heat and a lot of pressure that changes the structure of the protein so that it goes from being globular like a plant protein to stringy like an animal protein. That’s the basis for how we get plant-based meat today or at least the base ingredient of a plant-based meat. So you have to do all of that because again plants are very far away from animals.

However, there is another kingdom altogether. Not plants, not animals, but fungi and fungi are really amazing. They’re amazing because they are not in the middle of plants and animals. They are way closer to animals than they are to plants. And so, just as an example, if you think about how we as animals breathe in oxygen and breathe out CO2. We all know plants do the opposite. They breathe in CO2 and sequester it and they breathe out oxygen. Similarly, fungi breathe in oxygen just like animals do. That’s how much closer to us than to plants they are. They breathe in oxygen and breathe out CO2. Also plants just put themselves in the sun and photosynthesize whereas animals and fungi have to search out for their food and digest it. That’s one more reason we know, for example, that fungi are way more animal-like. And this is why mushrooms have a much more meat-like texture than do plants.

Mushrooms are way meatier than plants and this is why in Asian cuisine, for example, mushrooms have been used for centuries as a meat substitute. However, there are a few deficiencies. Mainly that mushrooms are not that high in protein. So rather than using the mushroom which is the fruiting body of the fungi, you can use what’s called the mycoprotein or the micro protein. This is the root-like structure underneath that mushroom that is high in protein and often many species of the fungi actually have a very meat-like texture.

So what we’re doing here at The Better Meat Co. is subjecting our little microscopic fungi to a type of fermentation where- think about, for example, how a cow eats grass right? And then over a long period of time that cow converts grass into a steak. Well, our little microscopic fungi are eating potatoes and they are converting those potatoes into something that looks and tastes like meat through a fermentation process.

Unlike a cow, though, not only are our microbes not conscious and sentient and suffering.  Also unlike a cow, we don’t need the fourteen to twenty months or so, depending on how the cow is raised, before slaughter to get the “meat.”  We are running this fermentation where we’re harvesting our little mycoproteins in less than a day. So we go from potatoes to “meat” in less than one single day in this system here behind me. And I know it seems like magic but it’s not magic, it’s just science. It’s fermentation.

And so what we’re capable of doing is essentially using the fungi kingdom and all the amazing things it can do, making an alternative meat that is a whole food. It’s so meat-like in its texture that we don’t have to fractionate it and isolate it and extrude it. Just straight out of the fermenter it automatically has the texture of animal-based meat and so it’s a whole food. It’s not an isolate or a fractionate. It’s a whole food that we offer that is delicious, succulent and meat-like without the need for all of these steps to process it into something that looks and tastes like animal meat.

Elysabeth: OK,  you got that everybody?